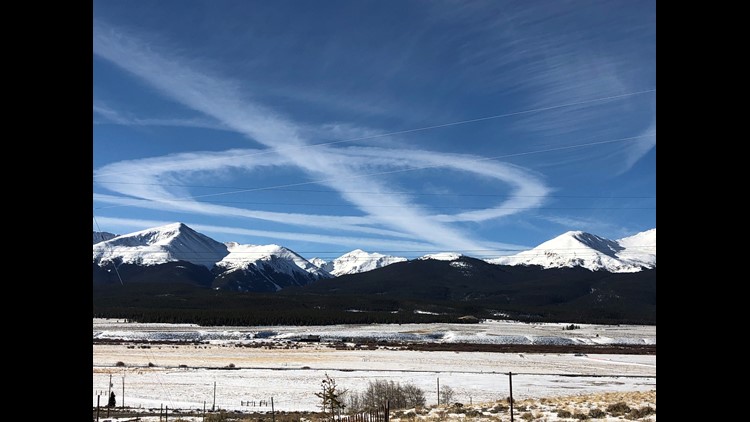 Mystery of this circular cloud over Colorado solved

LEADVILLE, Colorado — Several 9NEWS veiwers sent in photos of a mysterious looking circle shaped cloud on Friday. It was seen by mountain residents from Aspen to Leadville.

The cloud is called a condensation trail or contrail, It is cause by warm exhaust from jet airplanes mixing with the cold atmosphere. It is a very high level cirrus cloud, which explains why it was seen in so many different locations.

The National Weather Service office in Grand Junction caught the contrail on satellite imagery, as a plane made a circle over the Grand Mesa.

The likely culprit for this circular contrail was Delta Flight 442 bound for Salt Lake City from Ft. Lauderdale. The flight data shows the circle in its course. The reason for the loop is still a mystery, but planes will sometimes loop if the destination airport is busy.

Another meteorologist from the Grand Junction office added the flight data to a previous Tweet.