Without the ability to entertain people at the Boettcher Concert Hall, the symphony came up with a creative way to perform. 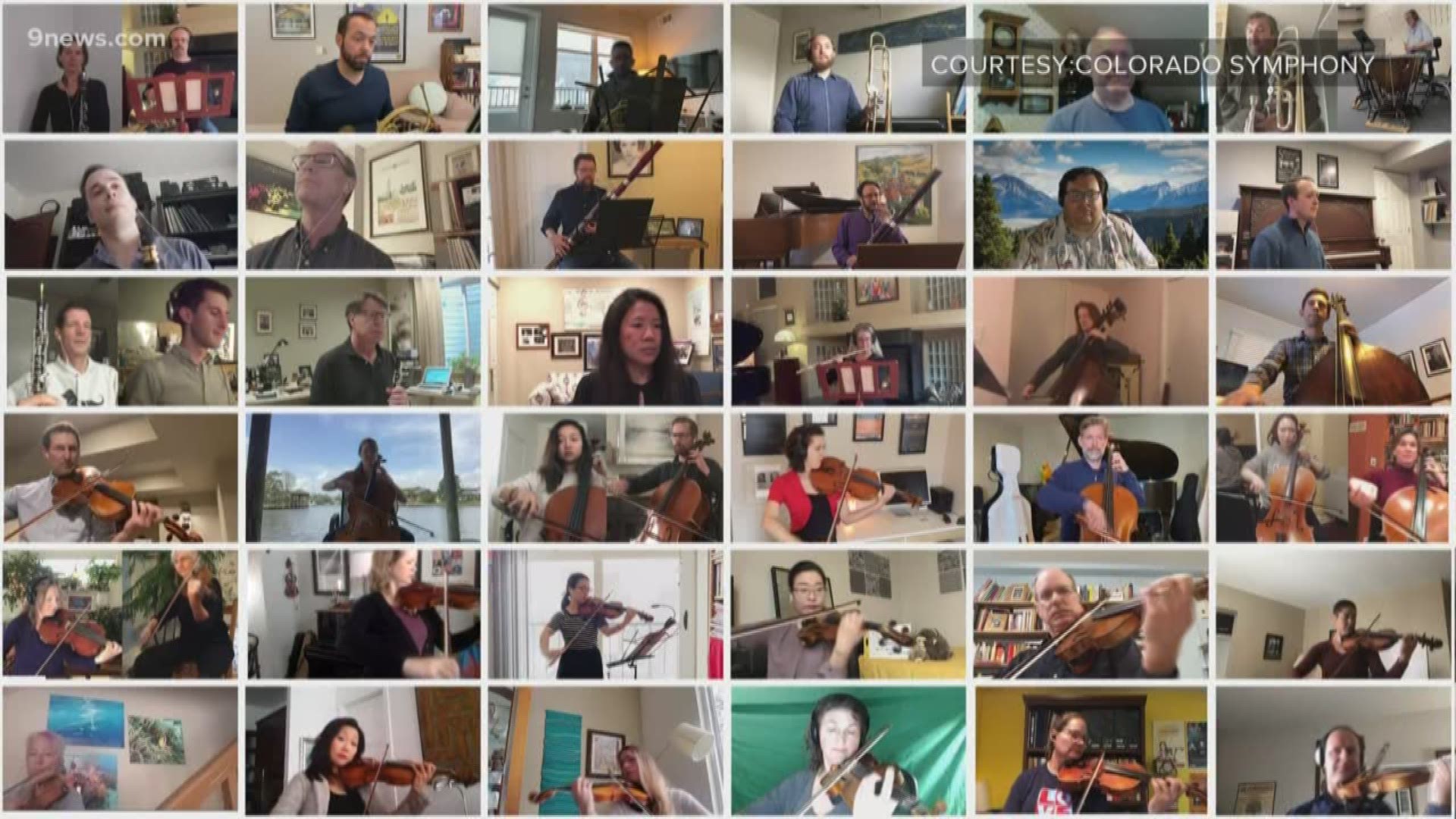 The musicians that make up the Colorado Symphony can’t perform live, they can’t get together for a jam session.

They, like most people in Colorado, are staying home to slow the spread of the virus that causes COVID-19.

“It’s tough for musicians,” said Pierce. “You feed off live performance. It’s tough to be away from your peers. A symphony orchestra is 80 people who live and work together. We see each other every day and we’re on stage every day making music and when that’s gone, you miss it.”

Without the ability to entertain people at the Boettcher Concert Hall, the symphony came up with a creative way to perform.

Beethoven’s 9th, the final complete symphony by the classical composer, was composed in the 1820s and is one of the most performed in the world.

The Colorado Symphony said they knew pulling off the performance while maintaining social distancing would be a challenge from a technical standpoint.

The most glaring challenge was overcoming the fact that the 40 musicians participating were not all in one room.

“We created a click track that kind of counted in and established the tempo, so people knew when to start,” said Pierce. “Each musician made their own individual video at home. Most of those were cell phone videos. Most of the audio was captured on cell phones.”

The musicians recorded their parts in their own living rooms, offices or studies then submitted their videos.

The audio from each was mixed and mastered to make sure the balances were right. Then the videos were edited together and the final product posted on the symphony’s social media pages.

“It’s a lot of thank-yous,” said Pierce. “It’s a lot of ‘hey, what else can we have? We want to experience music while we’re locked in.’ So, it’s been an overwhelmingly positive response.”

The musicians also said they enjoyed the experience.

“The musicians were all about this,” said Pierce. “They were excited. I mean, they’re hungry to share with the community what they do all the time anyway. You know, music is a universal language that speaks to everyone.”

Pierce said the symphony is excited to get back on the stage.

In the meantime, the organization is working through other ideas to provide special content and performances to fans.

“We’re working through things in real-time just like the whole world,” said Pierce. “We’re all being flexible.”

The Colorado Symphony said once it works things out, it will post its plans on its website and social media pages.

RELATED: Importance of learning to 'mentally and emotionally pace' yourself as you social distance

RELATED: Lights in the darkness offer hope in Colorado during pandemic