The cub was born July 25 and is healthy and alert, according to the zoo. He or she will make public debut in the coming weeks. 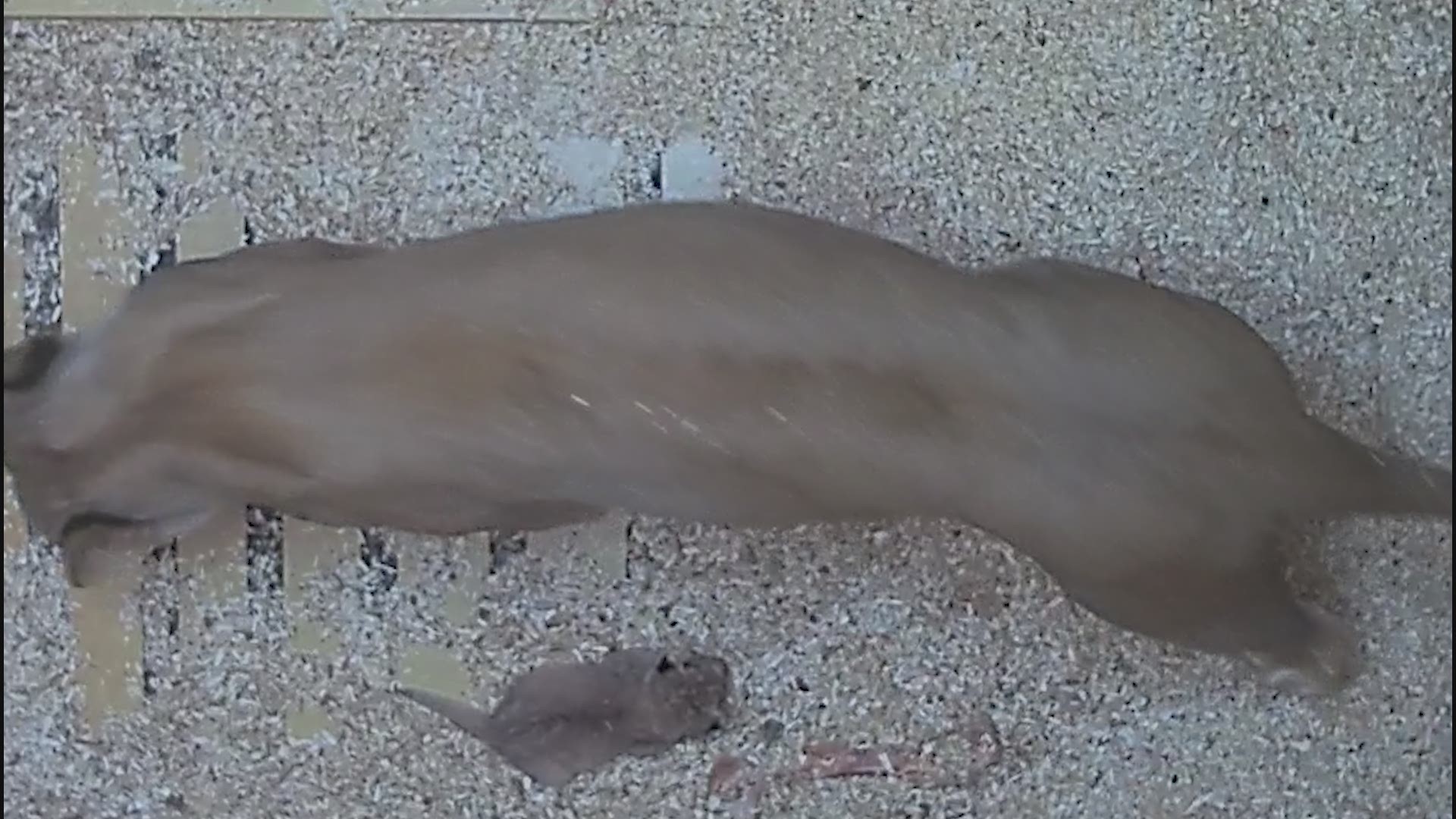 DENVER — The Denver Zoo is celebrating the addition of a new lion cub that was born last week.

The cub, whose name and gender are to be determined, was born July 25 to mom Neliah and dad Tobias

Neliah and her cub are both healthy and alert, the zoo said in a release. The cub will make his or her debut later this summer after bonding with Neliah and meeting the rest of the pride behind the scenes in Benson Predator Ridge.

They're spending most of their time in their den box, which the animal care team provided as an option for Neliah to deliver and nurse because it mimics the space she would seek in the wild.

While she has access to other areas of Predator Ridge, she chose the den box because it gives her a sense of security, and will use it as the primary space for the cub for the next six to eight weeks.

Guests can catch a glimpse of Neliah and her cub on the TV screens in Pahali Ya Simba in Benson Predator Ridge before his or her public debut in the coming weeks.

Half of Africa’s lions have disappeared in the past 25 years and the species faces growing threats from poaching, loss of prey and habitat destruction. The cub’s birth is a huge success for the Lion Species Survival Plan (SSP), which ensures healthy, genetically diverse populations of lions within Association of Zoos and Aquariums (AZA) institutions, and is managed by Denver Zoo Vice President for Animal Care Hollie Colahan.

The SSP recommended Tobias move to Denver Zoo in 2018 as a potential mate for Neliah and her daughter, Kamara.