The herd of 150 elk was spotted running through the foothills during a particularly foggy morning in Colorado. 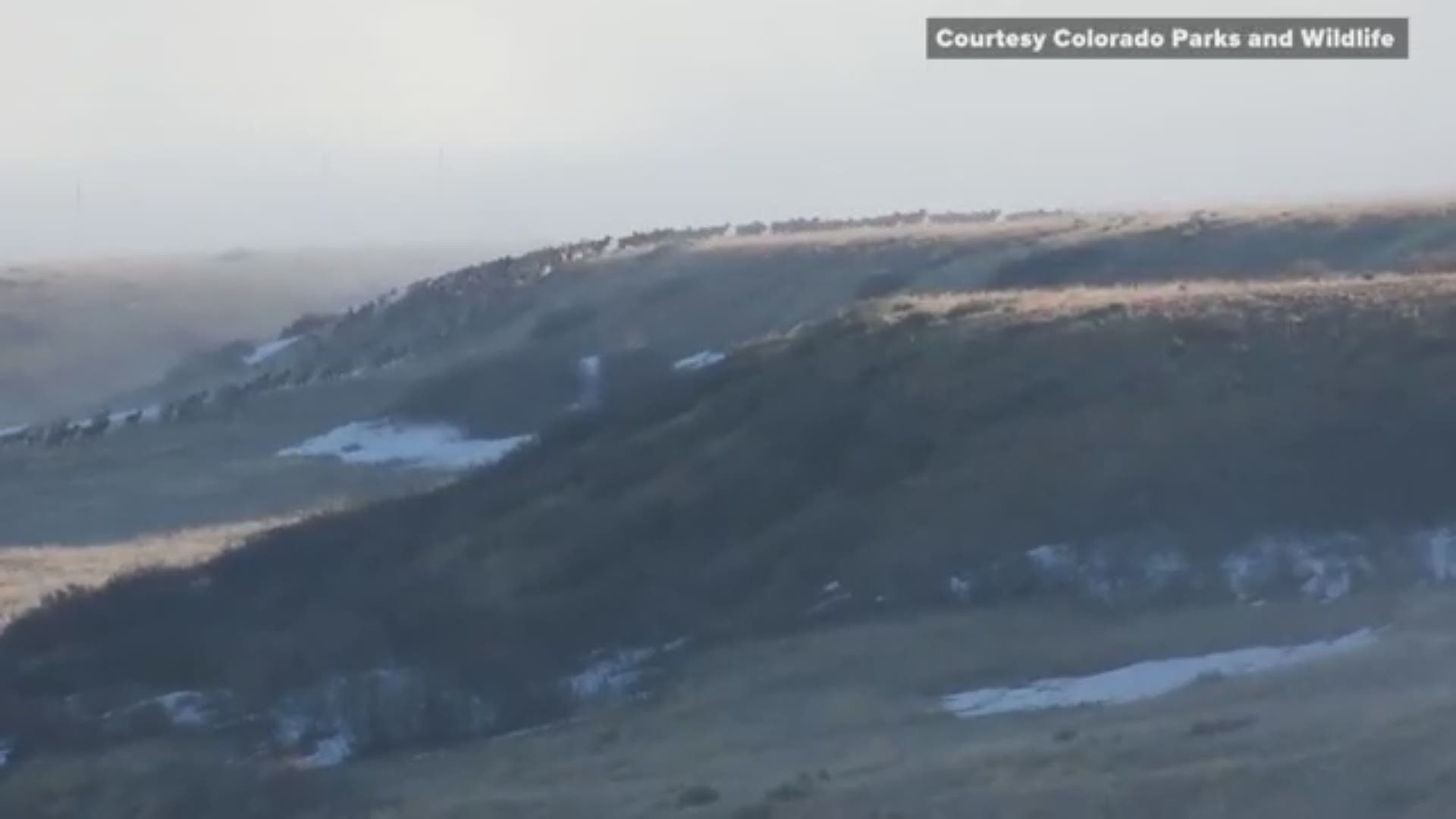 DENVER — A foggy morning offered an incredible glimpse of a large elk herd running through the foothills 20 miles northwest of Denver.

A video first tweeted by Colorado Parks and Wildlife (CPW) shows the herd of 150 animals moving together during a particularly foggy morning Wednesday and enjoying a nice snack.

> Watch the full video in the player above.

That’s a lot of elk, but a minuscule number compared to the state’s overall population of the animal. There are some 287,000 elk in Colorado – the largest population in the world, according to CPW.

For what it’s worth, wapiti is the preferred name for elk in the rest of the world, because “elk” typically refers to the animals we know as moose.

RELATED: WATCH | Man dives out of the way of provoked bull elk

Elk used to range throughout Colorado, but when European settlers showed up, market hunting nearly drove the animal to extinction. By 1920, CPW said only a few hundred elk remained.

Luckily, wildlife officials were able to restore the herds in part by transplanting elk from Yosemite.