Over the next few weeks, thousands of lights and ornaments will be added to the 55-foot tall tree. 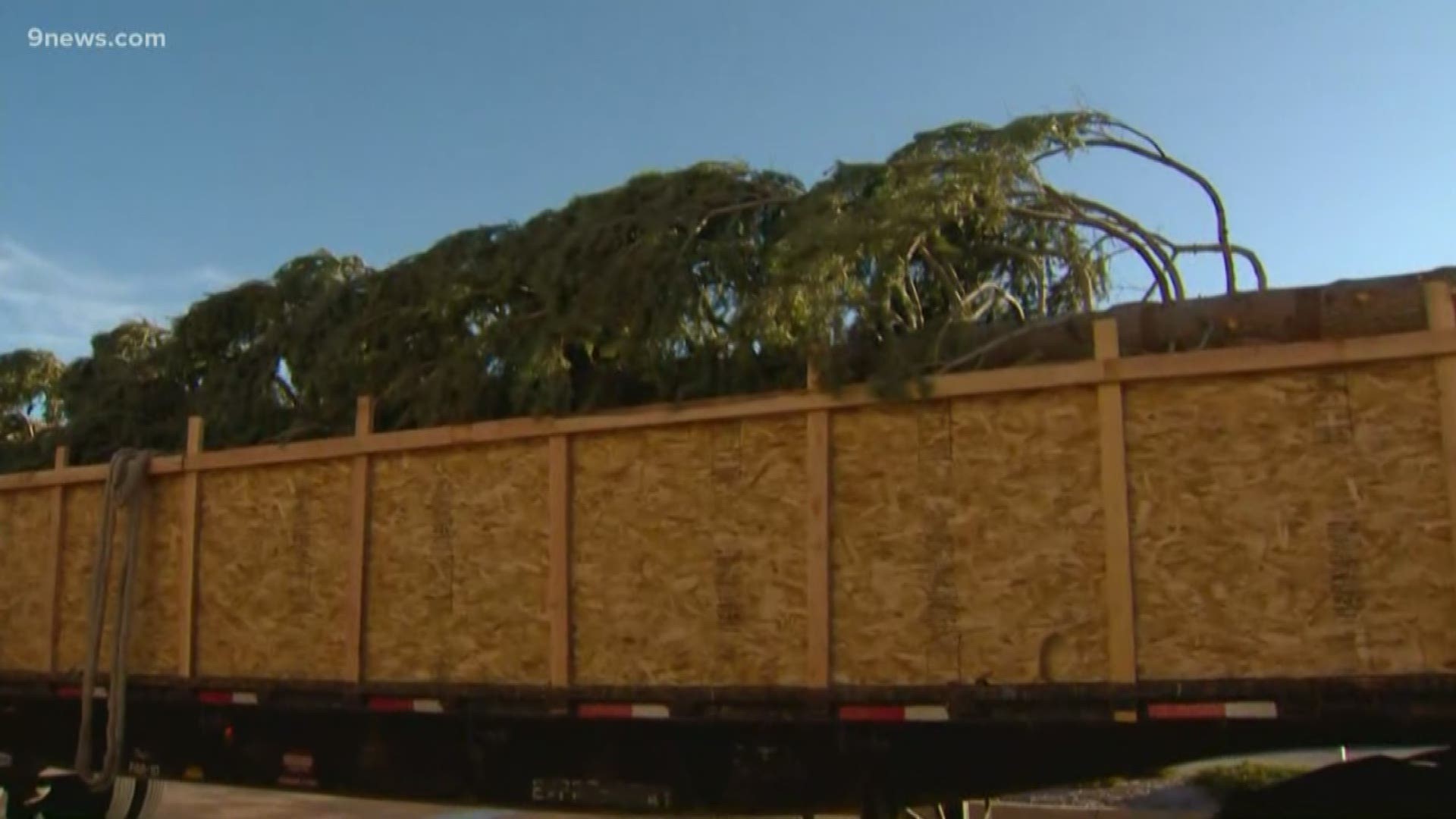 Selected from the Shasta-Trinity National Forest as part of a forest manicuring project, the Christmas tree will remain at the center through the end of the year.

At 55 feet, the tree stands more than 10 feet taller than the big blue bear at the Denver Convention Center. While it may seem early for the tree's arrival, organizers said it takes multiple weeks to trim such a large tree.

Over the next few weeks, more than 8,000 lights and 5,000 ornaments will be added in preparation for the 14th Annual Tree Lighting Concert set to take place on Nov. 16.