Big Boy No. 4014 made whistle-stops in several communities before arriving in Denver Sunday. 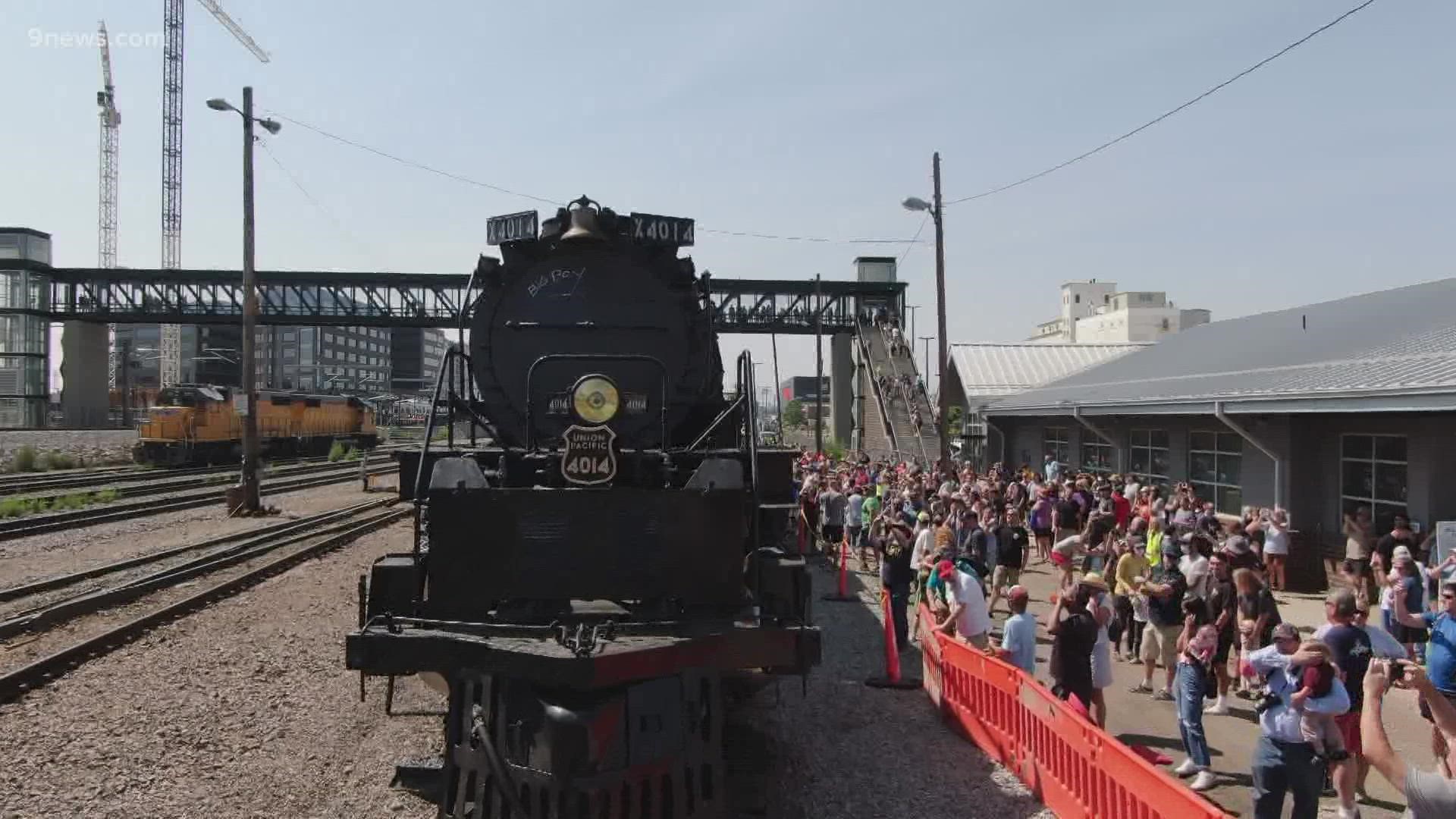 DENVER — The world’s largest steam engine steamed back into Colorado over the Labor Day weekend.

Union Pacific’s famed Big Boy No. 4014 is visited a total of seven Colorado cities on its cross-country tour. The locomotive made whistle-stops in four eastern Colorado towns before arriving in Denver.

Now on a 10-state tour, the Big Boy arrived in eastern Colorado on Sunday, before a public display on Monday near Denver's Union Station.

This is the first time Big Boy No. 4014 has gone on tour since its post-restoration debut in 2019 to celebrate the 150th anniversary of the transcontinental railroad’s completion. The steam locomotive was built in the 1940s to conquer mountains while carrying equipment during World War II.

Big Boy No. 4014 left its home base at the Union Pacific Steam Shop in Cheyenne on Aug. 5 and will return home Tuesday after making more than 90 whistle-stops in small communities and public-display events in five major cities.