Denver B-cycle ends operations in the city on Thursday

The nonprofit B-cycle owner said ridership has been declining as competition continues to increase. 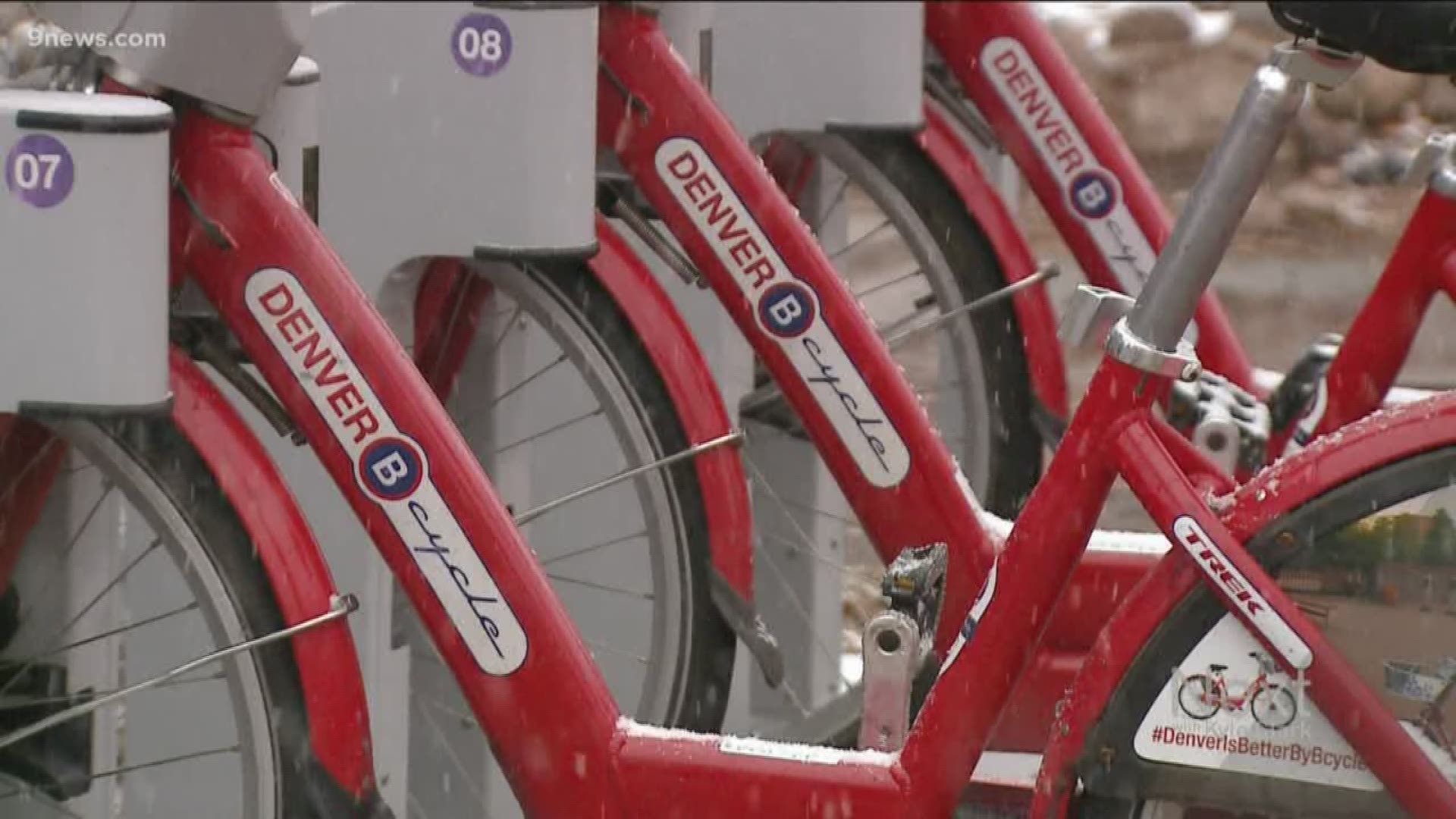 But Denver Bike Sharing, the nonprofit owner-operator of B-cycle, said the discontinuation is not necessarily bad news. In fact, the nonprofit said it's hopeful for the future.

"Denver Public Works is going to go out to bid next year for one or more companies to exclusively operate bikeshare and electric scooter services in Denver," said Heather Burke, a spokesperson for the department, back in November.

Scooter, e-bike and dockless bike companies currently operate in Denver on a permit system. The announcement means only the company or companies on the contract will be allowed to operate in the city.

"Basically, a contract is going to help us have more of a partnership. Like a stricter structure for these types of mobility to operate," Burke said. "There will be a competitive bidding process, so we’ll be able to ensure that we’re getting the most qualified organization to help us meet our mobility goals in the city."

The department expects to issue a Request for Proposals (RFP) from interested companies in January, around the same time the 700 B-cycles will be removed from Denver streets.

Denver Bike Sharing said it wants to be one of the companies on the new contract with Public Works.

"We’re already in talks with a new vendor to partner with to hopefully go after the RFP, win and get bikes back out on the streets as fast as we can," said Denver Bike Sharing executive director Mike Pletsch.

“We are faced with an aging system that needs to be replaced. And upgrading our current product is not financially viable,” he said.

Pletsch noted that the sharing economy has changed dramatically over the years and has created numerous challenges for B-cycle to remain sustainable.

"It definitely had its profitability over the years," Pletsch said, "but it was April 2010 when the majority of the B-cycle system was installed, so it’s definitely time for an upgrade."

For years, the Denver B-cycle system relied on tourists and walk-up customers to subsidize ridership of Denver residents. When asked if the arrival of electronic scooters was a factor in B-cycle's declining ridership, Pletsch said, "absolutely."

The decision to end operations of Denver B-cycle was made by the Board of Directors of Denver Bike Sharing.

“When Denver Bike Sharing launched Denver B-cycle back in April 2010, we did so with the latest in technology and equipment to ensure our nonprofit organization had the greatest opportunity to be successful in serving the Denver community. Over 5 million rides later, it’s time to look again for the latest in bikeshare innovation,” said Pletsch.

RELATED: Why this Denver man uses B-cycle instead of his own bike

No information was provided on what the new collaboration might look like or when it might launch, but Pletsch is confident that Denver Bike Sharing will be an attractive candidate for the public works contract.

"We’re going to be stepping into the RFP process with 10 years of knowledge and experience in the industry. It’s going to take a lot for some of these other operators to step in and say that they can do it even better," Pletsch said. "If the city of Denver truly does believe that other people can do it better than the city deserves it."

B-cycle will cease operations after January. Current holders of the “5280” pass may use them on a continuing basis through Jan. 30, 2020. The 5280 Free Rides Program provided residents unlimited free rides of 60 minutes or less for the 2019 calendar year, but an additional month will be added for those members.