Winter-like weather brings another challenge for bars, restaurants struggling in a pandemic

Counter Culture Brewery and Grille has room for 12 tables on 7th Avenue, but their taproom is too small to seat people under current public health orders. 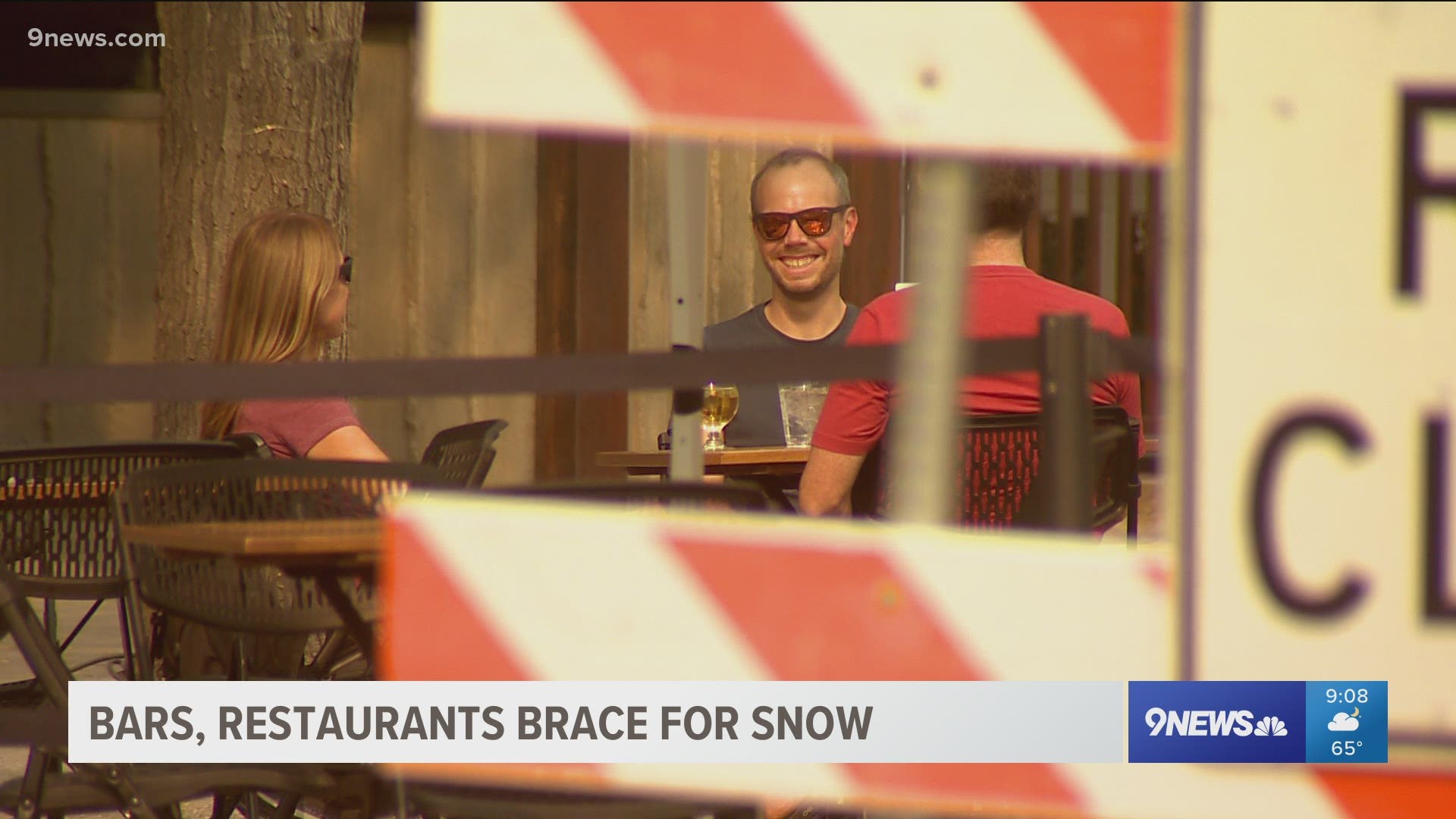 DENVER — Tuesday temperatures will give businesses a taste of how the extra patio seating could work in winter.

According to Denver's Department of Excise and Licensing, the city approved 318 applications for temporary outdoor expansions for bars and restaurants since Aug. 27.

A closure on 7th Avenue has allowed the Counter Culture Brewery and Grille to stay open, according to the owner, Kevin McCrossin.

"My business was going to go under," said McCrossin.

He said his taproom is too small to seat people inside under current public health guidance. He said he agrees with that guidance, but was thankful for the opportunity to put 12 tables on 7th Avenue.

But moments often change, and this time it's not a new public health order, but impending cold weather that could keep customers from sitting outside.

“My joke is we’re all kind of racing to see how much money we can make in like eight to 12 weeks because I think we all kinda know that the winter is going to be real different," he said.

He said he doesn't expect people to be sitting outside in the first snow of the season on Tuesday, but he does hope the city keeps the street closures in place long past the scheduled end date of Oct. 31.

“We will get some action in the winter time," he said. "Not on a 30-degree day with no walls and a blustery wind coming down 7th Avenue, but they’ll definitely be plenty of days where it’s maybe 45 and sunny and people are down."

And he's not counting out the middle of this week just yet. He's seen too many schools cancel on sunny days.

The street closures for expanded seating were initially supposed to end on Labor Day, but the city extended them until Halloween, and they have not announced if they will extend them a second time.