It's the first time initial claims have been under 5,000 for consecutive weeks since the coronavirus pandemic began, CDLE said. 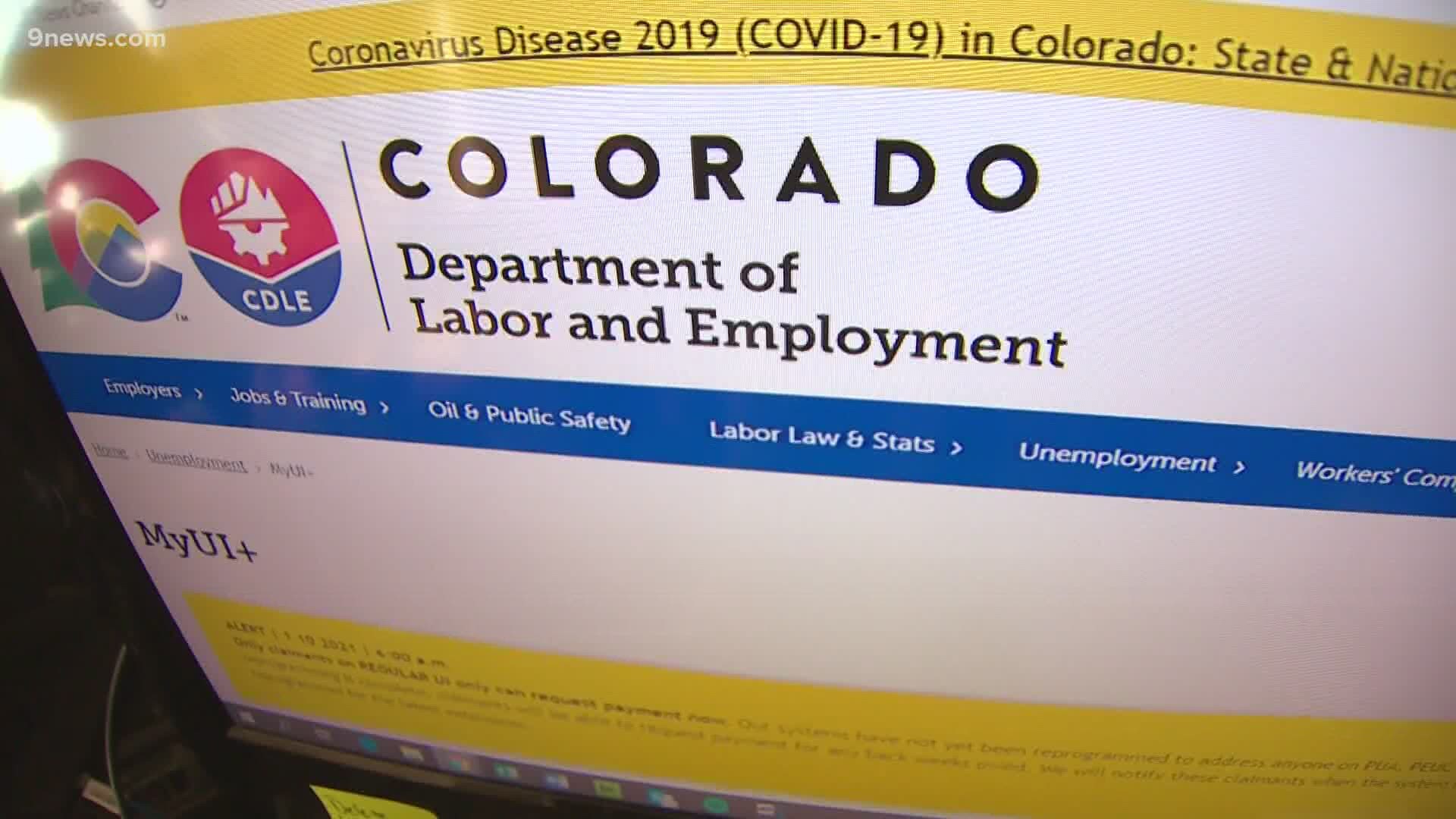 DENVER — The Colorado Department of Labor and Employment (CDLE) estimated 4,395 initial regular unemployment insurance (UI) claims were filed to week ending May 8, and $19.7 million in benefits were paid out.

CDLE said this is the first time since the COVID-19 pandemic began in March of 2020 that there have been consecutive weeks with less than 5,000 claims reported.

Part of that decline happened when the requirement to go through the ID.me identification process to all claimants was implemented at the beginning of April.

However, CDLE Executive Director Joe Barela said the significant decline in initial claims is not due to legitimate claimants being denied by the ID.me process.

“The significant decline in initial claims is not due to the small population of legitimate claimants experiencing tech issues with ID.me,” Barela said. “We’re seeing a decline because ID.me is stopping criminals from attacking Colorado’s unemployment system. While it’s still too early to attribute the decline in claims to economic recovery, we do know for certain that ID.me is preventing the influx in fraudulent activity we have experienced throughout the pandemic.

We are aware that some legitimate claimants will experience a hold after completing ID.me, and we continue to explore and implement ways to streamline the investigation process while remaining fiscally responsible.”

CDLE also said that ID.me continues to identify and prevent new threats to its system.

"Just this week, ID.me identified and prevented a new attack that involved criminals swapping IPs, devices, and line types in an attempt to bypass ID.me’s controls," CDLE said in a release. "ID.me has also discovered conversations happening on the Dark Web between criminals including hackers, identity thieves and international crime rings in Russia, China, Nigeria, and Ghana exchanging information about unemployment processes in states not using ID.me, pushing criminals to attack those states."

RELATED: Without a smartphone, one woman hasn't been able to get her unemployment benefits for 5 weeks

The number of Americans seeking unemployment benefits fell last week to 473,000, a new pandemic low and the latest evidence that fewer employers are cutting jobs as consumers ramp up spending and more businesses reopen.

Thursday’s report from the U.S. Department of Labor showed that applications declined 34,000 from a revised 507,000 a week earlier. The number of weekly jobless claims — a rough measure of the pace of layoffs — has fallen significantly from a peak of 900,000 in January. Instead of cutting jobs, many employers are struggling to attract enough applicants for open positions.