A Denver officer and a case coordinator helped a man experiencing homelessness rent an apartment ahead of Christmas. 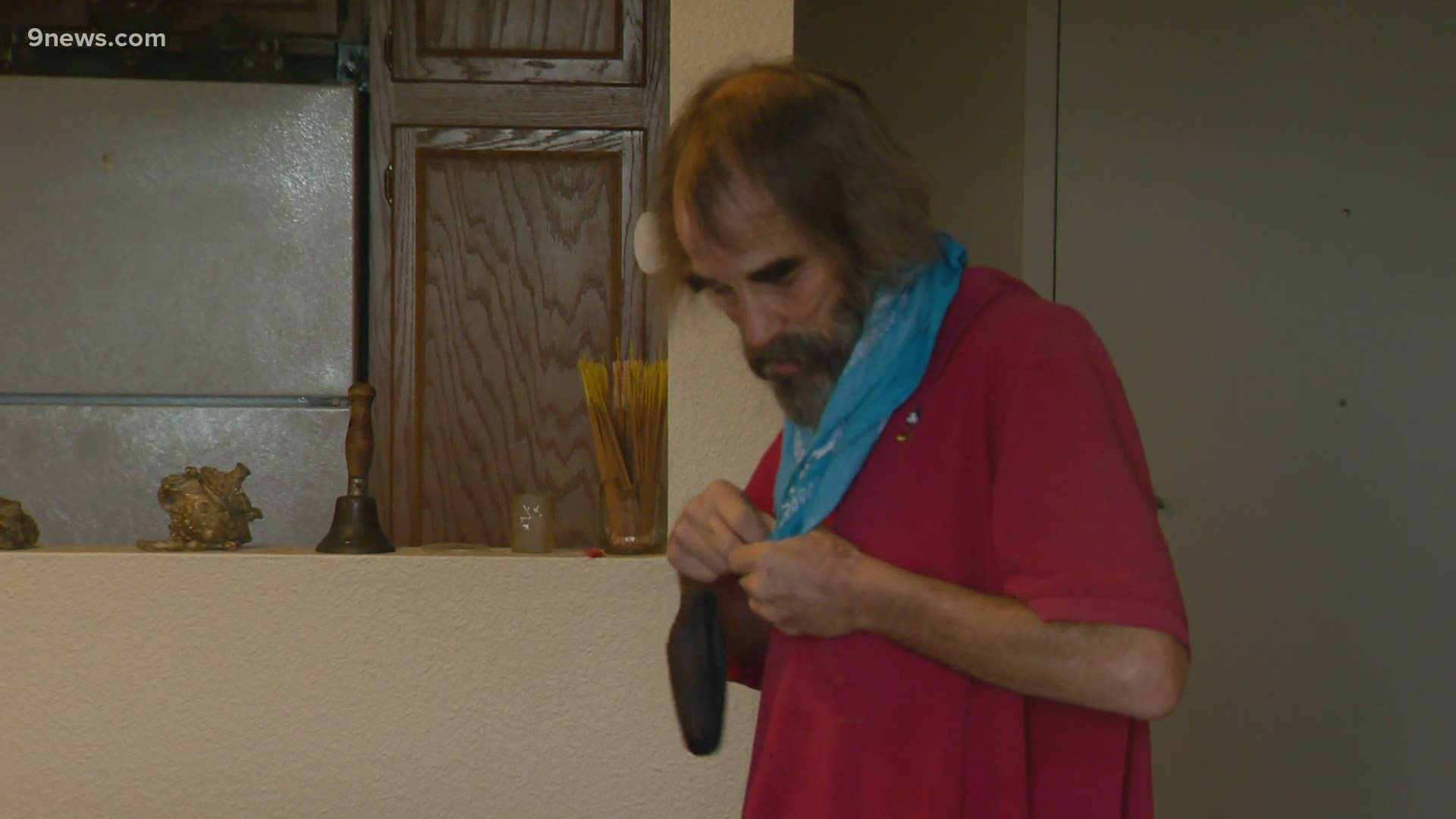 DENVER — Jerry Langley is having a much netter holiday season than the one he was expecting just a few months ago.

Langley was homeless for most of 2020, living out of his car with his pocket-sized dog in southwest Denver. His wife had died about two years ago, his mother a short time after that, and, though he had some income, he had basically run out of money.

"Every three days I had to panhandle to get enough propane and something to eat. to cook with in the car," Langley said.

And then, in early November, Denver Police Officer Jerami Chavez and outreach case coordinator Karen Villagrana entered Langley's life — and his story finally took a turn in a positive direction.

"Every day on my way to work I would see that vehicle on Tennessee and Santa Fe," Chavez said. "That's our job, that's what we're supposed to do."

"He didn't have access to a computer or internet, or phone, even," said Villagrana. "We started reaching out to other agencies, other partners."

Villagrana said for two weeks after first meeting Langley, she helped him compile the paperwork and fill out the forms required to rent an apartment.

Then she found him a place on Downing Street and, thanks to the generosity of a local business person, Langley was able to put down a security deposit and the first two months of rent.  He moved in just before Thanksgiving.

"Really blessed, more than you ever dreamed," said Langley.

Langley said he's looking forward to a quiet, and warm, Christmas with his dog in their new apartment. He said he plans to make meatloaf and maybe buy a few plants for his new place, but, mostly, he just wants to just relax.