What we know about the deadly shooting in Olde Town Arvada

Officer Gordon Beesley, 'good Samaritan' John Hurley and the suspect were killed in the shooting, according to police. 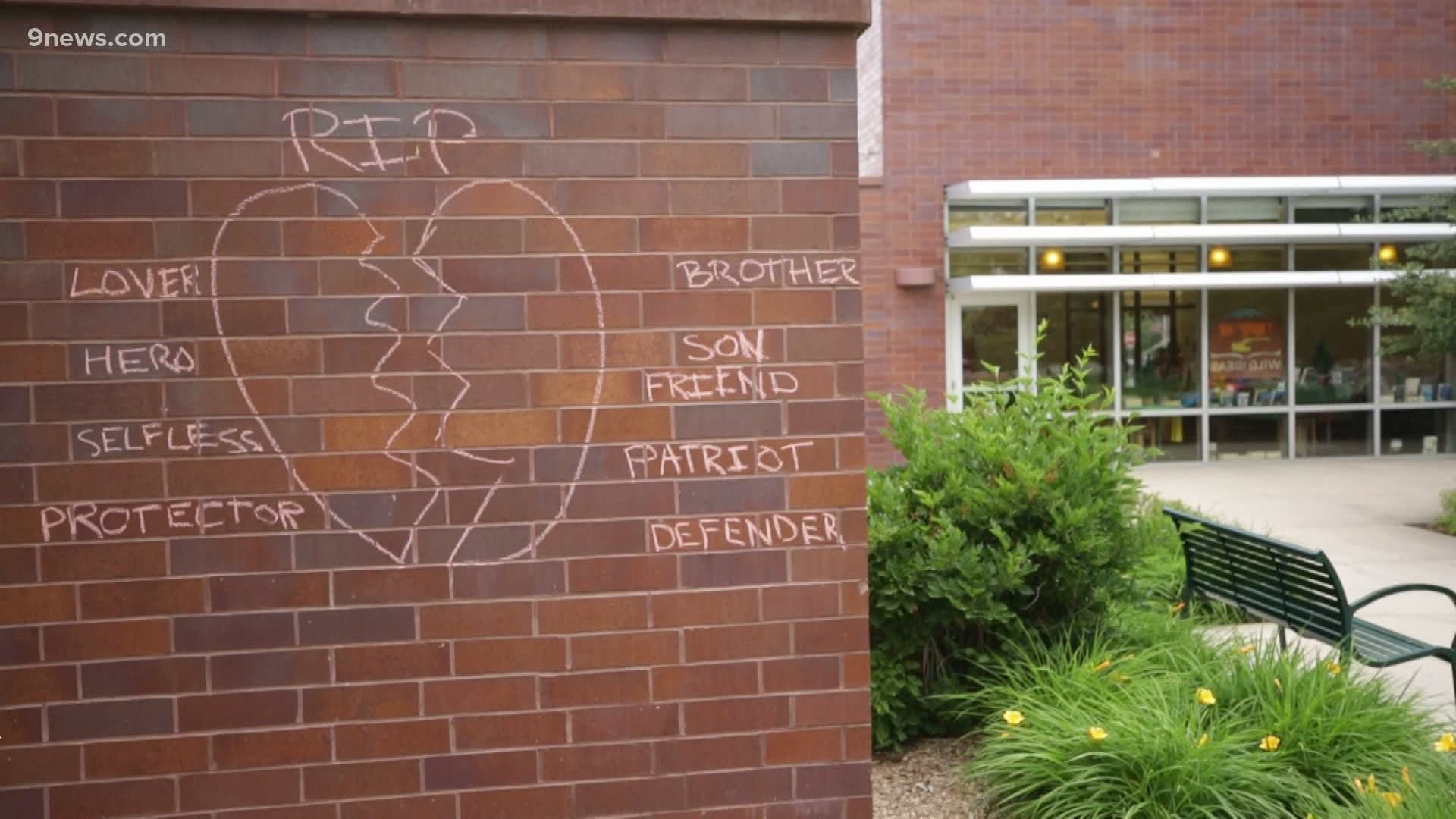 ARVADA, Colo. — An Arvada Police officer, a man witnesses said was acting as a good Samaritan and a suspect were killed in a shootout that happened in Olde Town Arvada on Monday afternoon.

Police first received a call of a suspicious incident at about 1:15 p.m. in Olde Town Square near the Arvada library. Fifteen minutes later, dispatchers received calls from people nearby reporting that shots had been fired and an officer was down.

The fallen officer has been identified as Gordon Beesley, a 19 year veteran of the Arvada Police Department who was spending his summer working patrols. He also worked as a school resource officer at Oberon Middle School, and had previously been at Lincoln Academy and Excel Academy Charter School.

Arvada Police Chief Link Strate said the suspect, identified by the Jefferson County Coroner's Office as 59-year-old Ronald Troyke, had targeted Beesley because of his uniform and that he had a "hatred" for police.

Johnny Hurley, who witnesses said sprang into action when he heard gunshots, was also killed.

Sources confirm to 9NEWS that an Arvada police officer responding to Monday's incident shot Hurley, a 40-year-old from Denver. One source said the First Judicial District Attorney, Alexis King, stopped Arvada police officials from disclosing any details about the shooting not directly related to Beesley.

During a news conference earlier this week, Strate praised Hurley for his action, but was mum about who shot who.

"He was a true hero who likely disrupted what could have been a larger loss of life," APD Chief Link Strate said.

Arvada Police said they're finishing witness interviews and waiting on forensic evidence before sharing more information on what exactly happened. It's unclear who shot the suspect.

“I extend my deepest sympathies to the families and loved ones of Officer Gordon Beesley and John Hurley. Under my authority, Jefferson County’s multi-agency response team, helmed by highly qualified and trained personnel from across our law enforcement agencies, is currently conducting an independent and exhaustive investigation of yesterday’s tragic events. Consistent with our ethical obligations, we will have no further comment pending the completion of the investigation.”

The shooting led to two shelter-in-place orders in the vicinity of the shooting, which is in an area of Arvada with heavy pedestrian traffic and multiple retail stores and restaurants.

Those were lifted that night, and the Arvada Library closed for the entire day due to the police activity and investigation.

"It's a very sad, dark day," Arvada Mayor Marc Williams said. "We got through a pandemic; we'll get through this."

On Monday, first responders from around the metro area gathered to take part in a procession, escorting the fallen officer's body from the scene. The Arvada Water Tower was also lit in blue Monday night in honor of Beesley.

APD said the only official donation site is the Colorado Fallen Heroes Foundation. The Colorado Fallen Hero Foundation said all donations received in the next month will be given to Officer Beesley's family. After that time period, donors may specify that their gift is intended for the Beesley family, according to the Jefferson County Sheriff's Office.

Beesley was highlighted in a 2015 9NEWS story profiling his friendship with a boy who had developmental disabilities.

A memorial to Beesley has continued to grow in Arvada.

The Colorado Fallen Heroes Foundation (CFHF) is raising funds for Beesley's family through an online T-shirt sale. CFHF said the funds will be distributed directly to the Beesley Family.