'I'm reveling in the fact that I got him': Former Denver officer tracks down man who shot him in 1971 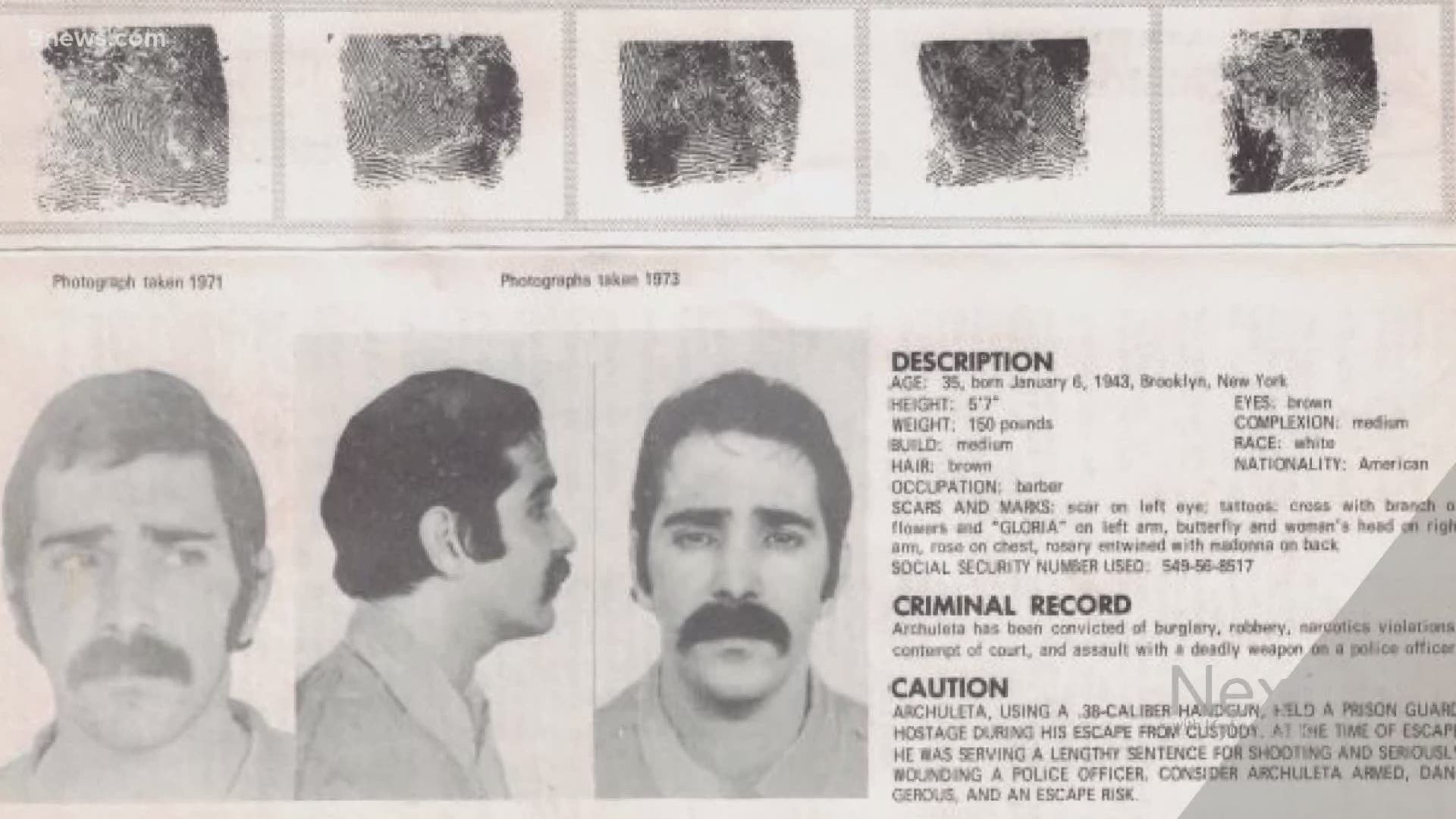 ESPAÑOLA, N.M. — A former Denver Police Department (DPD) officer helped track down the man who shot him and had been on the run since escaping from prison in 1974.

"I'm reveling in the fact that I got him," said Daril Cinquanta, the former officer who has since retired and started his own private investigation firm.

Cinquanta was shot in October 1971 in the 4400 block of Mariposa Street. A Denver jury in March 1973 found Luis Archuleta guilty in connection with the shooting, according to Denver District Attorney Beth McCann.

Archuleta was serving time for that crime when he escaped in 1974 from a Colorado Department of Corrections facility. A federal arrest warrant was issued for Archuleta (aka Larry Pusateri) in 1977 on charges stemming from his escape

Earlier this week, the FBI announced that he was apprehended and is being returned to Colorado following his arrest in Española, New Mexico.

It's all thanks to Cinquanta, who never stopped making phone calls and doing door knocks in hopes of tracking down the man who shot him. This summer, it paid off.

"On June 24, I get a phone call from an individual and this person says, 'I've thought about it, and I'm gonna tell you where the guy is who shot you,' And of course, I was skeptical," Cinquanta said. "Forty-six years later, and out of the clear blue I get a phone call. Well, this person gives me his address and his alias...and other facts that meant nothing at the time."

He did additional research and became convinced it was the man he had been searching for. Espanola Police and the FBI got involved and confirmed it was him.

The FBI said Archuleta, now 77, had been residing in Española for about four decades under the alias Ramon Montoya.

"They surrounded it with a swat unit and they went in a got him," Cinquanta said.

He said he plans to pay a visit to him once he's back in custody in Colorado.

"I'm gonna try to see him.I would love to sit down and talk to him," he said. "He may or may not talk to me who knows."