The department said they are investigating hundreds of tips to identify those responsible for Saturday night's disturbance that injured three SWAT officers. 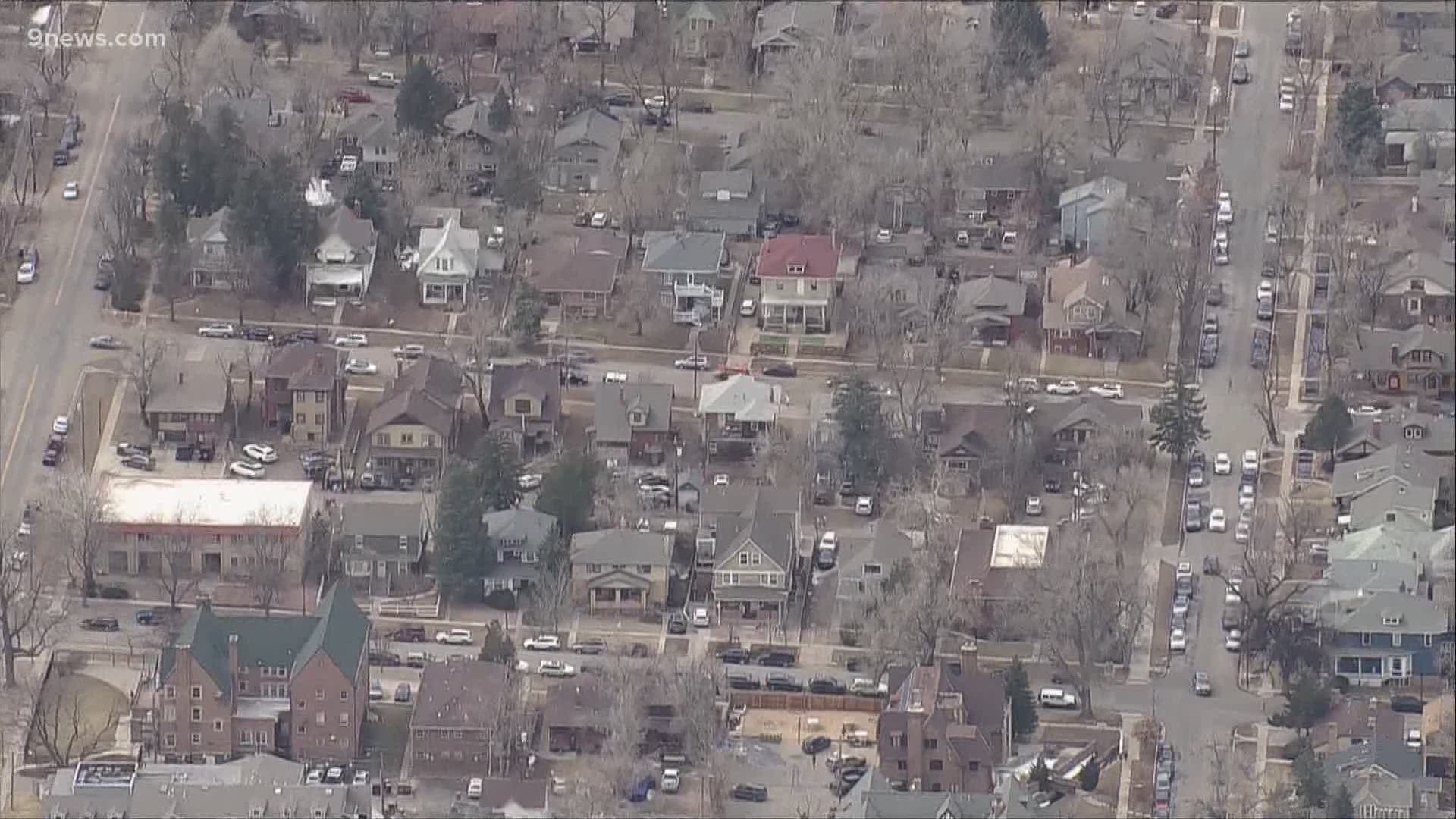 BOULDER, Colo. — The Boulder Police Department (BPD) has released a timeline of its response to a party attended by several hundred people near 10th Street and Pennsylvania Avenue Saturday night that turned violent and destructive.

BPD has made no arrests. Still, police said they are looking for those responsible and plan to take action against anyone – many believed to be students – that organized, did not disperse or caused any property damage.

Those with information, photos or videos of the incident are asked to upload it through the city's website.

BPD described the sequence of events as follows:

Officers arrived at residences located at 12th and 13th streets for reports of parties. BPD said they issued warnings for violations of the public health order and said those present were receptive. BPD said these individuals are separate from the disturbance later on.

Just before 5 p.m.: Reports of a large party

BPD said they began receiving calls about a large party happening on 10th Street between Pennsylvania Avenue and College Avenue.

Officers that regularly patrol that neighborhood, BPD's Neighborhood Impact Team, went to the gathering in an attempt to break it up.

Looks like there’s a mask-less party on the Hill in Boulder. Awful, awful look when we’re this close to the end of the pandemic. @CUBoulderPolice @boulderpolice can something be done? pic.twitter.com/UIyD6Gsbhr

Boulder county activated SWAT. Officers said they set up an incident command post and sent out officers in plain clothes to monitor the situation.

Students who attend CU Boulder received an alert about the disturbance.

Those gathered were asked to disperse their unlawful assembly due to the conditions. BPD said these announcements were made three times in the area of 10th Street and College Avenue.

Reports of large groups of students moving toward campus came in. Back at the site of the disturbance, while officers made announcements, people began assaulting them with rocks and bottles.

BPD said at least three SWAT officers were struck with rocks, some the size of softballs.

It was then that law enforcement deployed pepper ball projectiles directed at the ground and two canisters of smoke and one of tear gas. BPD said due to the wind; the gas was not effective.

Given the number of people at the event, BPD said the officers were pulled and told to observe crowd actions. Using a "toned warble noise" from the Long Range Acoustical Device to clear the crowd from in front of their vehicle, officers left the area.

Mitchell Byars, a Daily Camera reporter who was on scene, tweeted a photo of the gathering.

The windshield to the armored vehicle was shattered at this time.

Another alert sent to CU Boulder students read that people in the area could be subject to arrest and CU sanctions, warning them to avoid the Hill until further notice.

Individuals jumped on a Boulder Fire Rescue engine that drove through, causing damage.

Three SWAT offices sustained minor injuries when they had bricks, rocks and other objects thrown at them, BPD said.

Vehicles belonging to community members were damaged, including one flipped by the mob. One car was damaged as people threw objects at it as it headed south on 10th Street.

Other cars were jumped on, police said, and street signs in the area were damaged.

Images of the damage to vehicles, not just the car that got flipped, during last nights University Hill riot in #Boulder (pics via @photojmatthew) pic.twitter.com/8Mutp5fhN7

One woman's vehicle was tipped over and damaged by the crowd. Isabella Sackheim, a CU student, said she was visiting a friend who lived there when it happened.

"Definitely pretty crazy," she said by phone Sunday morning. "I didn't believe it at first, but yeah, really crazy."

Her vehicle sustained damage to the rear bumper, and the back windshield was shattered. When others saw what had happened, they started sending her donations through the Venmo app to help with repairs.

"I think it shows the good and the bad," she said.

Students and community members came out Sunday morning to clean up the streets after the party.

"I know a lot of CU students wouldn't want to get up at 8 a.m. on a Sunday morning, but a lot of them did," said Hailey Baker, senior at CU Boulder.

Baker said they were able to clean up most of the glass that was on the street.

She called Saturday's events disheartening but was grateful for the classmates that did help with cleanup efforts. "I just think that we should show up when things like this happen and keep our community clean and show everyone else that you know, even though we may not have been the cause of this destruction, we could still help keep Boulder beautiful."

Those who organized, did not disperse and caused property damage will be held responsible legally, economically and, when appropriate, academically, officials said during a news conference Sunday.

>> Watch the full news conference below 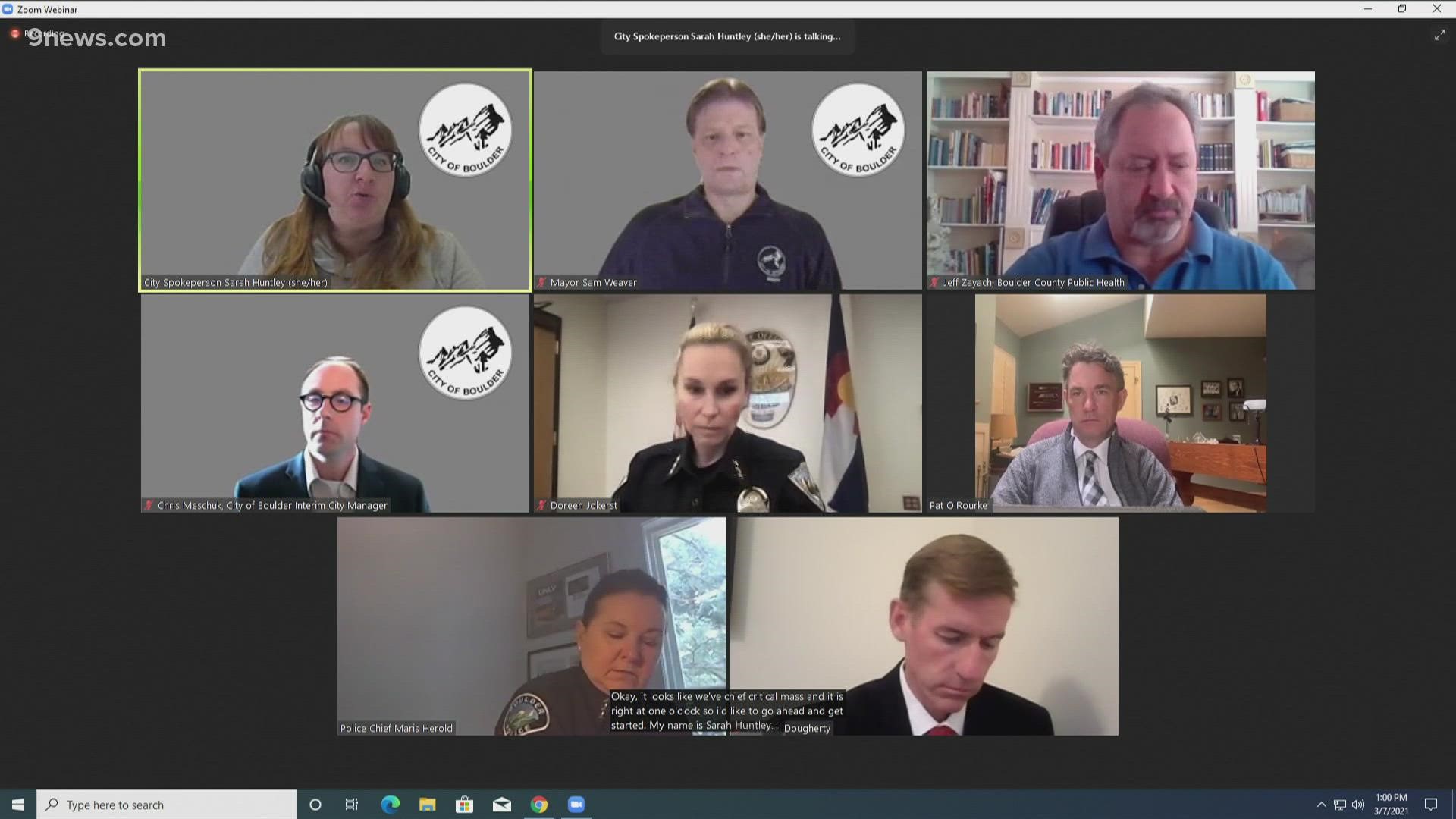