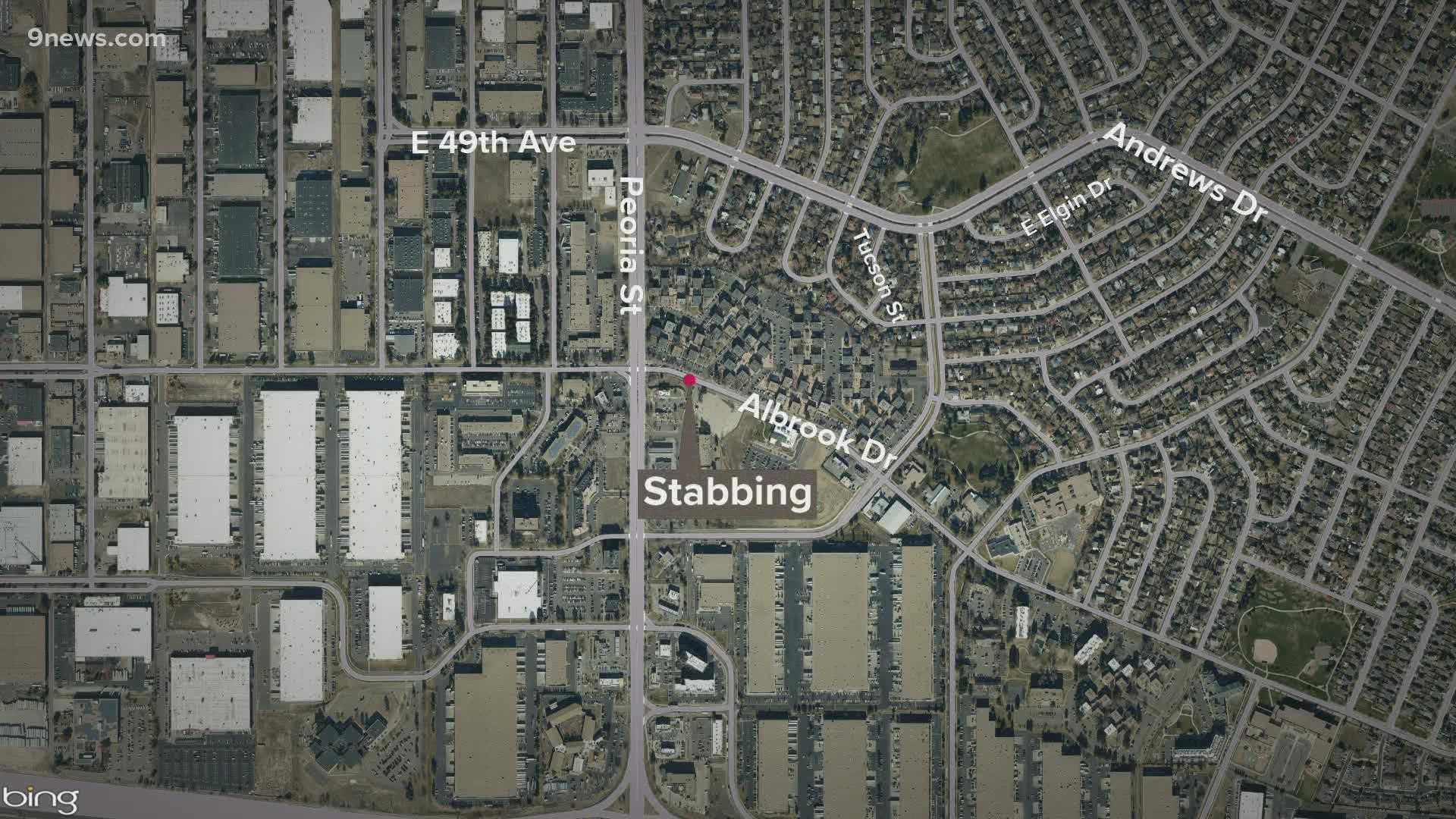 According to police, the body of the victim was found about 3 a.m. in the 12200 block of Albrook Drive, near Peoria Street.

DPD said it appeared the man was stabbed, and the case was being investigated as a homicide.

On Tuesday the coroner's office identified the victim as 29-year-old Luis Alvarado. He died from sharp force injuries, according to the coroner.

Anyone with information can contact Crime Stoppers at 720-913-7867 or metrodenvercrimestoppers.com. Tipsters can remain anonymous and may be eligible for a reward of up to $2,000.