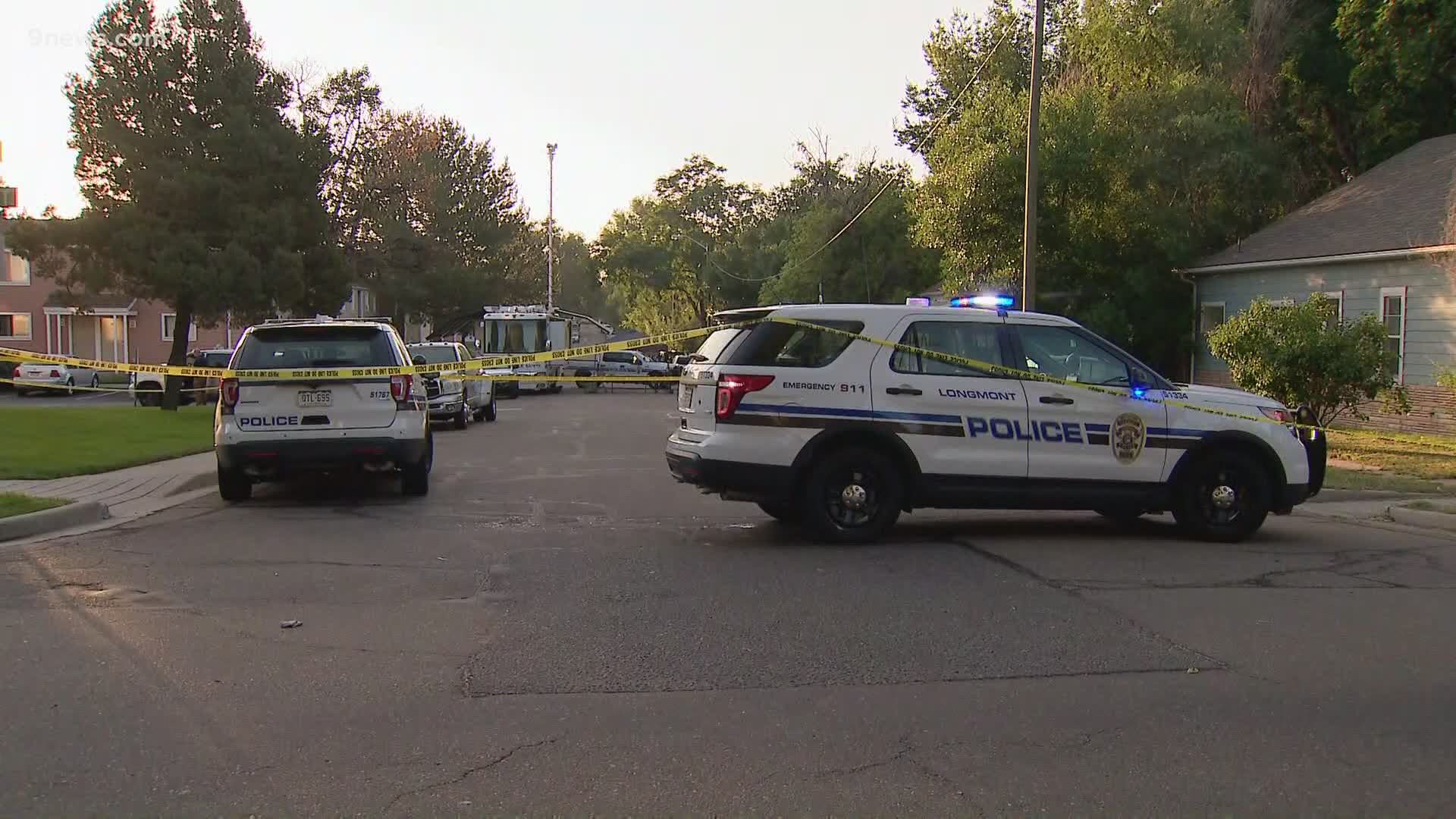 LONGMONT, Colo — The two Longmont officers who shot a suspect who turned out to be armed with a BB gun will not face criminal charges, according to a news release that was distributed Thursday afternoon by the Boulder County District Attorney’s Office.

“Both officers responded as authorized by the laws of Colorado and consistent with the reasonable defense of themselves and others,” the release says.

The incident happened on July 10, when a woman told dispatch that 26-year-old Antoinio Armstrong was harassing her from outside her apartment, refused to leave and had a pistol in his back pocket, police said.

Prosecutors said when officers arrived, Armstrong refused to comply with their requests and pointed what appeared to be a 9mm handgun at police. The release says Officer Nathan Miller then made the split-second decision to fire his service weapon, leading Armstrong to crouch between two cars.

When Officer Brian Macchione spotted Armstrong still holding what appeared to be a semi-automatic weapon and aiming it at several officers, the release says he fired two rounds from his rifle.

> The video above is from a July 10 9NEWS report on the officer-involved shooting.

“Upon hearing the gunshots, the victim, Mr. Armstrong, was firing his weapon(s) into her residence,” the release says. “At several points during this incident, the officers heard a clicking noise from Mr. Armstrong’s direction, but did not know whether his gun was empty or malfunctioning.”

The weapon was later determined to be a BB gun, but according to the release, “the BB gun was all black, did not have a colored plastic tip and was modeled after a Beretta semiautomatic weapon.”

Officers said they recovered another BB gun from Armstrong’s bag, as well as five BBs that he had apparently shot at his own head.

Because both officers and civilians believed their lives were in danger, the DA said police shooting was justified.

“Mr. Armstrong’s actions that night impacted everyone involved, including those community members who live in the apartment complex,” District Attorney Michael Dougherty said in the news release. “The investigation into this incident was important to the civilians and police officers, as well as to our community as a whole. For that reason, I appreciate the thorough work and expertise of the multi-agency Critical Incident Team. Their exhaustive efforts allowed us to reach the right result.”

After the shooting, Armstrong was taken to the hospital in critical condition. He now faces charges for felony menacing, one count of first-degree criminal trespass and one count of harassment – domestic violence.