The incident happened inside a convenience store in the 8200 block of South Quebec Street, according to the Arapahoe County Sheriff's Office. 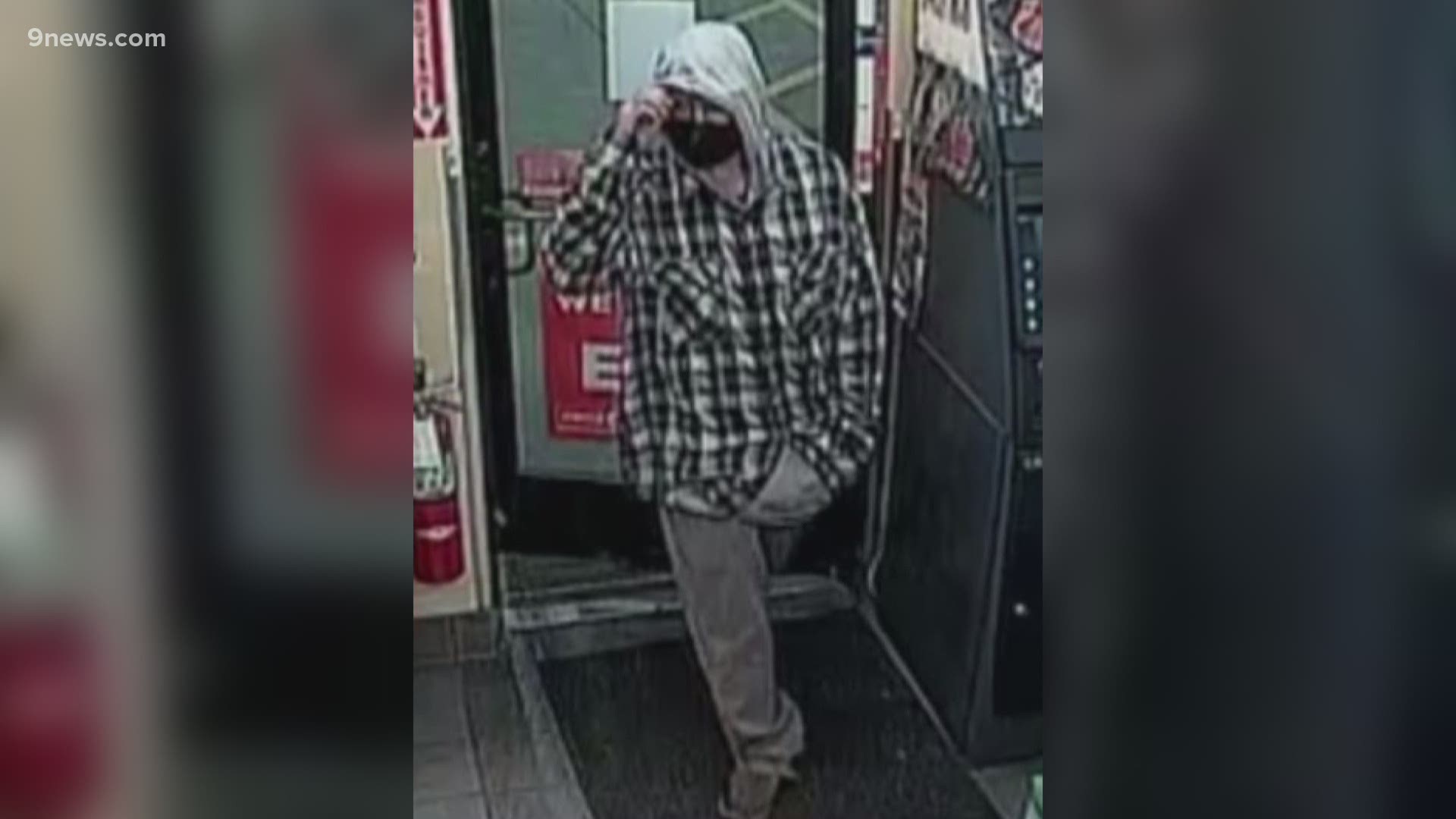 CENTENNIAL, Colo. — The victim of a shooting and robbery at a Centennial gas station Thursday night has died.

According to the Arapahoe County Sheriff's Office (ACSO), several citizens walked into the convenience store store in the 8200 block of South Quebec Street, just north of East County Line Road, at 6:47 p.m. and found the clerk with a gunshot wound to the abdomen.

ACSO said the suspect had come into the store and asked Perez for a carton of cigarettes. After talking briefly, according to ACSO, the suspect told Perez to give him everything. The suspect then pointed a gun at Perez and shot him, ACSO said.

Perez was taken to the hospital after deputies administered first aid. He died while in surgery, according to the sheriff's office.

ACSO said the suspect, who was seen walking away from the store, is a white male, 5 feet 3 to 5 feet 7 inches tall with an average build, who was wearing a gray hoodie, a black and white plaid shirt/jacket, gray pants, brown shoes and glasses (below).

Anyone with information about the incident is asked to call the ACSO tip line at 720-874-8477.

You can also contact Metro Denver Crime Stoppers at 720-913-7867 or by going to metrodenvercrimestoppers.com. Tipsters can remain anonymous and may be eligible for a reward of up to $2,000.