Peabody, Twain and East are in the discussion, Littleton Public Schools said. 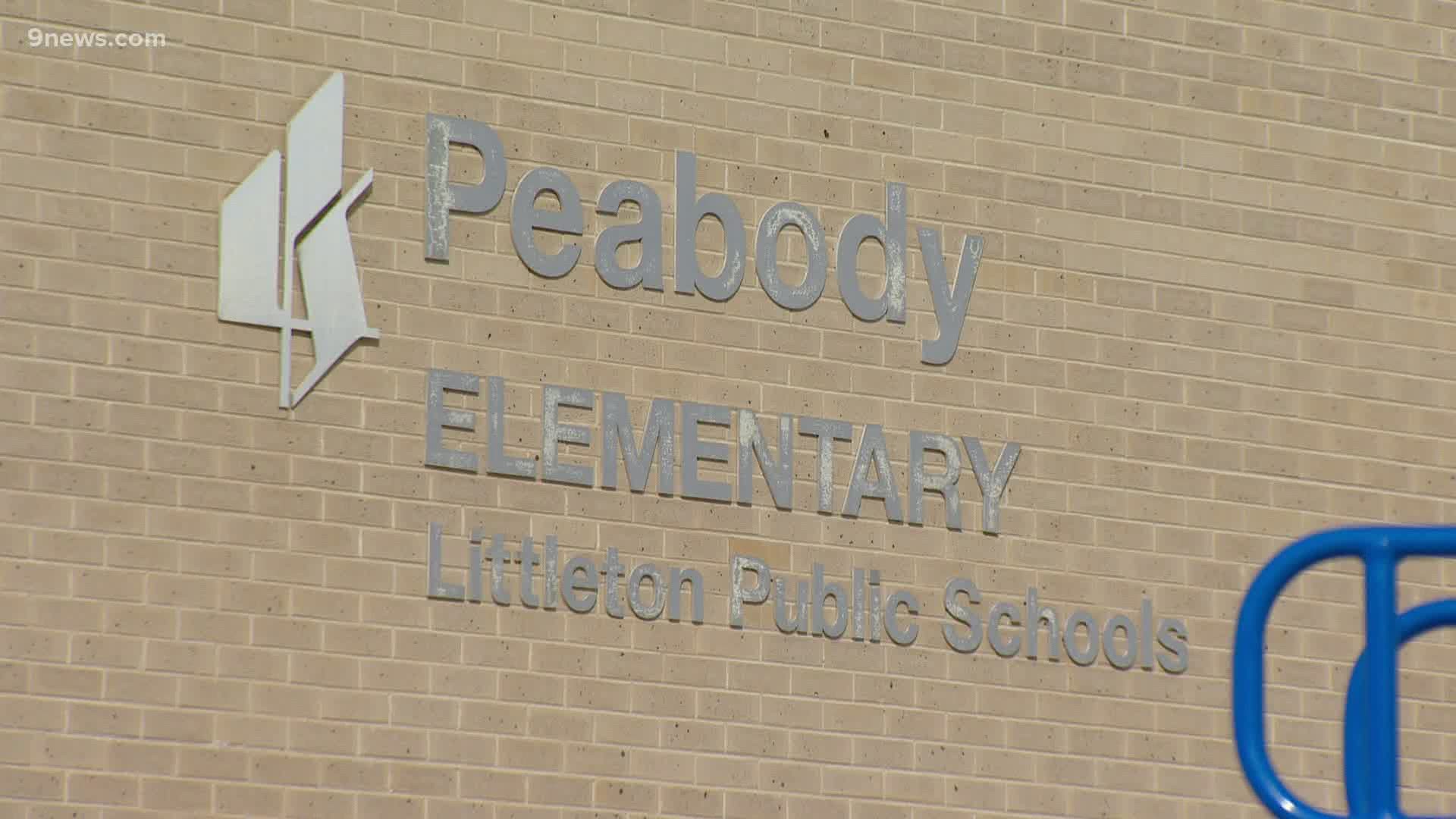 LITTLETON, Colo. — When Sara Munstock heard about the proposal to close the elementary school that sits 50 feet behind her home, she said she had to take action.

"A call of action because I want my kids to come here," Munstock said. "It's very disappointing that they didn't confront the community, let us know what was happening."

After monitoring enrollment in their elementary schools for years, Littleton Public Schools (LPS) is looking at consolidating three of them with other schools. One of them is Peabody Elementary School next to Munstock's home.

"Peabody is one of three small elementary schools recommended for consolidation," LPS Chief Communications Officer Diane Leiker said in an email. "We are also recommending that we combine The Village North with The Village at Highland for one early childhood education center for the district located at Highland."

According to the email, enrollment at the elementary level continues to decline, and the Littleton community has little to no population growth. In addition, LPS said their enrollment is down about 700 students from their pre-pandemic projections.

“LPS has made sacrifices over the past 15 years to keep some of our smallest elementary schools open," said LPS Superintendent Brian Ewert. "But some of them are just too small now and can no longer offer the kinds of opportunities all LPS students should have."

Munstock started a social media campaign and organized a parent protest at district headquarters on Thursday.

"A lot of the young families in this neighborhood are very concerned that the district isn't being completely transparent with us," Munstock said.

The LPS Board of Education discussed a multi-year plan to optimize the use of their school district resources so that facilities can continue to meet students' learning needs.

"As a parent, I haven't spoken to anyone in the community who is ready and willing to jump ship from Peabody, close-knit community, to a mega school," Carrie Strohmeyer said.

Strohmeyer has two children at Peabody and felt blindsided by the proposal.

"It was never communicated or even hinted at the future for Peabody would be to shut it down," Strohmeyer said.

Munstock said she wants parents to rally together to get the district to find a new solution. She said she likes her little school in Littleton Public Schools.

"It's a very important fixture in our community," Munstock said.