After eight years trying to change a struggling school, Michael James leaves for a new challenge. 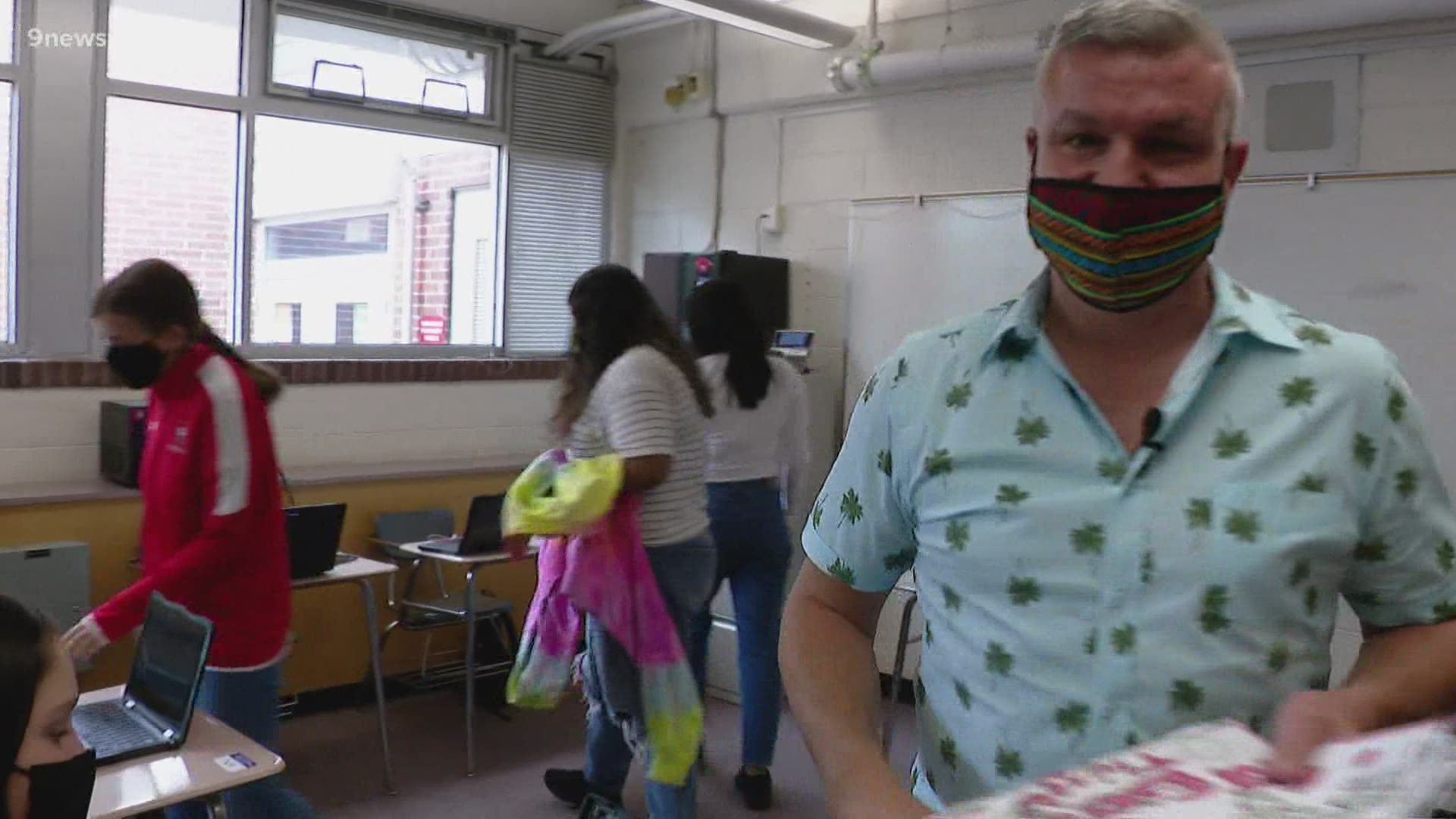 "I will leave knowing that there were great things that have been accomplished," James said.

During the 2018-19 school year, 9NEWS followed Principal James and four seniors from the first day of school through graduation for a documentary and a series of stories called The Jefferson Project.

Jefferson Jr./Sr. High School is a place where 90% of the students come from low-income families. James said this is a school where kids have to deal with life before school.

"The best stories around these halls are kids that didn't start off in a great spot at all," James said.

Right now, the school is undergoing a $14 million construction makeover thanks to voters passing a bond issue. These are physical changes James said he pushed for over the years. But, what he is really proud of are the changes he made on the inside.

"I'd like to say that over the eight years, we've made an incredible school culture here." James said.

He said his biggest triumph is graduation rate.

But, he said change comes at a cost. He admits that after eight years, he grew tired.

"I think when you're at a school like Jefferson, there are so many unknowns," James said. "There's not a clear path of this is what you do in order to succeed. It's about trying so many different things until you catch on to some things that really work."

While the last day is festive, it's also a concern. James said though he is leaving, the work is not done. Test scores still struggle.

"My greatest deficit moving forward will be if Jefferson doesn't succeed," James said. "It's very sad and very difficult cause you do put yourself into it."

He leaves to become principal at Loveland High School where he first started out as a teacher 24 years ago.

James said he learned a lot during his time at Jefferson while trying to fix a broken school. He learned that change starts by making kids believe in themselves no matter their challenges at home.

"As I get to say goodbye to staff and students, they're going to remember how I made them feel," James said.