Experts say more of these lawsuits could put the trucking company out of business. 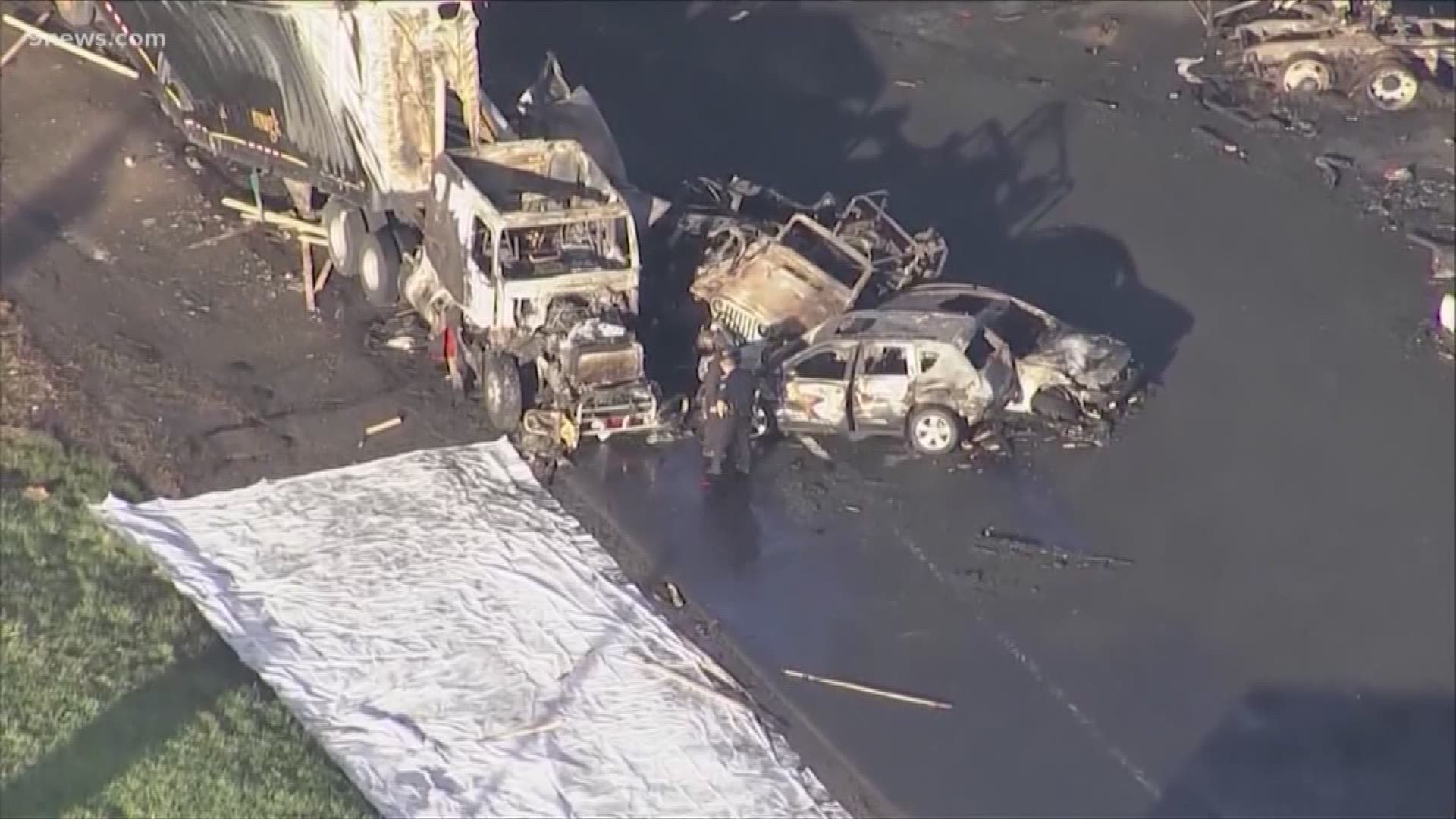 One of the survivors of a fiery crash on Interstate 70 that killed four people alleged that she suffered permanent, disfiguring injuries in the wreck in the first lawsuit filed in the wake of the April 25 incident, 9NEWS has learned.

RELATED: Trial to move forward for suspect in fiery I-70 crash

The plaintiff is Leslie Ross, a survivor admitted to St. Anthony Hospital in Lakewood. She suffered a broken nose, laceration to the forehead, fractured forearm, severe whiplash and a concussion.

A total of 28 vehicles, four tractor-trailer rigs and 24 passenger vehicles, were involved in the crash on eastbound I-70 at Denver West Parkway in Lakewood.

The crash was reported at around 4:50 p.m. April 25, according to the Lakewood Police Department. A big rig traveling eastbound collided with multiple cars, sparking a fire that quickly spread.

"I'm lucky to be alive," Ross, said a day after the crash.

Ross was stuck in traffic after leaving her job at Red Rocks Community College. She said people ran toward the fire to help others escape. She said the noise from the crash sounded "like a bomb went off."

According to the lawsuit, Ross suffered permanent physical impairment and disfigurement, emotional stress, physical and mental pain, and suffering. In addition to that, the lawsuit alleged that Ross had economic losses, including medical bills, lost wages and loss of ability to earn money.

At the time of the crash, the plaintiff was insured by Progressive, the third defendant on the lawsuit.

“Leslie Ross’s lawyers are able to predict, pretty confidently, that there are not going to be enough assets and insurance to go around once the dust settles,” said legal analyst Scott Robinson, “so they’ve already included a claim against her own insurance company for underinsurance coverage.”

"I anticipate if not a flood of lawsuits at least a flurry in the next couple of months," Robinson said.

Those lawsuits could put the company out of business, “(the) reality is, this trucking company is not going to continue to exist as we go down the road, they just simply are not going to survive an accident of this gravity of this magnitude." Robinson said. "Truthfully, few trucking companies carry enough insurance to cover 10 serious personal injured cases and four wrongful death suits, that's an awful lot of liability in one single collision."

If the employer wanted to turn around and sue Aguilera-Mederos for any reason, Robinson said it simply wouldn't be worth it.

“If your employee does something to hurt someone in the course and scope of their employment in other words in their job description – you, the employer, are absolutely liable for whatever the damages are."