When the governor shut down bars because of the coronavirus, small breweries had a whole lot of beer but no way to sell it. 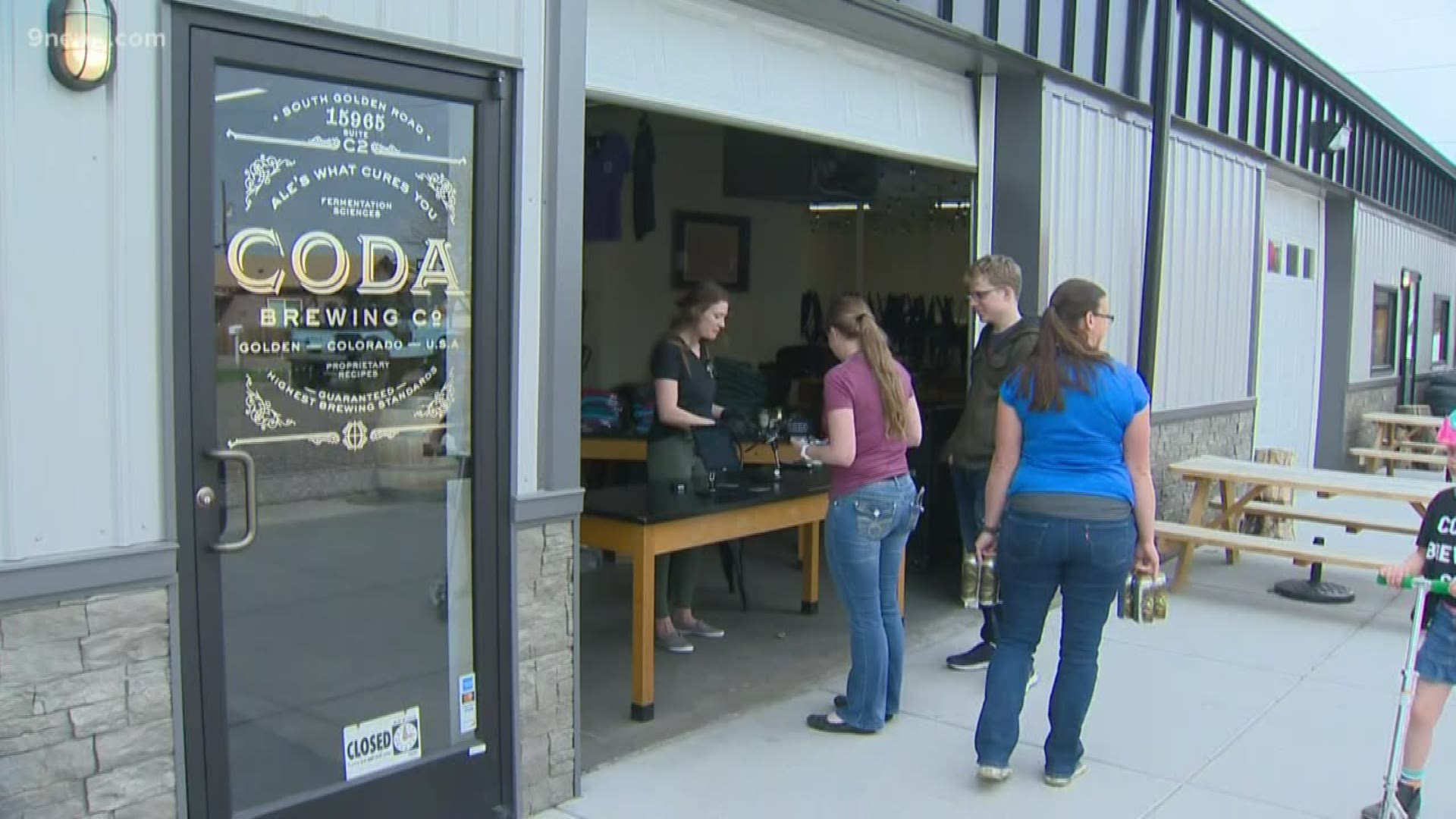 Businesses across Colorado are being forced to adapt and change how they operate. For small breweries, the shutdown of local bars is hitting especially hard.

Coda Brewing in Golden is like many small breweries across the state nowadays. It has a whole lot of beer, but no way to get it to customers.

"It’s a stark reality. We’re what, 48 hours into this?" said Luke Smith, owner and founder of Coda Brewing. "We’ve got 40 kegs in the cooler. What’re you going to do with all that? A restaurant can’t buy it, we can’t drink it all, although we’d try."

When the governor ordered bars closed because of the coronavirus, there seemed to be no way forward. Coda had never really canned their beer before.

Now, they had no other choice.

"The beer would go bad, it would spoil and we would go under," said Smith. "I probably wouldn’t make it unless him and his guys were here to can our beer."

When Golden-based Codi Manufacturing heard about the need, they brought over one of their mobile canning systems. They’re taking it to dozens of breweries around the front range, all for free. Breweries still have to pay for the cans, but the company is trying to work out a deal with suppliers.

"They need to sell 99 percent or more behind their own bar. Since the bar is closed down, to-go sales are the only option," said Andrew Ferguson with Codi Manufacturing. "If they’re going to get shutdown for weeks or months, this is their last chance to generate a lot of revenue to hold everyone through these bad times."

For some, beer is just a drink. For others, it's so much and more.

"Codi is going to save small mom and pop breweries that receive the majority of their sales over their bar by putting their beer in cans," said Smith. "I’m going to do what I have to do to survive, to put food on the table for my kids."

Coda Brewing will be open Wednesday through Sunday, from 3-7 p.m. every week in Golden selling canned beer to-go.