2 residents of Aurora Veterans home die, 14 others at center test positive for COVID-19

All staff and residents at the Veterans Community Living Center at Fitzsimons are now being tested. 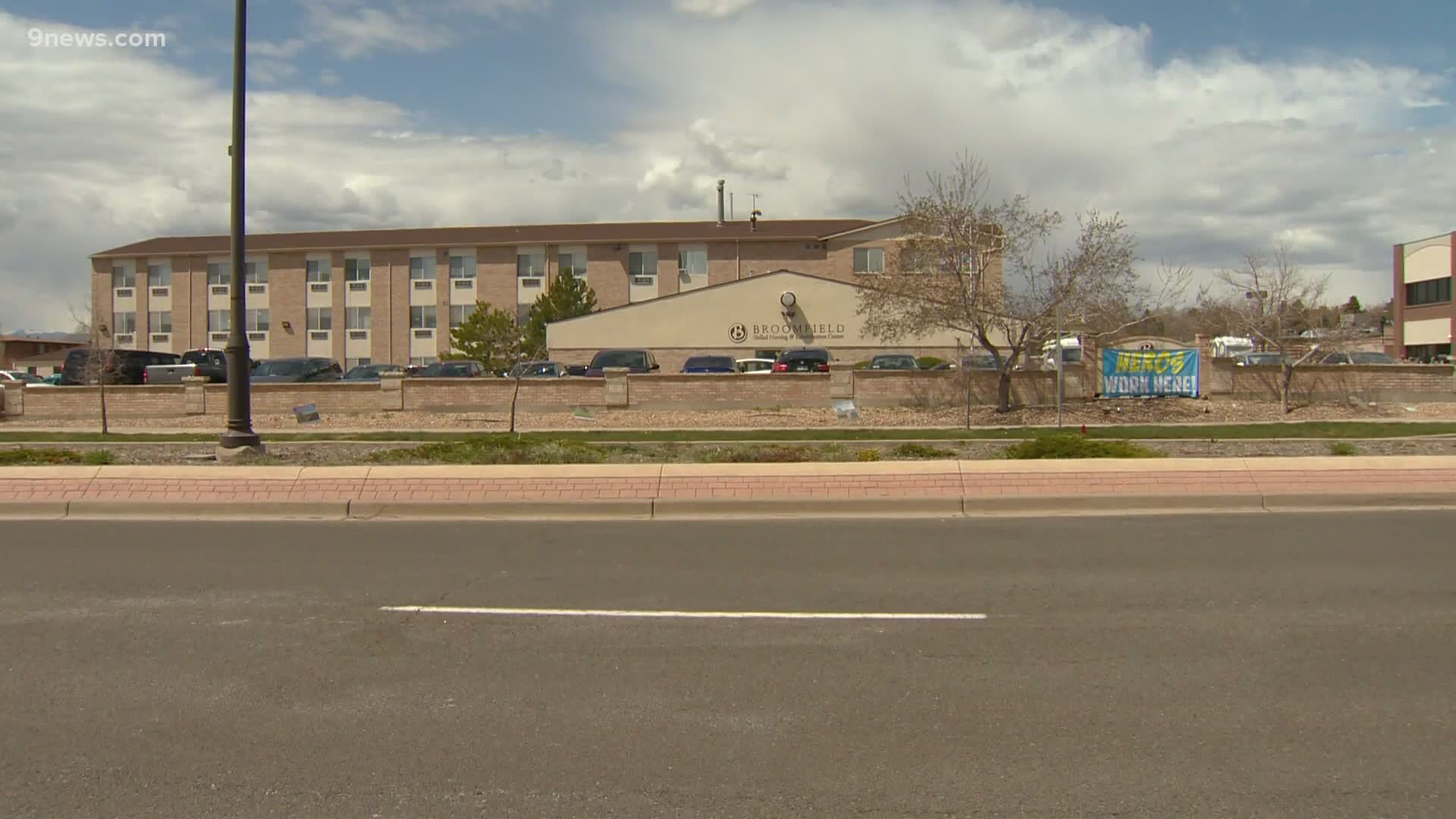 AURORA, Colo. — All residents and staff at the Veterans Community Living Center at Fitzsimons in Aurora are being tested for COVID-19 after two residents at the facility died after becoming infected with the novel coronavirus, the Colorado Department of Human Services (CDHS) announced in a tweet.

In addition to the two residents who died, CDHS said seven other residents and seven staff members also tested positive for COVID-19.

As a result, the agency said the Colorado National Guard was at the facility on Wednesday to test everyone. Once those results are in, they said they would work with the Colorado Department of Public Health and Environment on plans to further protect both residents and staff.

CDHS also said they are preparing to bring in additional staff to provide care if more staff members test positive.

>the video above is about proactive testing at long-term facilities

The center, located at 1919 Quentin Street in Aurora,  is a 180-bed facility that provided skilled nursing care. It also has a specialized 21-bed short-term rehabilitation unit.

"We need to do all we can to help our veterans who have sacrificed so much for our county," he said in the tweet.

Last week members of the Colorado National Guard did proactive testing at three of the state's largest nursing home facilities.

In Colorado, according to CDPHE, there have been outbreaks at 149 facilities as of April 28.

A confirmed outbreak means there are two or more confirmed cases of COVID-19 in a facility or non-household group with onset in a 14-day period, CDPHE said.