The state is under a safer-at-home plan. Weld County released looser safer-at-work guidelines. 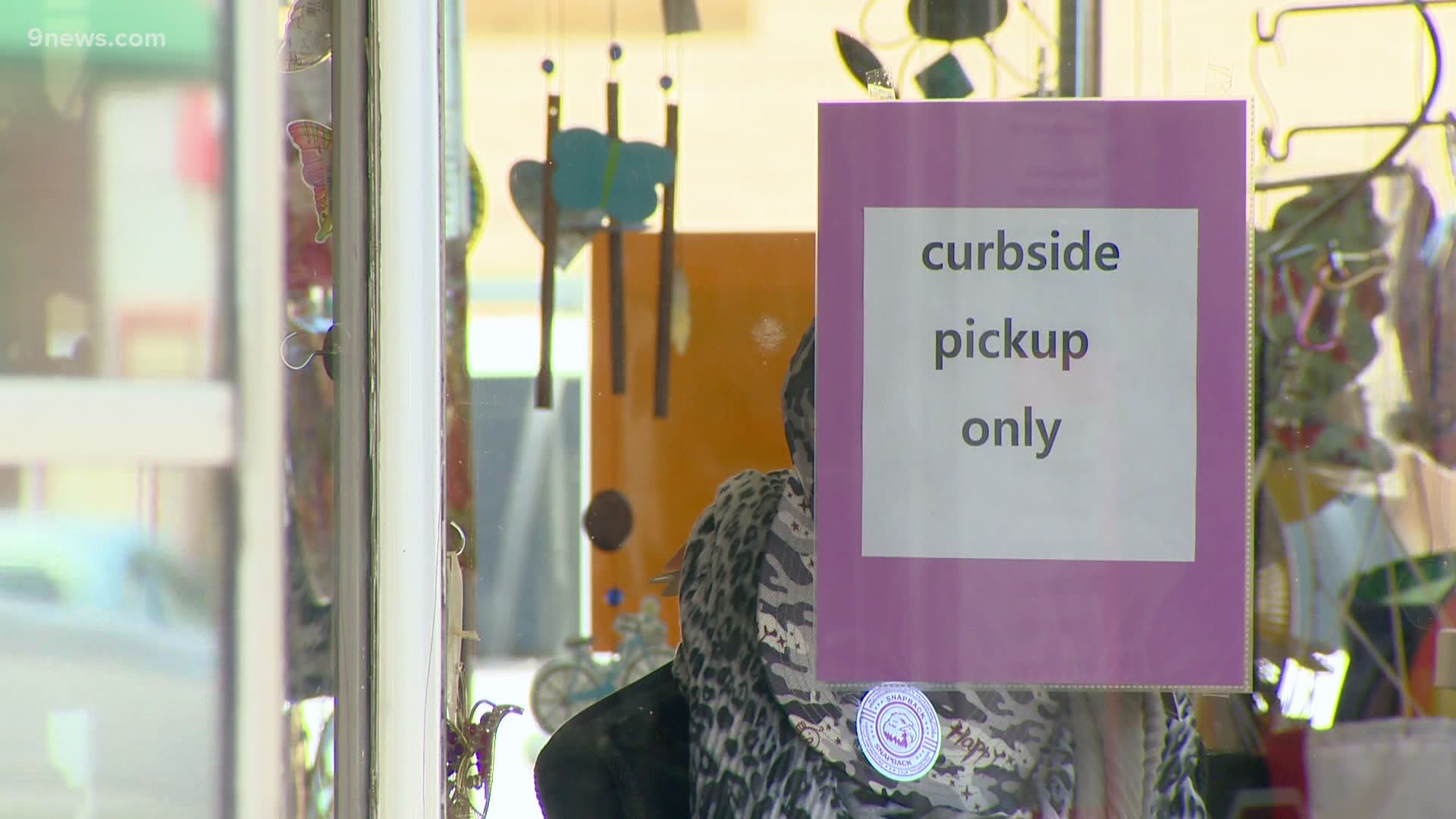 GREELEY, Colo. — Some businesses in Greeley reopened Monday sooner than allowed under the state's public health order. The businesses were following the looser guidelines from Weld County which went forward with its safer-at-work plan.

The Bar Ber Shop in Greeley reopened at 8:00 a.m. Monday. Owner Jose Oregel told 9NEWS he had six barbers working and about 45 customers on the books. Oregel said he opened his doors because Weld County said he could do so.

Another salon in Greeley followed the Bar Ber Shop's lead and opened its doors, too.

Many businesses across Weld County decided to follow the state's public health order. Dale's Pharmacy in Fort Lupton is considered an essential business and could have opened its doors during the pandemic, but the pharmacy instead adjusted to curbside pickup and delivery only to keep customers safe.

"People are going to do what they want to do in the end, and the more of us that lean this way, the safer we all are going to be," said director of pharmacy, Maria Godfrey. "I can’t control what other businesses do.”

Governor Polis said Monday afternoon communities that disregard the state's public health order are breaking the law, jeopardizing emergency preparedness grants, putting lives at risk and are increasing disruption to businesses and jobs. The governor said businesses that ignore the state's order would receive a cease and desist order and could lose their licenses.

The same preventative measures need to be heeded – we’ve said that. Expectations need to be managed – we’re doing that. What we aren’t going to do is pick winners and losers as to who gets to restart their livelihoods.

A spokesperson for the governor's office sent the following statement:

"Playing politics in a pandemic is perilous and when these officials send mixed messages to businesses it creates a great risk to residents. While Weld County officials are being reckless in their rhetoric, they’ve taken no official action to “defy the state,” and most importantly are tricking and confusing businesses in the county into violating state law. The other 63 counties in Colorado are working to slow the spread of the virus and are committed to protecting the health of their residents. Limiting transmission in Weld County is a top priority for the state and the Governor, who recently deployed the National Guard to help test up to 300 people per day in Greeley. Science tells us that identification of COVID-19 cases and strong safety measures at work will help slow the spread throughout Weld County which currently has the highest case rate of COVID-19 among Colorado counties with a population greater than 100,000.”