Safeway said about 100 people had to get new appointments. 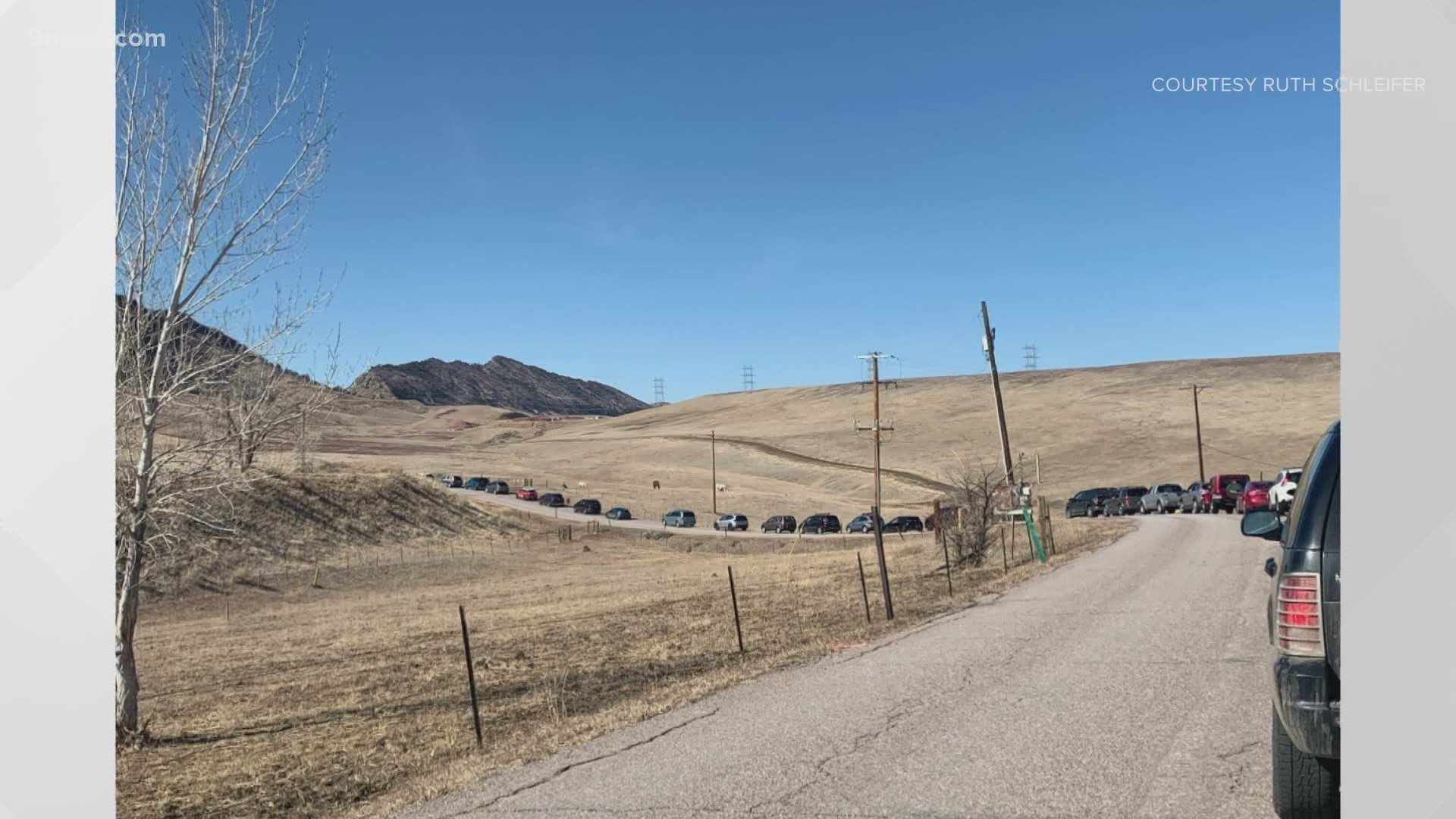 LITTLETON, Colo. — About 100 people had to be turned away at a COVID-19 vaccination clinic in Littleton after confusion over scheduling resulted in too many people getting appointments for the event Friday, according to event host Safeway.

Ruth Schleifer was among those who went to the clinic at the Lockheed Martin Baseball Fields. She said workers started going car to car to let them know they had run out of vaccine.

"I drove out past 150, possibly 200 cars who were also waiting," she said. "So it wasn't as though this was a situation where appointments were given, and there was a miscalculation by a factor of 10 or 20. It was more like 150 to 200. So it was definitely concerning because that's not an error that should happen in that magnitude."

RELATED: Vaccine appointments canceled after the wrong people got into the system

A spokesperson for Safeway said they regret that it happened and are currently in the process of contacting those who were turned away and scheduling new appointments for them early next week.

The current phase of the state's vaccine rollout plan, 1B.3, opens eligibility to about 960,000 Coloradans including grocery store workers, people 60 and older, and people ages 16 to 59 who have two high-risk conditions such as cancer, diabetes, heart disease and obesity.

The next phase, 1B.4, is scheduled to begin around March 21 and includes an estimated 2,500,000 Coloradans, including those 50 and older.