Brandon Young said he dealt with shame and guilt over his decision to go to war while his wife was pregnant. 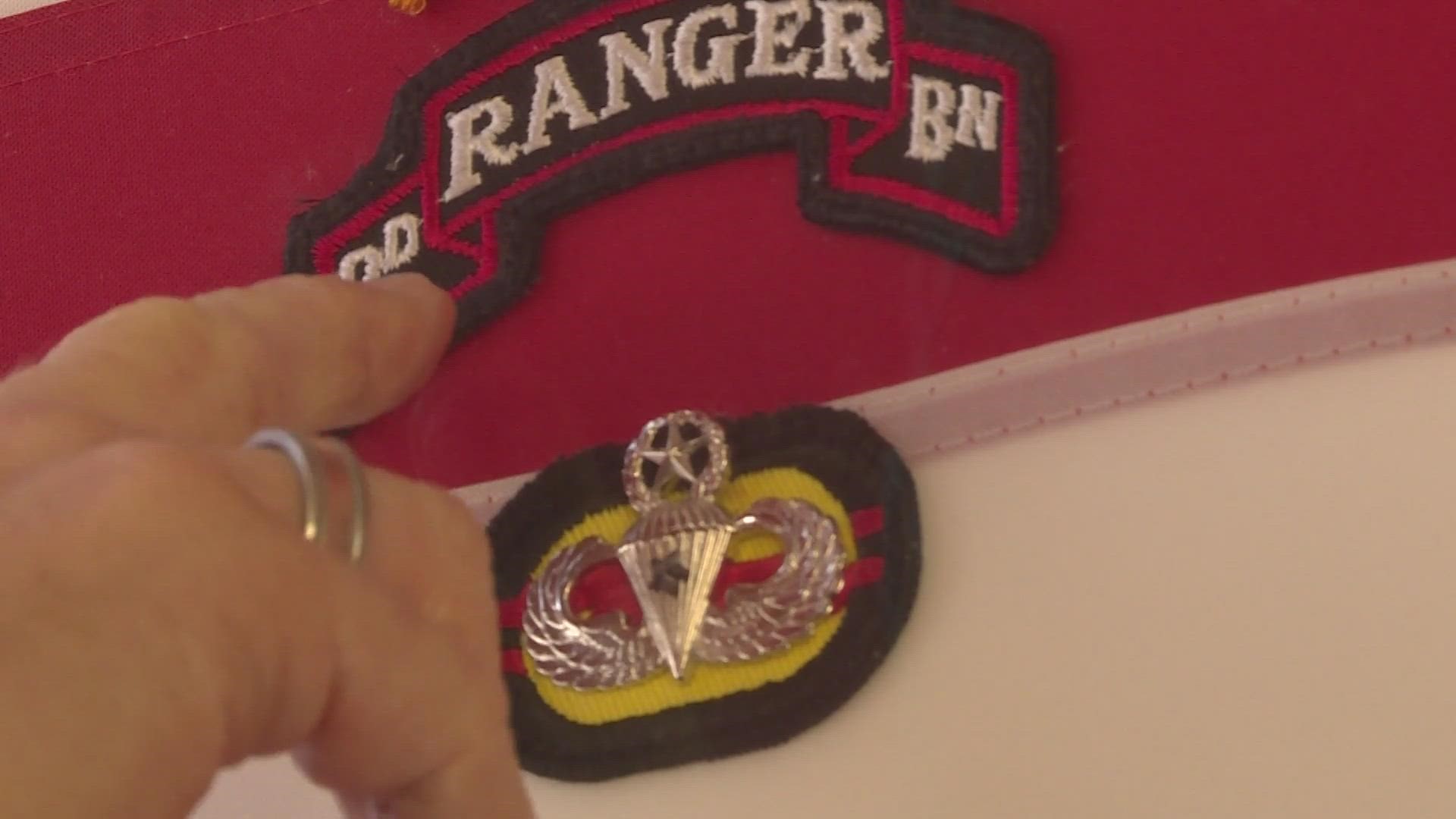 DENVER — Every day Brandon Young is reminded of his time-fighting in Afghanistan with a flag that hangs in his home containing the signatures of the members of his platoon.

"This is First Platoon, Charlie Company, Second Ranger Battalion. Our name was the Madslashers," Young said.

He served 11 years as an Army Ranger doing four tours of duty in various places around Afghanistan.

"I think about all the guys I had real human experiences with," Young said.

He thinks about the triumphs and the struggles and a time when he was fighting with himself.

"I made that decision in 10 seconds and then I covered it up for 15 years, lied about it," Young said.

He is talking about veterans like himself suffering what he calls a moral injury.

"A moral injury is sustained to the soul," Young said. "You have to choose between two poor options knowing that you know there’s gonna be a negative consequence either way and often times you have to make those in split second moments especially as a soldier. Do I pull the trigger? Do I not pull the trigger?"

He is talking about decisions, experiences and trauma that Young said soldiers can struggle with for years. Tests of ethics and integrity that some veterans take with them to the grave.

"How this starts to manifest is through senses of guilt and shame," Young said.

For Young, he said it was when he decided to leave his wife and child to fight overseas for a period of years.

So Young created a program called "Proximity: Caring for those Wounded by War". The Denver Seminary and Mission Hills Church in Littleton hosted an event this week to create awareness about moral injuries.

Young is studying to get a Master's degree in Divinity from the Denver Seminary.

"That's how we start to move past these injuries is we take what is hidden in the dark, the things that we're guilty about or ashamed of and we start to pull them out into the light," Young said.

He calls isolation the enemy and human connection the solution. Young said veterans should reach out to other veterans to talk. Or, they should find someone else in the community to talk to. For those who are not veterans, he said they should be proactive and make a face-to-face connection with veterans which can help them heal from their moral injuries.

"When we start to share our stories and open up, we invite others in and we ask them to help carry this burden with us," Young said.