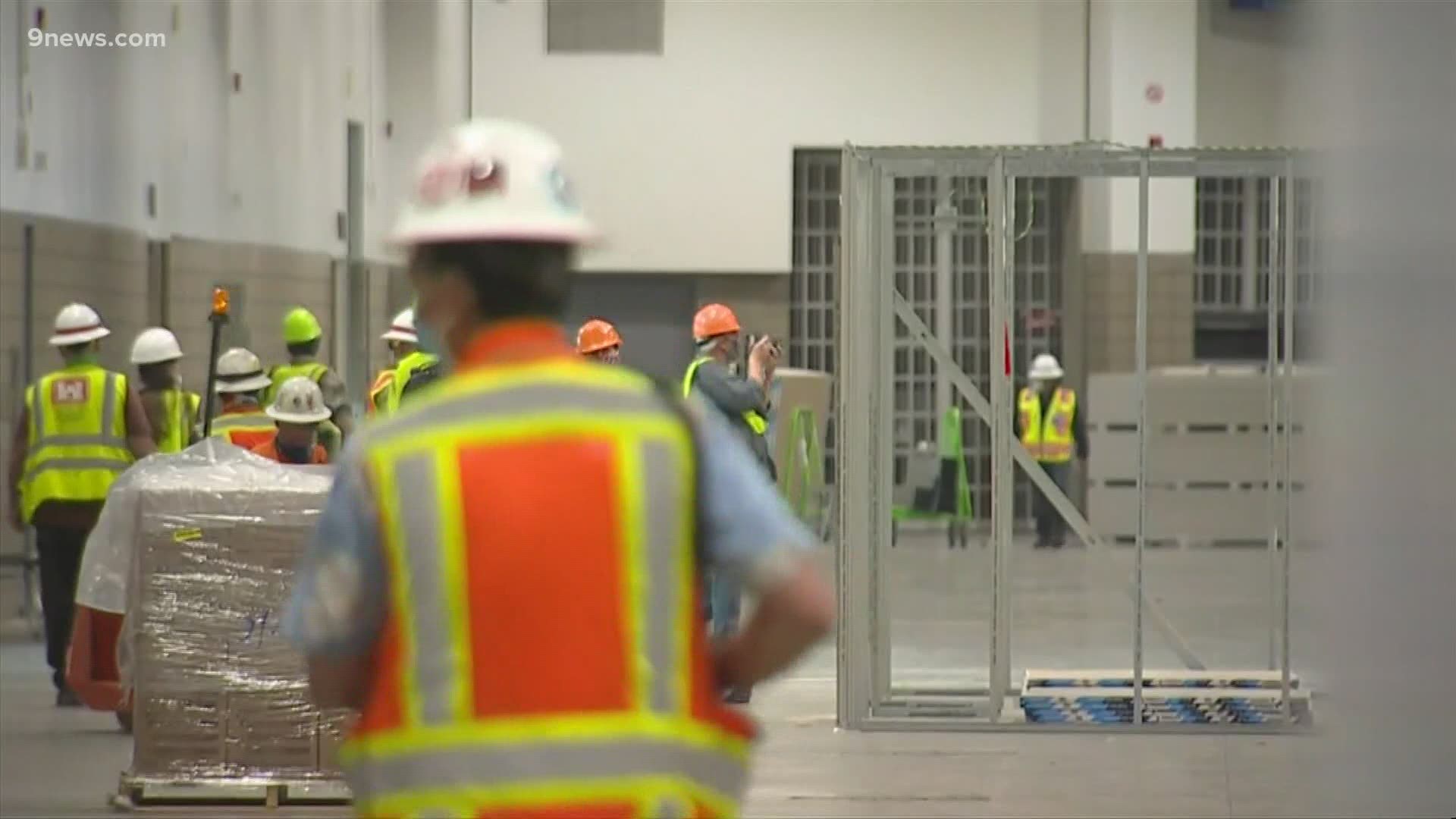 DENVER — A month after the federal government agreed to spend $47.9 million to help build a pair of field hospitals inside the Colorado Convention Center and Loveland’s Ranch Events Complex, both facilities sit unused and empty.  Neither has seen a single patient, and, according to statements made to 9Wants to Know, it’s not known if either ever will.

“It’s an example of Colorado leading the way,” proclaimed Governor Jared Polis (D-Colorado) on April 11 as he spoke to members of the media inside the Colorado Convention Center in downtown Denver.

“This facility lends itself to provide that extra capacity we need to relieve some of our hospitals,” he added.

When the federal government agreed to pay ECC Environmental $34.6 million to construct an “alternate care facility” in early April, it was assumed the convention center could hold as many as 2,000 beds.

The idea was to quickly construct patient-ready facilities that could care for mild to moderate COVID-19 cases. Traditional hospitals, it was feared at the time, were on the verge of exceeding capacity.

RELATED: Colorado scaling back plans at field hospitals as curve begins to flatten

In Loveland, according to records reviewed by 9Wants to Know, the U.S. Department of Defense agreed to pay AECOM Technical Services, Inc. $13.3 million to construct a 1,000-bed field hospital inside the Ranch Events Complex.

But it’s hardly a guarantee, he admitted.

“If there is no demand, we’re not going to pay to staff it,” Klein said.

That means both facilities, which have sat empty since April, might never see a patient.

Klein said he’d like to see the convention center site stay on standby until the fall, in case a second wave hits.

Part of the problem is the fact that an overwhelming rush of patients never materialized in Colorado in late April.  The hospitals, pushed to the limits in some instances, never exceeded capacity and, according to state records, have seen a gradual decrease in daily COVID patients since the third week of April.

In other words, the beds the state thought it would need come May never ended up being needed.

Klein said he still expects a potential need for the extra beds and thus isn’t ready to close the facilities down.

Back in April, when Polis spoke to reporters inside the Colorado Convention Center, he said, “I really hope that we don’t have to use this facility at all.”

So far, he appears to be getting his wish.