Arvada inventor promises to change the future of power wheelchairs 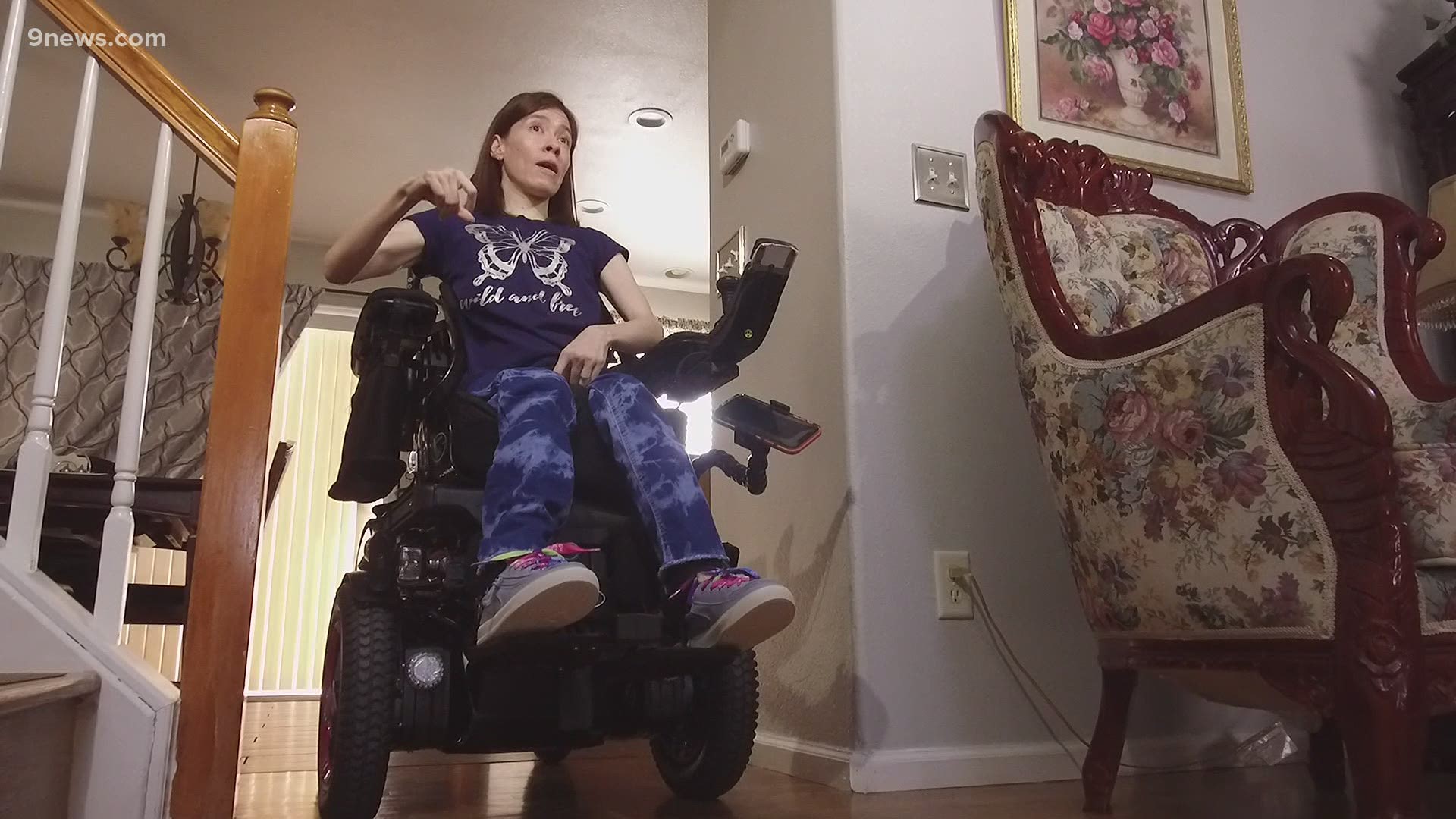 ARVADA, Colo. — The challenges of maneuvering around Janette Aragon's house can be seen on every chipped corner and scratched wall.

"I have cerebral palsy, so my first chair was given to me at the age of six," Aragon said.

She said it was a power wheelchair that offered the opportunity to move around easier, but it also offered danger more serious than dings and dents on her wall.

"During the period of me getting used to driving a power chair, I fell off the stage completely," Aragon said.

The solution to maneuvering just might be found in a warehouse in Arvada.

"Tight spaces, super easy to misjudge things and these chairs can be tipped with just a couple inches," Jered Dean said.

Dean and his brother Barry founded a company called LUCI with the mission of helping people drive their power wheelchairs safely,

That person is his niece, Katherine. Barry and his daughter live in Tennessee. Katherine also has cerebral palsy and was having troubling maneuvering her wheelchair.

"There's this frame, we call it the 'Smart Frame' that goes down here on the base," Dean said.

Dean and his brother built a system of sensors and radars to help power wheelchairs drive like a TESLA.

"The technology we are using is absolutely comparable to a self-driving car," Dean said.

"I was like finally something that is coming out," Aragon said. "I call it my lookout."

LUCI not only detects obstacles and drop-offs, it actually prevents Janette from running into things or driving off a curb giving her the confidence to drive her chair almost anywhere.

"Because I know a lot of people don't choose to have a power chair for that reason of fear," Aragon said.

At first, Dean said he and his brother thought they could just tweak something that is already on the market. But, Dean said they were wrong.

"It wasn't being done," Dean said. "Nobody else was working on it and so then we sort of felt like it was our obligation to push forward and make it available for everyone."

Dean and his brother went through many versions of LUCI and they are constantly making improvements thanks to help from a local university.

The Dean brothers turned to the University of Colorado Denver and its Center for Inclusive Design and Engineering (CIDE) where occupational therapists like Becky Breaux provided input.

"I think for us at CU Denver, I mean it's super exciting to be part of this partnership and personally I really appreciate that they value our voices," Breaux said.

Jim Sandstrum is the Industry Services Coordinator at CIDE. He said collaborations like this are crucial but not always taken advantage of.

"The problem is not everyone knows about the resources of CU Denver and the Center and what we can provide in connecting businesses and industry with clinicians," Sandstrum said.

He said CU Denver can provide the feedback product developers have been looking for.

"Companies are out there. They're often struggling on their own to answer questions where simple phone calls and connections can set their course correctly," Sandstrum said.

Aragon was connected to LUCI through CIDE. She said she feels empowered to help develop this new invention.

"I've been working with the LUCI team since December giving them my feedback on what they need to work on," Aragon said.

The unique collaboration has apparently been successful. LUCI was named one of Time magazine's Innovations of the Year for 2020.

"I really appreciate the award," Dean said. "I hope that our efforts will mean that some day it's just a given."

Dean hopes it is a given that LUCI will be the future of maneuvering power wheelchairs.

"The wheelchair riders we're working with are not interested in an autonomous wheelchair. This is their legs. They're interested in independence and that subtle twist is really important," Dean said.

He said it's important for his niece Katherine. The company is named LUCI because Dean said she is a big Beatles fan and her favorite song is "Lucy in the Sky with Diamonds".

Dean said it's important so people like Aragon can feel safe.

RELATED: When coronavirus postponed the Tokyo games, this Paralympian kept swimming — with high schoolers in Salida

RELATED: 'People with intellectual and developmental disabilities have been forgotten': Council pushes for vaccine priority for high-risk group