The meeting comes after nine teens were shot near Aurora high schools in one week. 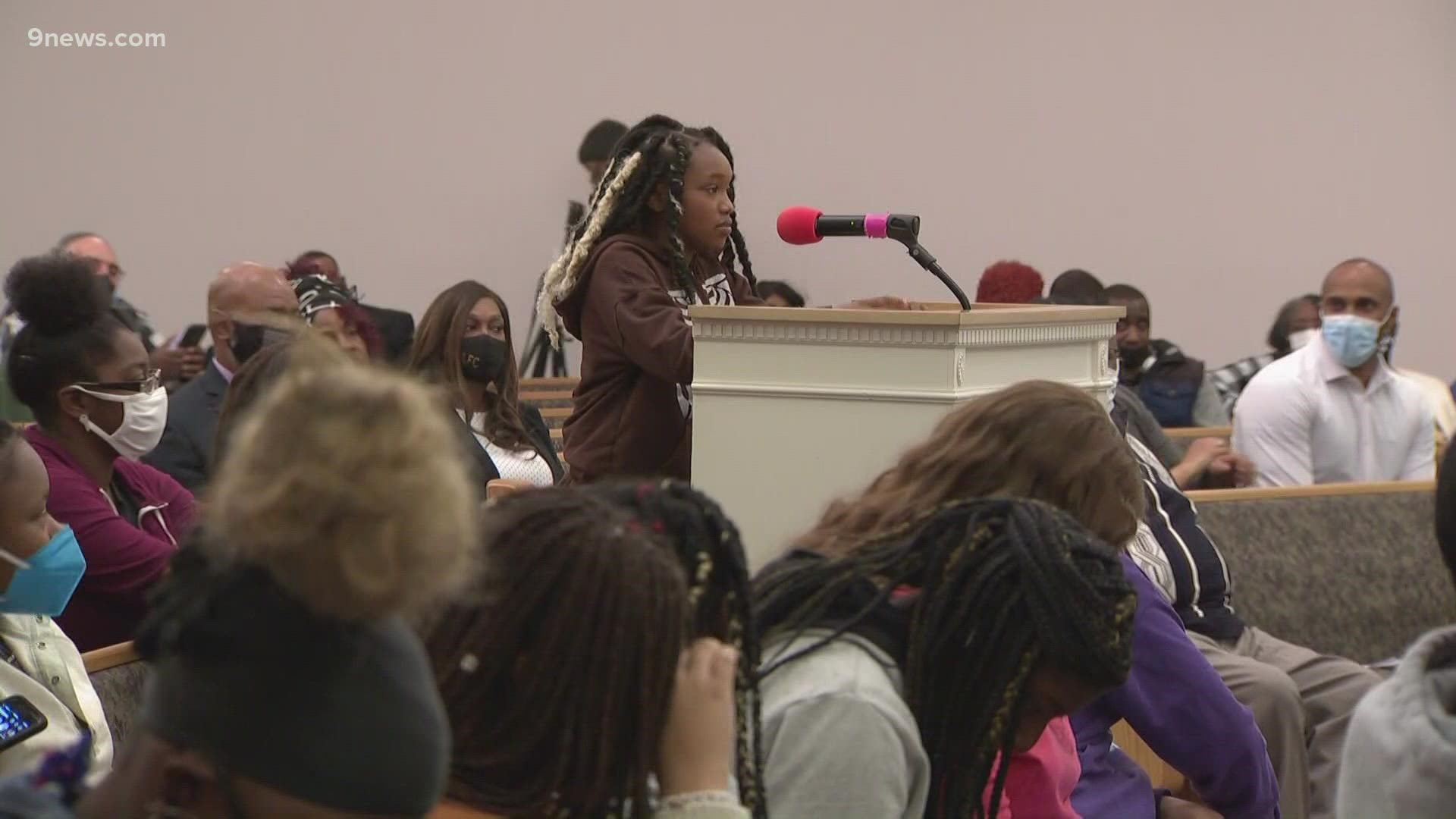 Religious leaders and community groups gave youth a place to share, and learn about the organizations that are there to help them.

Inside the church in Aurora during the emergency meeting, a person's faith or religion didn't matter.

"It is about the safety of our young people," Pastor AJ McDonald said.

The space was open for young people to share, and for adults to listen and help.

"Why do you younger people think that hurting other people can help them feel better?" asked one young girl.

"A lot of us think we have to carry guns because someone else is carrying a gun, so we would rather have our safety rather than someone else’s safety," one young man said.

On Sunday, many youth felt comfortable sharing their experiences. Several people who offer services to teens understood what they were going through.

"My son would be 2 years old," said Sharletta Evans, Executive Director of Colorado Crime Survivors Network. "I lost him. He died in my arms by the hands of three teenagers that wanted to carry guns, break into homes, steal a car and went out shooting."

The emergency meeting took place less than a mile from Hinkley High School, where three teens were shot in the campus parking lot Friday. Police have arrested three 16-year-old suspects. The incident is gang-related, according to Aurora Police.

The other shooting happened Monday at Nome Park near Aurora Central High School. Six students were taken to the hospital for gunshot wounds. APD has not located the suspects in this case.

APD said the two shootings are not connected.

The impact of the violence last week goes beyond the campuses of those two high schools. What mattered most at Sunday's meeting was finding ways to keep youth safe.

Toward the end of the meeting, there was a push to open up a youth center in Aurora so the kids have a place to go. One of the speakers called on everyone to contact city council members on Monday to make it happen.