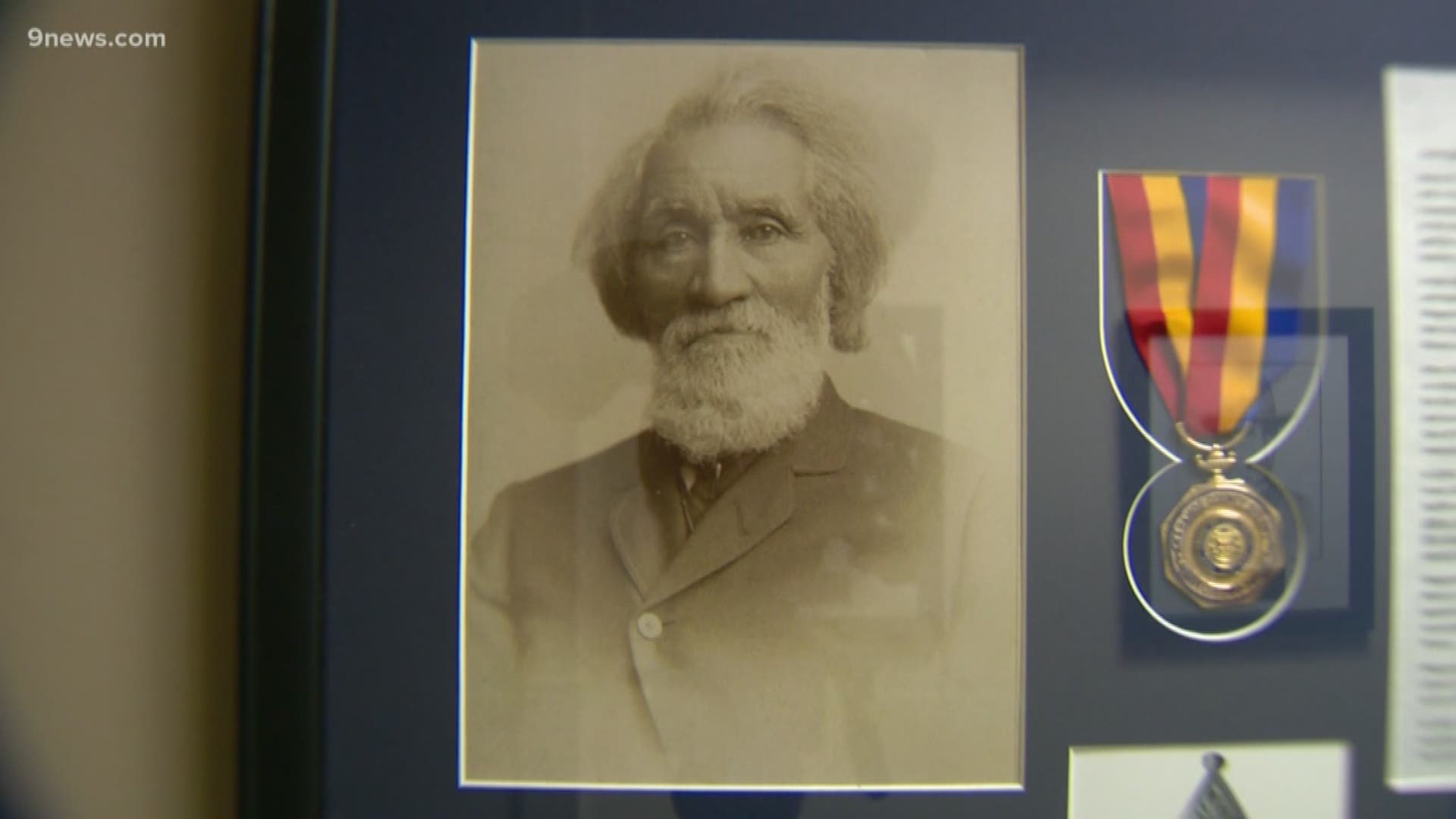 ARAPAHOE COUNTY, Colo. — The man who is believed to be the first African-American deputy sheriff of the Arapahoe County Sheriff's Office (ACSO) was recently posthumously awarded the department's Meritorious Service Medal.

“Mr. Wagoner was a well-known Denver resident, he had been a civil rights pioneer, [and] he was a friend of Frederick Douglass,” said Special Operations Captain Ken McKlem, with ACSO. “He was appointed in 1880 by Sheriff Spangler and served until 1883."

McKlem is also the historian for the department and said after doing research, he discovered there was very little history that Wagoner served as a deputy sheriff for Arapahoe County.

“It’s fun to discover,” he said. “I’m a history buff so anytime I can discover things about the past especially when it's things people don’t expect.”

According to McKlem, before he came to Denver, Wagoner was in Chicago helping slaves escape through the Underground Railroad. In 1865, he moved to Denver and became a prominent citizen by the time he was appointed to the position of deputy.

He was also the brother-in-law to Barney Ford, a civil rights pioneer who was instrumental in securing Colorado’s statehood.

“Mr. Wagoner also had the distinction of being appointed one of the first clerks of the Colorado legislature when the state was formed in 1876,” McKlem said.

Wagoner served as deputy when the state’s oldest county looked different. At that time, Arapahoe County included both Denver and Adams County. It also went all the way east to the Kansas border and was part of Kansas Territory created in August of 1855.

“He would have had to have a tremendous amount of personal courage … his life was under threat numerous points of his life,” said McKlem. “A bunch of people were just surprised by this story. They didn’t expect that there would be black peace officers that early in Colorado history.”

Wagoner died in 1901 but now has his plaque, photo, Meritorious Service medal and story are hanging in the same hallway with a line of portraits of all the Sheriffs of Arapahoe County.

They date back to Sheriff E.W. Wynkoop in 1858 and go through the current sheriff, Tyler Brown.

Also in the hallway are various memorials that honor those from the department who paid the ultimate sacrifice.

”Close to 800 people will walk through this hallway at least one day a month to go to in-service training,” McKlem said. “[The items] are just a little reminder of those who made the ultimate sacrifice, those that have led the agency in the past and those that have been honored for service above and beyond."

Captain McKlem said he wants all who walk by to see Wagoner as a reminder of an unexpected part of the department’s legacy.

“I hope they see in him as an example of courage and integrity that they can emulate,” he said. “[And] that they understand that history is sometimes complicated, it’s not sometimes what you would expect and that there are these little gem stories hidden out there that are important to find and memorialize so that people know.”