One mom said organizers told her because of COVID-19, the tournament was not allowing any spectators under 16. 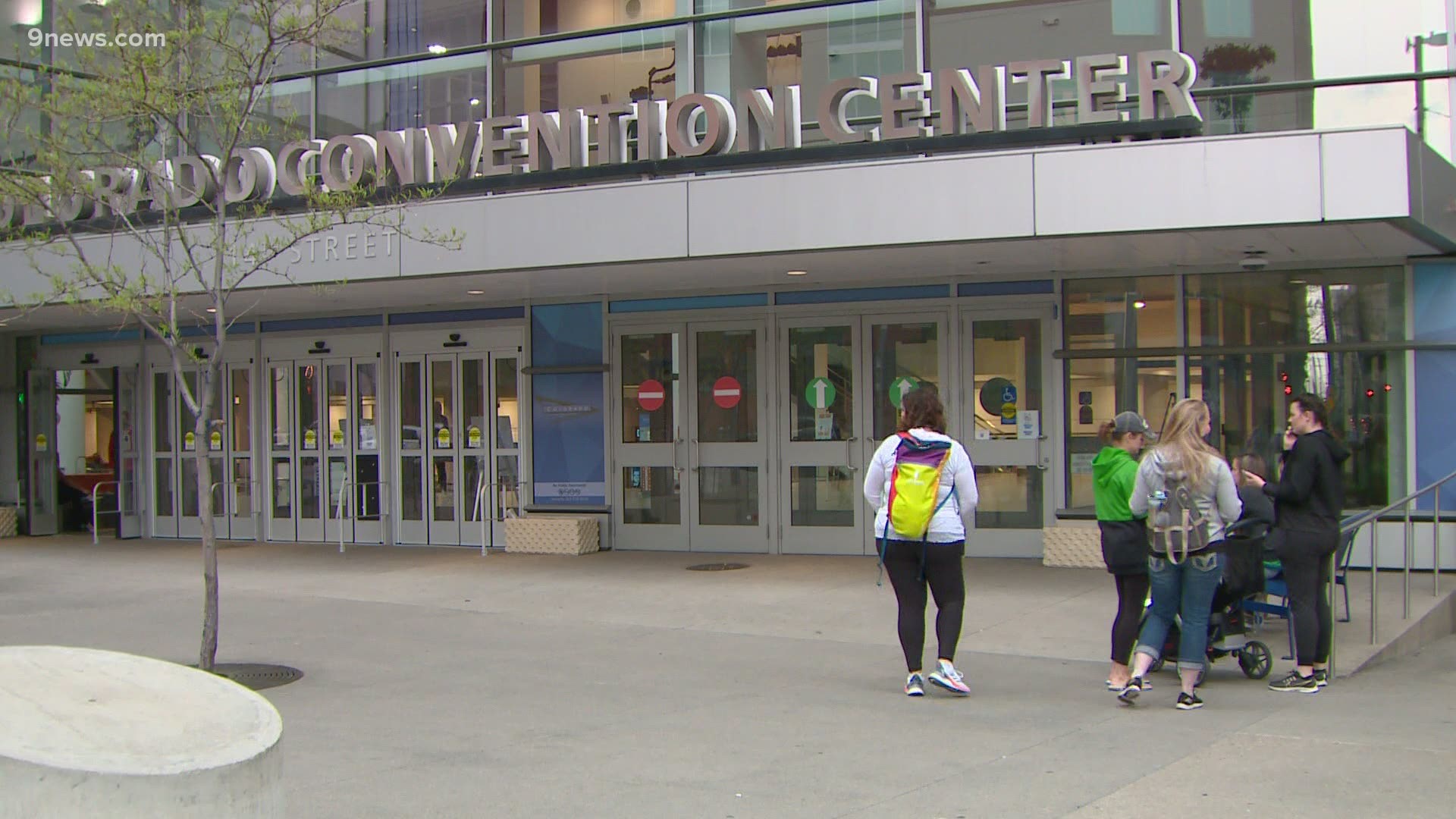 DENVER — Two volleyball coaches who breastfeed told 9NEWS they were kicked out of the Colorado Convention Center during the Crossroads Tournament because organizers would not allow them inside with their babies.

Dixie Loveless said she drove eight hours from Utah to join her U-14 volleyball team for the USA Volleyball Junior National Qualifier Tournament. According to Loveless, there was a problem when she tried to check in at the convention center with her 4-month-old daughter McKinley.

"They said I was not allowed in and I couldn’t pass that point, with my baby, and said if I tried to they would call the police to come and escort me out," she said.

Loveless said organizers told her because of COVID-19 the tournament was not allowing any spectators under 16 years old inside, even her nursing baby. Loveless believes the tournament did not make it clear before the weekend that bringing her nursing child inside the center would be an issue.

"All of these girls are seeing this example you are setting – choose work or family," she said. "You can’t be both. You can’t be a mom and have work."

Mayor Michael Hancock's office said they have no reason to believe there has been a violation of any city ordinance or law. Because it is a private event, a spokesperson said the organizer and USA Volleyball set the rules for entry.

Late Saturday night, USA Volleyball distanced itself from the tournament in a statement about the policy.

RELATED: Breastfeed 'wherever and whenever': Target store sign has moms rejoicing

The Colorado Crossroads Tournament director had not returned calls from 9NEWS as of Saturday evening.

Because she needs to breastfeed every few hours, Loveless did not go inside without her daughter. She stood outside the convention center and watched her team play on her phone.

"Now we are being discriminated against that we don’t get to do something everyone else can do just because we are nursing a baby," she said.

Another head coach, Nikita Eby, said she and her 2-month-old daughter were kicked out on Mother's Day for the same reason.

According to Eby, her club director even reached out before the tournament and the director was told there should not be an issue with bringing the baby.

"There was no  human decency and it just, it made me feel like a criminal because I was just trying to be a mother," Eby said.

That issue is upsetting at least two moms who are fighting for the tournament to change their policy.

"What a horrible example you are setting for our young woman," said Loveless.

Democratic State Representative Kerry Tipper questioned whether the event is breaking state law. According to statute, a mother may breastfeed in any place she has a right to be.

Happening Now: Breastfeeding volleyball coach being told by @usavolleyball that she cannot bring her baby into the @crossroadsvb regional tournament in Denver. Baby doesn’t take a bottle and mom must nurse. Colorado law REQUIRES mom be allowed to nurse.