Denver became the first city in the country to decriminalize psilocybin mushrooms. There's a difference between this and legalization, however.

DENVER — Denver voters made history once again on Tuesday night by narrowly approving Initiative 301, which decriminalizes the possession of hallucinogenic mushrooms by those over 21 years old.

The Mile High City is the first in the country to approve such an ordinance.

Here’s an explanation of what it does and doesn’t do, and a look at psilocybin mushrooms in general – including their purported medical effects.

What did Initiative 301 actually do? 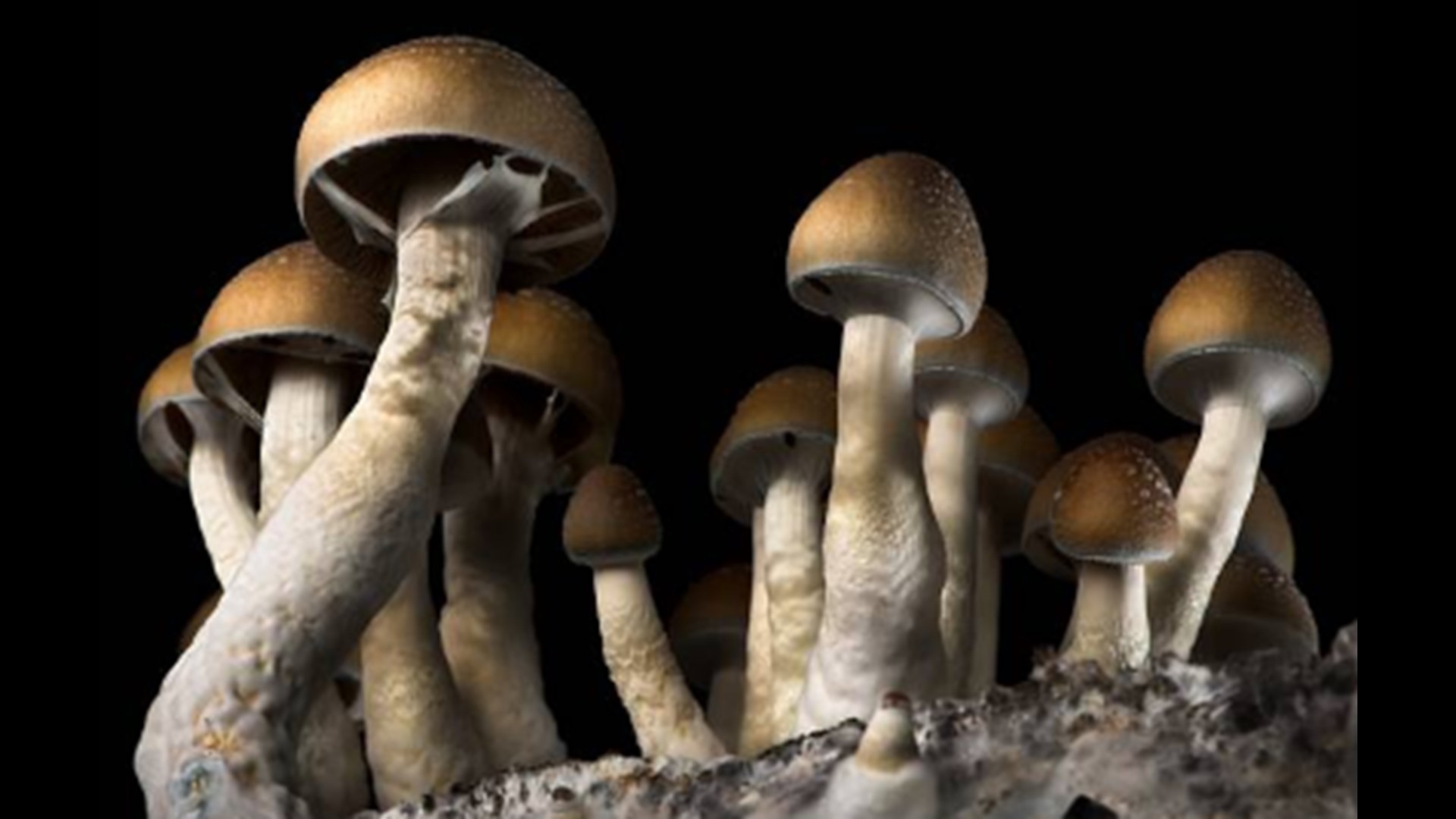 Instead, Initiative 301 makes enforcing federal laws about the possession of psilocybin the lowest priority for the Denver Police Department. The distribution of mushrooms will remain illegal in the city under Colorado law.

Essentially, possessing and using magic mushrooms is decriminalized in Denver, but getting a hold of them is not. The ordinance also mentions decriminalization applies to mushrooms that are not used or displayed in public.

In a statement, Mayor Michael Hancock said his office will not fight the new rules.

Both Hancock and Jamie Giellis, his opponent in the June 4 runoff election, have said they oppose the decriminalization of “magic mushrooms.”

Nevertheless, the ordinance asks that the mayor’s office create a “Psilocybin Mushroom Policy Review Panel,” which will be made up of 11 people who will assess the efficacy of the new policy. It must be in place by the end of the year.

Denver District Attorney Beth McCann previously said she was opposed to decriminalizing psilocybin, saying that it wasn’t much of a problem before, but that she was concerned it will become one since more people will come to the city to use it.

Before decriminalization, a person caught in possession of magic mushrooms could have faced up to a year in prison. However, of the 9,267 drug cases filed by the Denver District Attorney’s Office over the past three years, only 11 involved psilocybin.

Three were possession with intent to manufacture or distribute.

What about the rest of the state (and country)?

Possessing magic mushrooms remains a crime in Colorado, as well as under federal law.

Psilocybin remains a Schedule 1 substance under the Controlled Substances Act, according to the Drug Enforcement Administration (DEA). This means the federal government says it “has a high potential for abuse, no currently accepted medical use in treatment in the United States, and a lack of accepted safety for use under medical supervision.”

What that being said, there could be a change to its classification on the horizon.

Does psilocybin have a medical use?

Psilocybin has been granted “breakthrough therapy” status by the federal Food and Drug Administration, and researchers at Johns Hopkins University in Baltimore have recommended that it be recategorized as a schedule IV drug due to studies that have shown it may be effective for treating depression and anxiety, without being addictive.

With that being said, Matthew Johnson, an associate professor of psychiatry and behavioral science at the Johns Hopkins University School of Medicine, cautioned against the recreational use of magic mushrooms, saying that the medical benefits he studied have been in controlled, clinical settings.

“Out there in the wild,” he added, “they can cause harm.”

Johnson said overdosing on magic mushrooms is all-but impossible, but that a user could be harmed by what ingesting the drug makes them do.

“It’s rare, but real, when there are fatalities that fall into the category of people doing something stupid when they’re on the substance,” Johnson said. “People panicking or running into traffic or falling from a height.”

“Driving when someone is on psilocybin mushrooms is extremely risky,” he added. “Hiking the rim of the Grand Canyon when you’re on mushrooms is really not a good idea.”

Johnson, who emphasized that he does not advocate for personal use of psilocybin, said the safest use of the drug is in a controlled environment where the user is surrounded by sober people they trust. He cautioned against going in public or being around strangers, as this could heighten the impact of a “bad trip.”

During his research, Johnson said his team had a drug that can reverse the effects of psilocybin should hallucinations take a turn. He also said during bad trips, his team speaks quietly and softly to users in order to reassure them. This, however, has been extremely rare and he says most people in his setting have reported positive experiences.

Studies have shown that people with a personal history of psychosis could relapse when using hallucinogenic drugs, meaning magic mushrooms aren’t a treatment for everyone.

Nevertheless, Johnson said he expects psilocybin to be available as a legal treatment in five to 10 years – however, this will be in a setting more similar to receiving anesthesia than going to a pharmacy.

Kevin Matthews, the campaign director of Denver for Psilocybin, said he has personally benefited from using the drug to help with depression.

“Mushrooms have really given me a new lease, a new outlook, a new perception on life,” Matthews said. “It’s made the world a better place for me. It’s not something I use very often, but the experiences I have had have been profound and have radically changed me.”

Matthew Kahl, a veteran who was injured in combat during his second tour in Afghanistan, also said he benefited from psilocybin. Before that, he was diagnosed with post-traumatic stress disorder and tried to take his own life two times.

“You can sit there and talk with a therapist over and over and over again and just beat your head against that brick wall and never make any progress,” he recounted. “But for some reason these substances allow you to look at your experiences and look at your life in a different way. A different perspective and see how you can tinker and change it. You’re not stuck.”

What do poison control centers think about this?

As of this writing, Chris Hoyt, an associate professor of emergency medicine and medical toxicology at the University of Colorado School of Medicine says their poison control center very rarely gets calls related to magic mushrooms.

He said the number of calls the UCHealth emergency department gets each year are in the "teens," and that typically, users of mushrooms get more of a "docile high."

From a public health standpoint, he said he has concerns that psilocybin can sometimes can agitation. If this is the case, he recommends visiting the emergency room, where doctors can administrator a benzodiazepines -- or tranquilizer -- to keep patients comfortable.

"It's more for a safety thing so you don't do anything that's going to harm themselves or anybody else," Hoyt said.

He said his poison center is ready to monitor the situation should mushrooms become a more frequent complaint in the emergency room.

"You don't know what's going to happen with this,"

Is psilocybin allowed anywhere else?

While Denver became the first city in the U.S. to decriminalize psilocybin, the drug is straight up legal in multiple other countries.

While magic mushrooms aren’t legal in the Netherlands, truffles that contain psilocybin are due to a loophole.

Hallucinogenic mushrooms are also legal in Jamaica, where users can even dabble with the drug during retreats at certain resorts.

In the U.S., meanwhile, Oregon’s secretary of state has approved the language for a ballot initiative that would decriminalize the possession of psilocybin and allow users to legally grow mushrooms as long as they have a license.

Members of a group called Decriminalize California have asked for helped writing a measure to decriminalize the drug in their state. They would need to obtain 623,212 signatures to qualify for the 2020 ballot.

What's next for Colorado?

Initiative 301's language is based off of a 2007 measure that decriminalized marijuana possession in Denver.

This was something of a precursor to the 2012 legislation that allowed for recreational cannabis use and distribution -- another time Denver has been the first in the country when it comes to the rules involving a substance.

As of right now, a similar path for magic mushrooms seems father off.