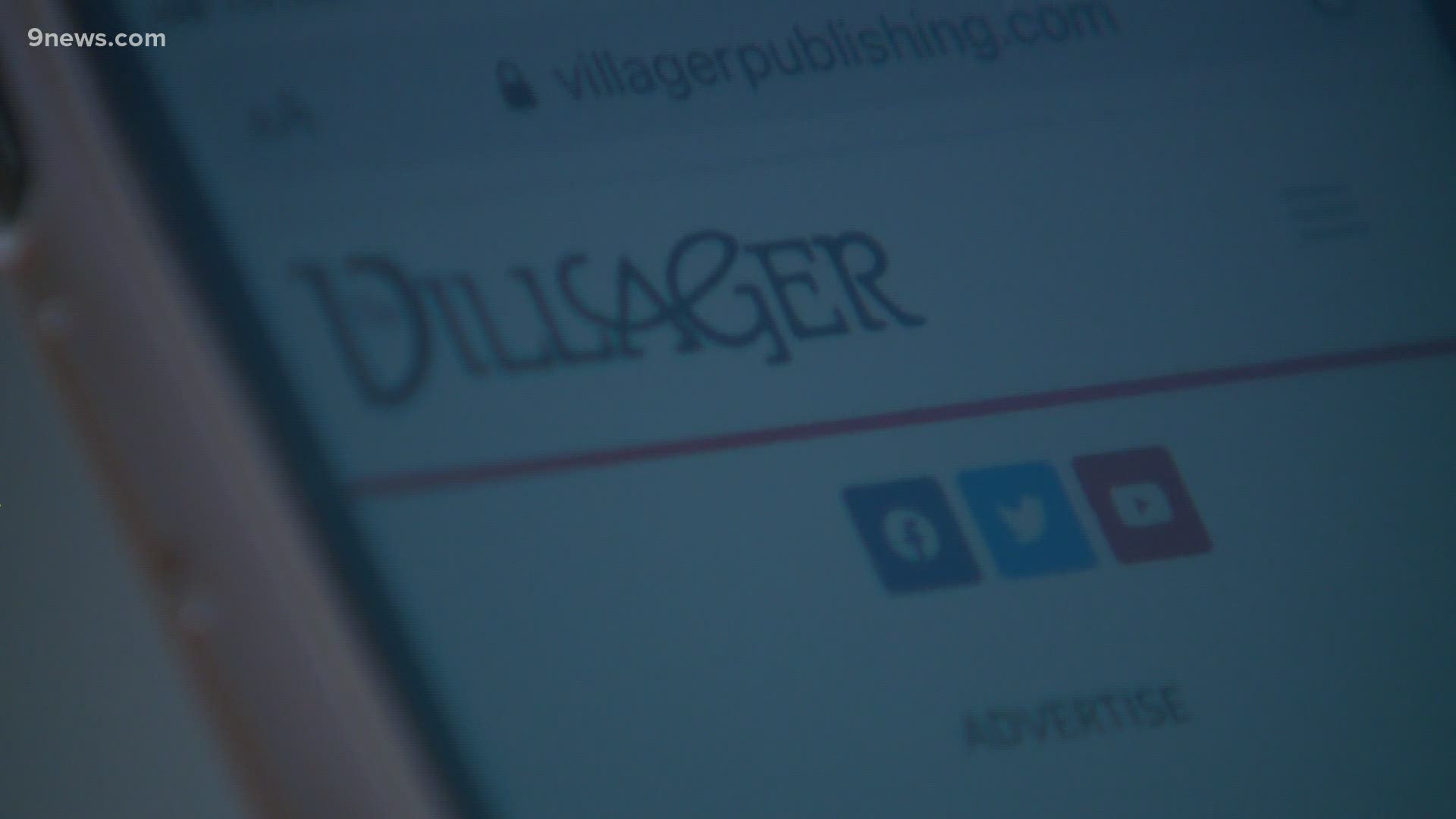 GREENWOOD VILLAGE, Colo. — A satirical article published in The Villager sparked fierce criticism from the Asian American community. Some called the story from the south metro Denver newspaper racist.

Community leaders asked subscribers and advertisers to boycott The Villager after the paper published a story called "America's Largest Amusement Park Heads to Greenwood Village" under the byline "Loof Lirpa," which is April Fool spelled backward.

The made-up story was meant to be a joke on April Fools' Day, but some were wondering why the paper thought the front-page article was even funny at all.

"I cannot believe a newspaper would do something like this," said Harry Budisidharta, a community leader leading a boycott campaign against The Villager.

The fake story said the amusement park was being "developed by a Chinese firm." It also talked about city planners traveling to Wuhan, China, to work out details that included bringing "over 1,000 Chinese workers and their families to the area for the two-year construction period." It said hotels were adding "more rice, vegetables, and chopsticks" to their meals. As of Saturday, a copy of the April Fools' Day issue was still up on The Villager website.

"When I read it, I was pretty outraged and shocked and pretty sad that a newspaper would publish something so racist," Budisidharta said.

The April Fools' Day article was published 16 days after six Asian women were killed in shootings at spas in the Atlanta area. Anti-Asian hate crimes also increased in 2020.

"Timing is never good, but especially in light of the hate crimes and the mass shooting, this timing is very terrible," he said.

On Twitter, the City of Greenwood Village said officials are "as appalled and dismayed as everyone else by the racist content and poor taste shown in the article."

The newspaper posted a statement on their website after pushback from the community:

"The Villager feels it is important to acknowledge that our April Fool’s spoof article contained words and content that were poorly chosen and we are sorry for that. It was absolutely and sincerely not the papers intent to offend our Asian American community or anyone else. The Villager is compassionate about the harm and pain the Asian and Pacific Islanders are sadly facing. The Villager has already reached out and has meetings scheduled with the Asian Chamber of Commerce, the City of Greenwood Village and the Cherry Creek School District to embrace, listen and learn."

RELATED: ‘This was bound to happen’: CU professor responds to violence against Asian women in the Atlanta area

On Saturday, the president of the Asian Chamber of Commerce, Fran Campbell, said The Villager did not show up to a meeting with the Chamber Board and staff Friday afternoon.

"Future meetings will not be considered until reparations are made to the AAPI community and meeting terms are agreed upon," Campbell said.

"My take is that their statements are meaningless because their words do not reflect their action," Budisidharta said.