The beauty, grief, and celebration behind Dia de Los Muertos for this Denver woman

Grief and joy coexist during Dia de Los Muertos, but Flo Hernandez-Ramos chooses to focus on the celebration every Nov. 2. 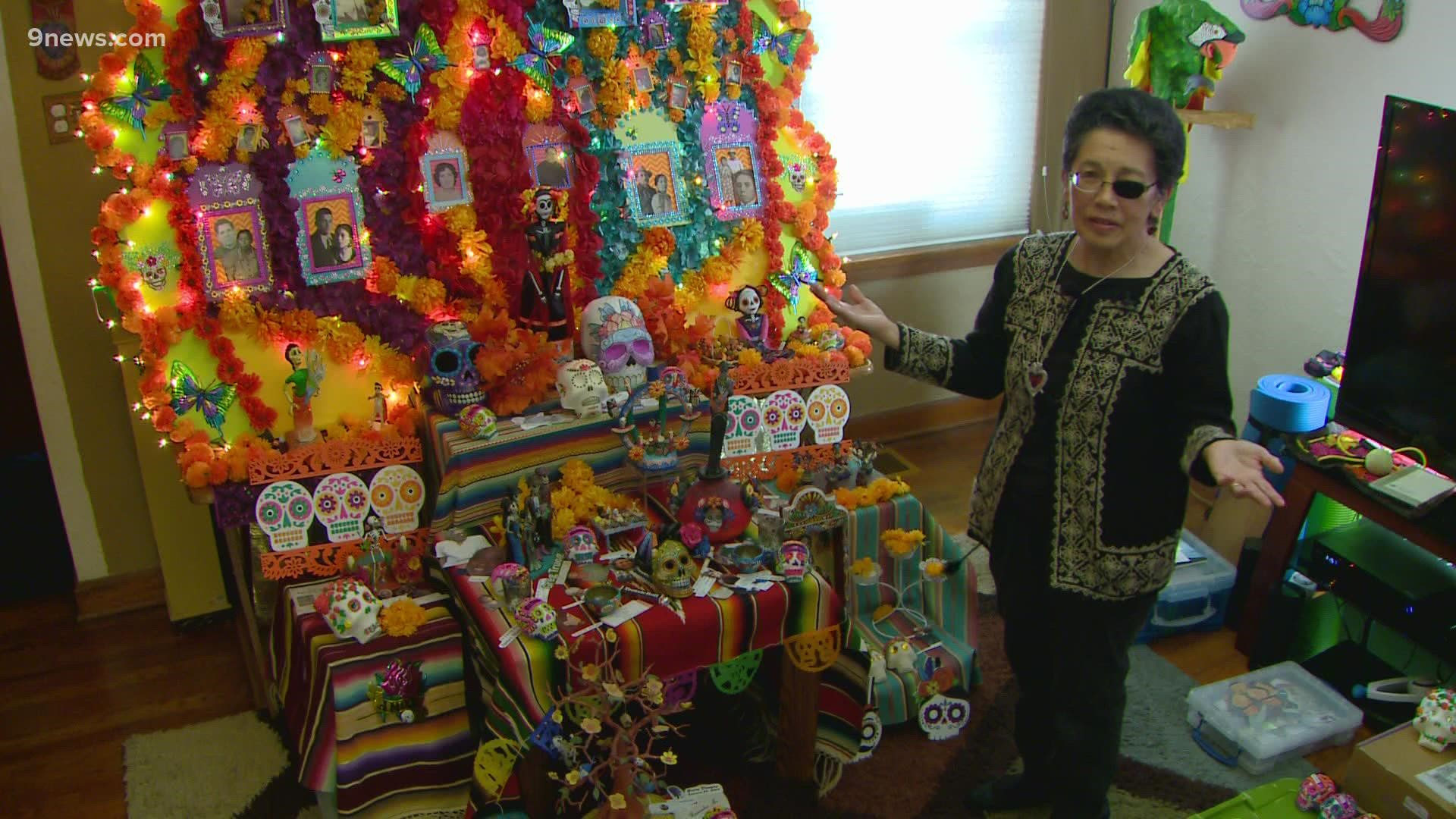 DENVER — The holidays start early at Flo Hernandez-Ramos' home. The work and décor go up in October, but she starts thinking about it all in July. Every October, she starts building her "ofrenda" or altar for Dia de Los Muertos, the annual Day of the Dead celebration.

"They get bigger and bigger every year," she said.

The cherished Mexican tradition celebrates loved ones who have passed away. The holiday celebrated from Nov. 1 through Nov. 2 is believed to reunite the spirits of those loved ones with family members in the living world.

Photos of Hernandez-Ramos' late parents, grandparents, and those of her husband's fill the altar that just about touches the ceiling of her living room.

"Unfortunately every year it gets bigger and bigger because I need to accommodate more people on it."

RELATED: La Catrina: An international symbol for the Day of the Dead

The marigolds' pungent odor are believed to lead the spirits of late loved ones back home. "All of the stuff is supposed to either help with that journey," she said. "The papel picado fluttering in the wind is supposed to designate that people are here, and candles light their way."

Altars are also decorated with items or food that people in the photos enjoyed. "Whatever is important to you should be on that altar," said Hernandez Ramos.

Every year, she decorates her altar with her mom's handmade marigolds made out of tissue paper. "She started making them for me in 1986 ... her hands touched these so you feel like she is touching you when you bring them on."

Grief and joy coexist during Dia de Los Muertos, but Hernandez-Ramos chooses to focus on the celebration every Nov. 2.

"That’s when my family gets together and we have a big dinner, dishes that my mom usually made, we tell stories. Oh, and we play loteria!" she said.

Hernandez-Ramos' mother, Teodora Castillo Hernandez, died in 1991. That's when the holiday became especially personal to her.

"It’s very therapeutic to set up an altar and remember them and put up stuff that they loved and enjoyed," she said. Every year, she adds chap-sticks and coupons to the altar, because her mom always had those with her.

"Even now, we’ll see little things and say 'oh mom would really like that,' and we’ll pick it up and then we put it on the altar."

Hernandez-Ramos' altars never fail to surprise friends who come by to see it every year.

"One of my friends said, 'Flo doesn’t build altars anymore, she builds cathedrals.' You would explain to them what was going on and they participated in the dinners and they really seem to enjoy it."

Sometimes, they are inspired to create their own altars and celebrate the holiday, which Hernandez-Ramos said she appreciates. 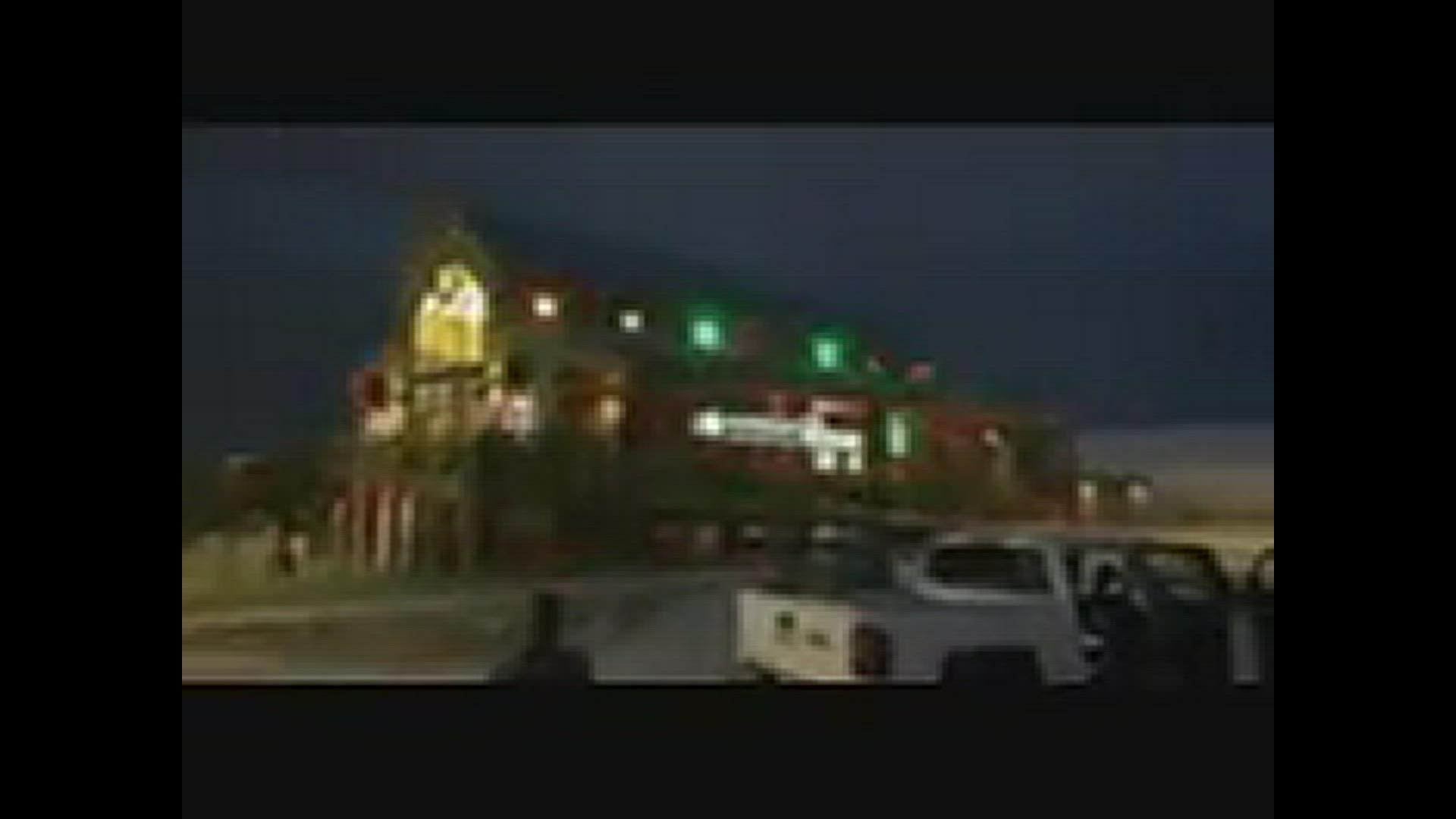