Change could be coming to Colorado's 'secret prison' system

When notorious criminals need to be moved, the state does it through the Interstate Corrections Compact, an agreement where states swap dangerous or unruly or famous prisoners. 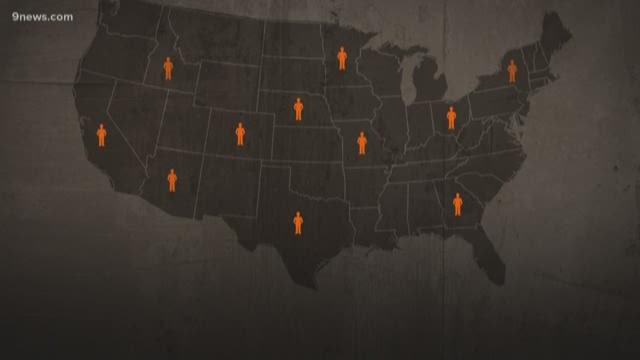 Nearly six months after a 9Wants to Know investigation into a secret prison system that keeps victims in the dark about the whereabouts of some of Colorado's most notorious criminals, the state Department of Corrections is signaling a possible change in policy.

DOC’s Executive Director Rick Raemisch recently sat down with 9Wants to Know’s Anastasiya Bolton, and for the first time answered questions about DOC’s practice of keeping some victims in the dark.

“When I'm charged with keeping someone alive, I'll make the decisions to keep that person alive,” Raemisch said. “Everything I do, for the most part, is based around trying not to have any more victims.”

MORE: Colorado is hiding inmates; victims want to know where they are

When notorious criminals need to be moved, the state does it through the Interstate Corrections Compact, an agreement where states swap dangerous, unruly or famous prisoners -- sometimes changing their identity and keeping their whereabouts secret in order to keep the peace.

9Wants to Know found that for years, the DOC has been telling victims that when the inmate is transferred as part of the Interstate Corrections Compact their location is not available, while most other inmates can be easily found online.

In April, Governor John Hickenlooper told 9Wants to Know that inmate and staff safety trumped the victims’ right to know.

Gov. John Hickenlooper has repeatedly skirted the Victim Rights Act, passed by Colorado voters in 1992 and codified into state law the next year.

“It's not just the inmates' safety, we're talking about the safety of prison guards who don't get paid a lot of money and repeatedly end up being hurt,” Hickenlooper said at the time.

Some victims have since come forward to say they have a need and a right to know where those inmates are.

Some of those victims are people left behind after the Aurora theater shooting. Until recently, they had no idea where the shooter was because he was moved out of state not long after his conviction.

At the end of September, victims found out where he is being held because he's been moved yet again -- this time into federal custody. Federal authorities do disclose where their inmates are housed.

Raemisch wouldn’t say where the shooter was being held before his federal transfer. He told 9Wants to Know the decision to take him out of Colorado was made early, after the killer was assaulted in prison. 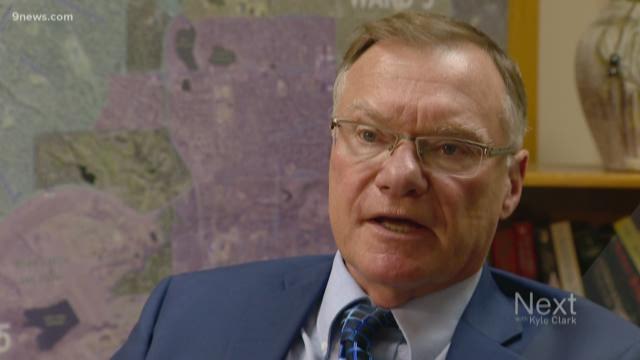 “But because of a waiting list, because of some of the things there were going through, they just couldn’t accept him at that time,” Raemisch said.

There are more than 100 other inmates whose victims are still in the dark, even if the inmates’ own families aren't. Families of several high-profile inmates serving time out-of-state told 9Wants to Know they knew where their family members were.

“The argument you just had...which is if the perpetrator, the inmate, has the opportunity to call their family and tell them where they are, then unless there is some type of special circumstances, we should be telling the victims where they are also,” Raemisch said.

Raemisch told 9Wants to Know the DOC is talking about how and when they can tell some victims' families where the perpetrators are.

“What our position is and what we're discussing now, both internally and with others in the compact, is what you've been saying -- only under rare circumstances would we not tell the victim,” Raemisch added.

“I'm not quite sure what criteria is being used to decide who gets to know and who doesn't,” Fields said. “I mean, what's the difference? If you're a victim of a crime, you have a right to know. That's it. That's all.”

Raemisch said there will be some inmates whose locations will be be disclosed to victims.

Colorado's Department of Corrections Executive Director Rick Raemisch sat down with 9Wants to Know and answered questions about DOC’s practice of keeping some victims in the dark.

“If we have no reason to try and hide the identity of an inmate in another state, we’ll be contacting the victims,” Raemisch said. “In fact, my information is we told a few last week where some were.”

He couldn't say when the DOC plans to inform other victims, nor did he provide any timeframe for any sort of formal change of policy or practice announcement.

The governor's spokesperson told 9Wants to Know they will withhold the location of an inmate if the receiving state asks for secrecy.

Raemisch told the governor’s spokesperson Monday that if there was no reason not to disclose, “we should go ahead and disclose that.”