9Wants to Know analyzed a database to better help Colorado understand who is being placed on mental health holds and what happens after the 72 hours is up. 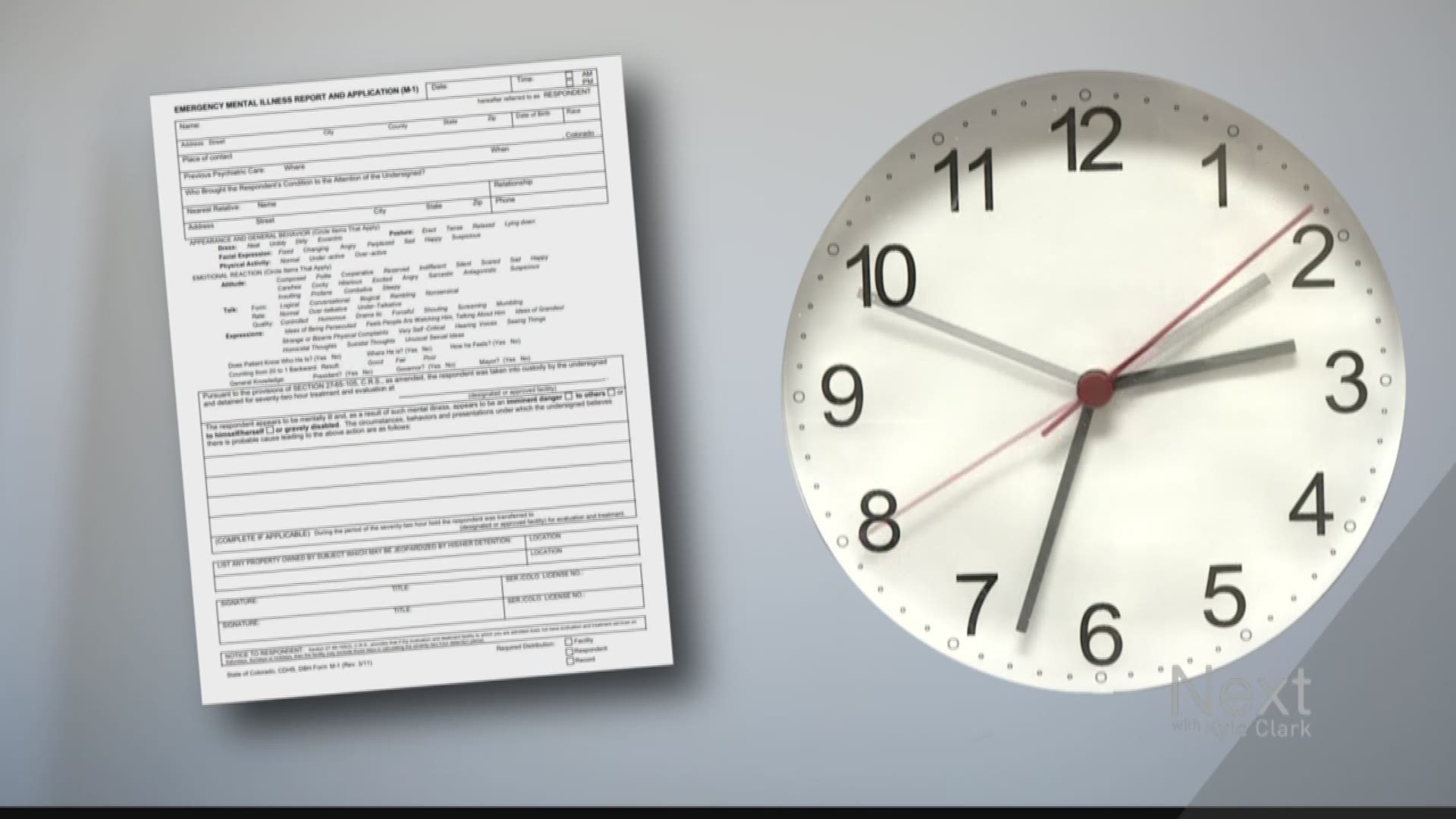 Four times an hour – or once every 15 minutes – someone in Colorado is placed in a 72-hour, involuntary mental health hold, according to data reviewed by 9Wants to Know.

According to the data, 86 people were placed on six or more mental health holds in a single year. Many of them are discharged from the 72 hour hold or “dropped” during the hold, causing some mental health advocates to raise the concern hundreds of Coloradans are not getting the mental health treatment they need following a crisis.

"The truth is, those 72 hours are unlikely to cure your mental illness," said Andrew Romanoff, the president and CEO of Mental Health Colorado. "Hoping on a wing and a prayer that they'll figure out a path on their own – that doesn't happen for a lot of folks."