A 12-year veteran of the Lakewood Police Department broke his neck, jaw, leg and wrists in a motorcycle crash while on duty. This week, he's finally back at work. 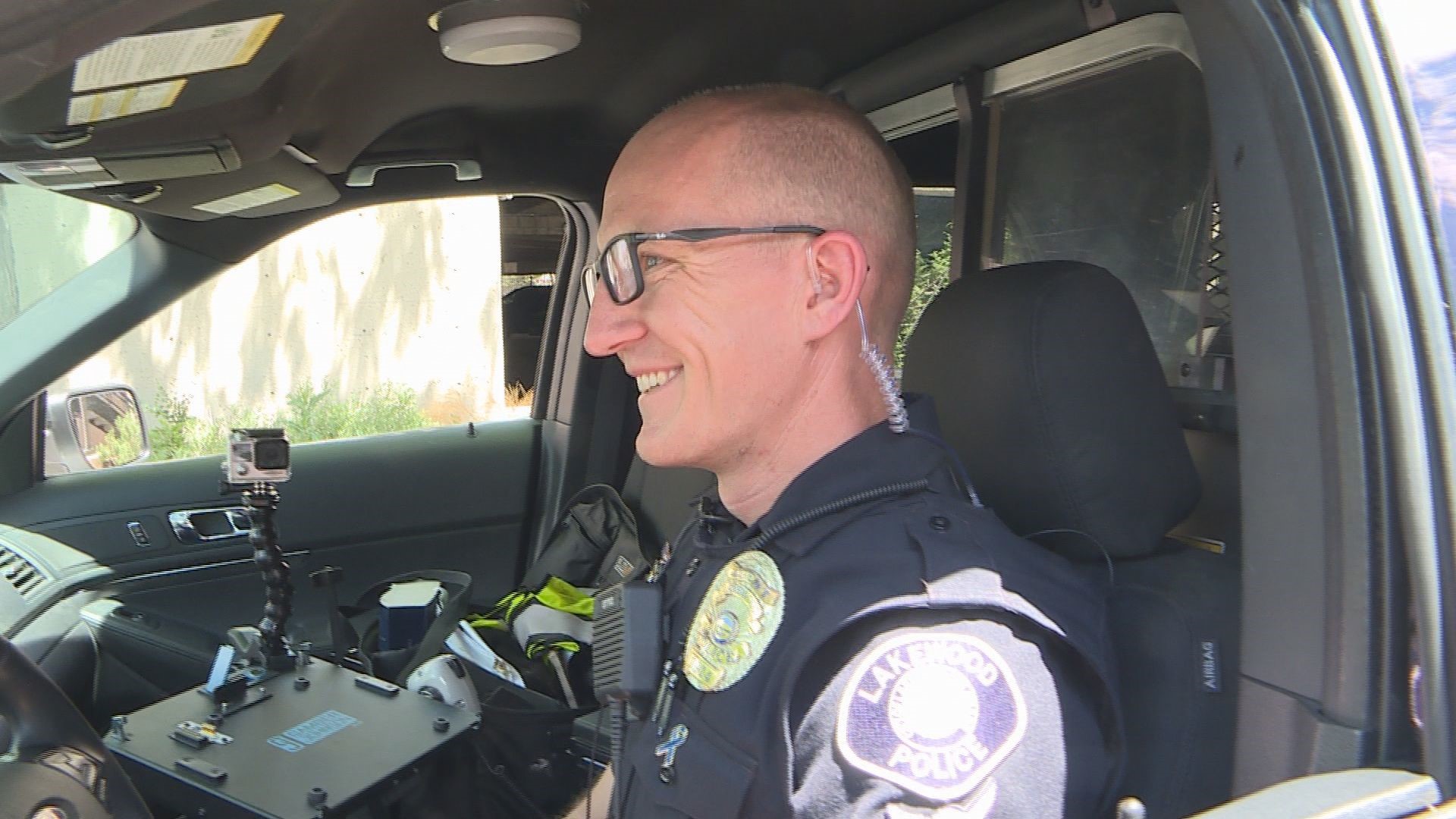 LAKEWOOD, Colo. — "I wear glasses now. It's a new addition," Agent Mark O'Donnell said, on his second day back at the Lakewood Police Department. "Bouncing your head off the pavement is not good for your health."

"Unfortunately, me and the car had a collision and I went tumbling down Colfax into a heap of brokenness onto the road," O'Donnell said, of the motorcycle crash that kept him out of work for 10 months.

On August 3, 2018, the Lakewood Police officer was on duty driving on West Colfax when a car took an unexpected turn in front of him from the oncoming lane. The car and O'Donnell on his motorcycle collided.

"Right after the crash happened, I knew that things were not good," O'Donnell said. "I wasn't able to move. I knew from what I could see that my wrists were pretty destroyed."

They were, and his wrists were just the beginning of a list of serious injuries. O'Donnell suffered a closed head injury, a concussion, he broke his neck, jaw, both wrists, and his leg.

O'Donnell pushed himself hard, every day, for 10 months, through surgeries, physical therapy, doctors appointments, and in his daily life.

"I had tons of support. Between my family, my extended family, my police family. My therapists have been some of my biggest cheerleaders pushing me every day to get better."

Another of his biggest supporters was his 10-year-old daughter, Mylee.

"You don’t want your children to have to see you go through something terrible. You’re supposed to be the one that’s always there for them," O'Donnell said. "Fortunately, she was there for me."

After less than a year of recovery, O'Donnell is back on patrol at the Lakewood Police Department, this time on four wheels.

"I'm beyond thankful to be back," O'Donnell said. "I grew up always wanting to be a police officer and that happened for me. I’m just blessed."