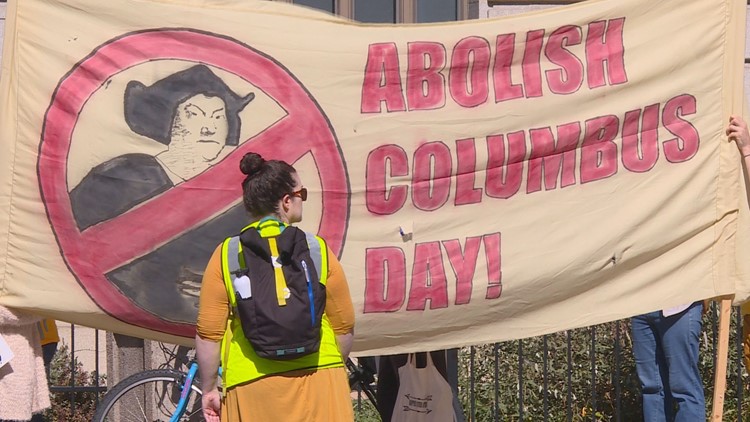 After 112 years of celebration, Columbus Day is threatened by Colorado state legislature

DENVER — After becoming the first state to introduce the holiday in 1907, the Colorado legislature is challenging Columbus Day’s legitimacy once again.

More than a century after its debut, Democratic State Rep. Adrienne Benavidez is aiming to abolish the October celebration with House Bill 20-1031 and replace it with a state-legal holiday dubbed ‘Colorado Day’. The proposed holiday is intended to commemorate Colorado’s history.

Benavidez’s said Columbus’ contentious treatment of native people is her motivation for sponsoring the bill. In it, Benavidez argues that Columbus “did not travel to or enter the territory that became the United States.”

The bill was introduced in the House on Jan. 8 and will be further discussed in the State, Veterans and Military Affairs Committee at 1:30 p.m. Tuesday.

The origins of Columbus Day can be traced back to Italian-American Denverite Angelo Noce. Noce urged Republican State Sen. Casimiro Barela to write a bill that would honor Italian heritage by celebrating the voyager. Ever since, the holiday has stood as one of Colorado’s 10 official holidays.

Controversy replaced its celebration in the coming years.

Berkeley, Calif. was the first city to ditch the federal holiday in 1992. Since then, more than 130 cities followed suit, including Boulder, Denver and Durango.

It has become a statewide issue, too — according to HB20-1031, “at least 11 states have renamed or removed Columbus Day as a state legal holiday.”

Coloradans have spoken up as well; in wake of the most recent Columbus Day, hundreds gathered at the steps of the Colorado State Capitol, protesting its acknowledgment.

RELATED: Some states honoring indigenous peoples instead of Columbus

But not all Coloradans are convinced that the holiday should be repealed. Several Italian-Americans are against the bill, claiming that abolishing the holiday would undermine their national heritage and endanger the celebration of Italian pride in Colorado.

Benavidez’s proposal is not unprecedented.