Super Tuesday's over. How are Colorado's Democratic delegates divvied up among candidates?

How impressive was Bernie Sanders' win in Colorado? Let's look at the delegate math. 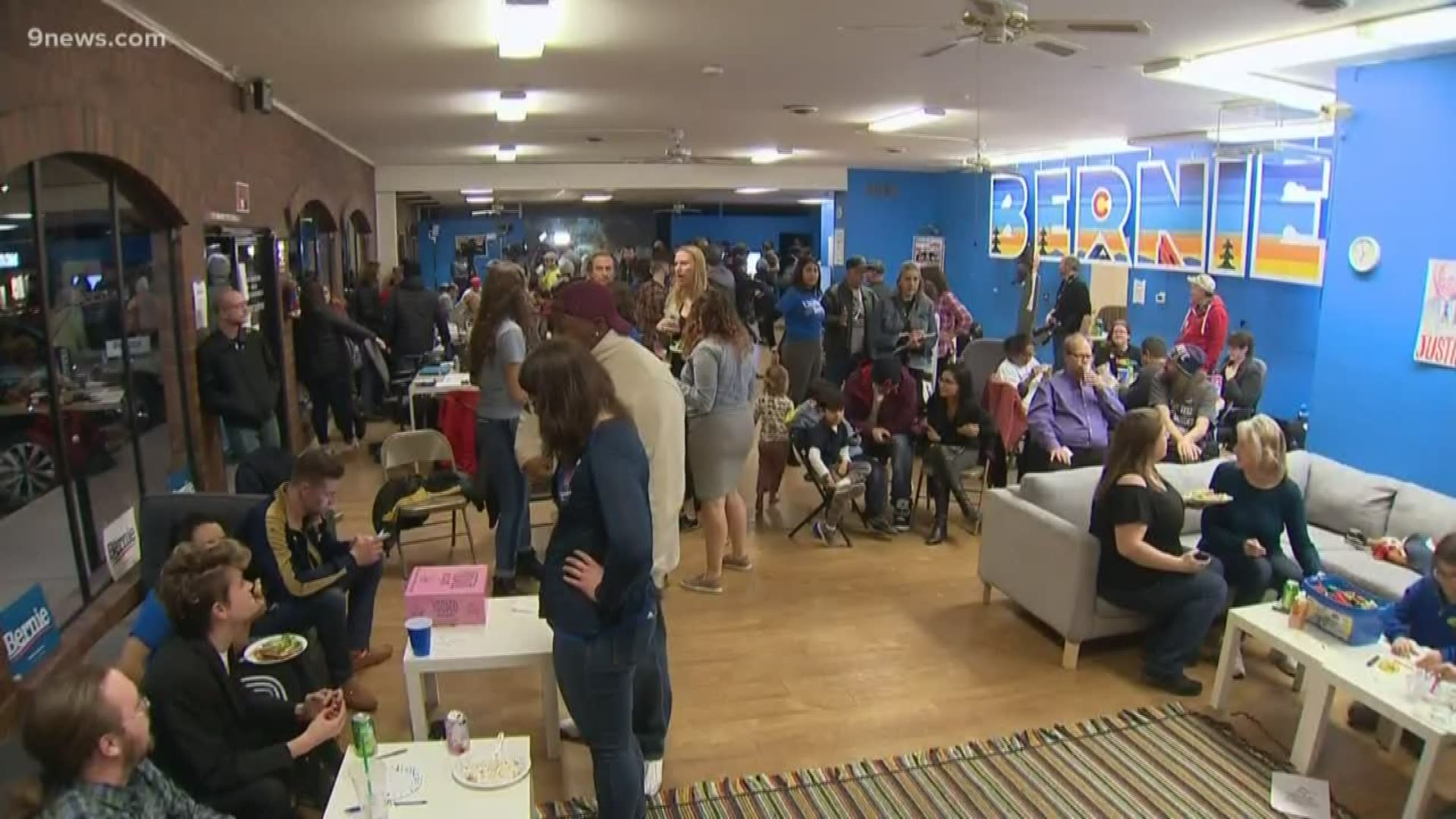 DENVER — The results you think you know from Colorado's Democratic presidential primary are not the results used to determine how many delegates each candidate receives.

As of 7 p.m. Friday, the Colorado Secretary of State's Office had the results as follows:

Those are the four candidates that exceeded the 15% threshold required to earn any delegates in Colorado. Nine other candidates split the other 2.28% of the vote.

Yet, those aren't the percentages that the Colorado Democratic Party uses to divvy up the delegates.

"This is not the general election where some folks believe it should be one person, one vote. This is just who is going to be our nominee, said Colorado Democratic Party Executive Director Halisi Vinson. "It's really very, very simple math. It's elementary school math. It really is."

RELATED: What is next after Super Tuesday?

RELATED: 14 states voted on Super Tuesday. Here are the results.

Any candidate who did not meet the 15% threshold is taken out of the equation. It's as though they never ran for office and no one cast votes for them.

"We are counting everyone's votes, as long as those votes count," said Vinson. "It kind of is a convoluted process."

Since Bloomberg dropped out this morning, he and his voters are also is taken out of the math equation.

The Colorado Democratic Party math based on the 684,532 voters who cast votes for Sanders, Biden and Warren, also as we know it as of 6:40 p.m. on Wednesday, and not the 874,399 overall voters that sent in Democratic ballots.

And the breakdown of the 23 statewide delegates is as follows:

But after Warren suspended her campaign on Thursday, the results changed again. As of 7 p.m. Friday:

What about the other 44 Colorado Democrat delegates?

The Colorado Democratic Party uses the same math equation, but by looking at the results broken down by each of Colorado's seven Congressional Districts.

"That is a good question that I cannot answer. It is above my pay grade," said Vinson.

That decision was made by the Democratic National Committee.

Based on the Congressional District math, here's how many delegates each candidate will get overall: