Colorado Rising: Neighbors band together to help mother, son living in their car 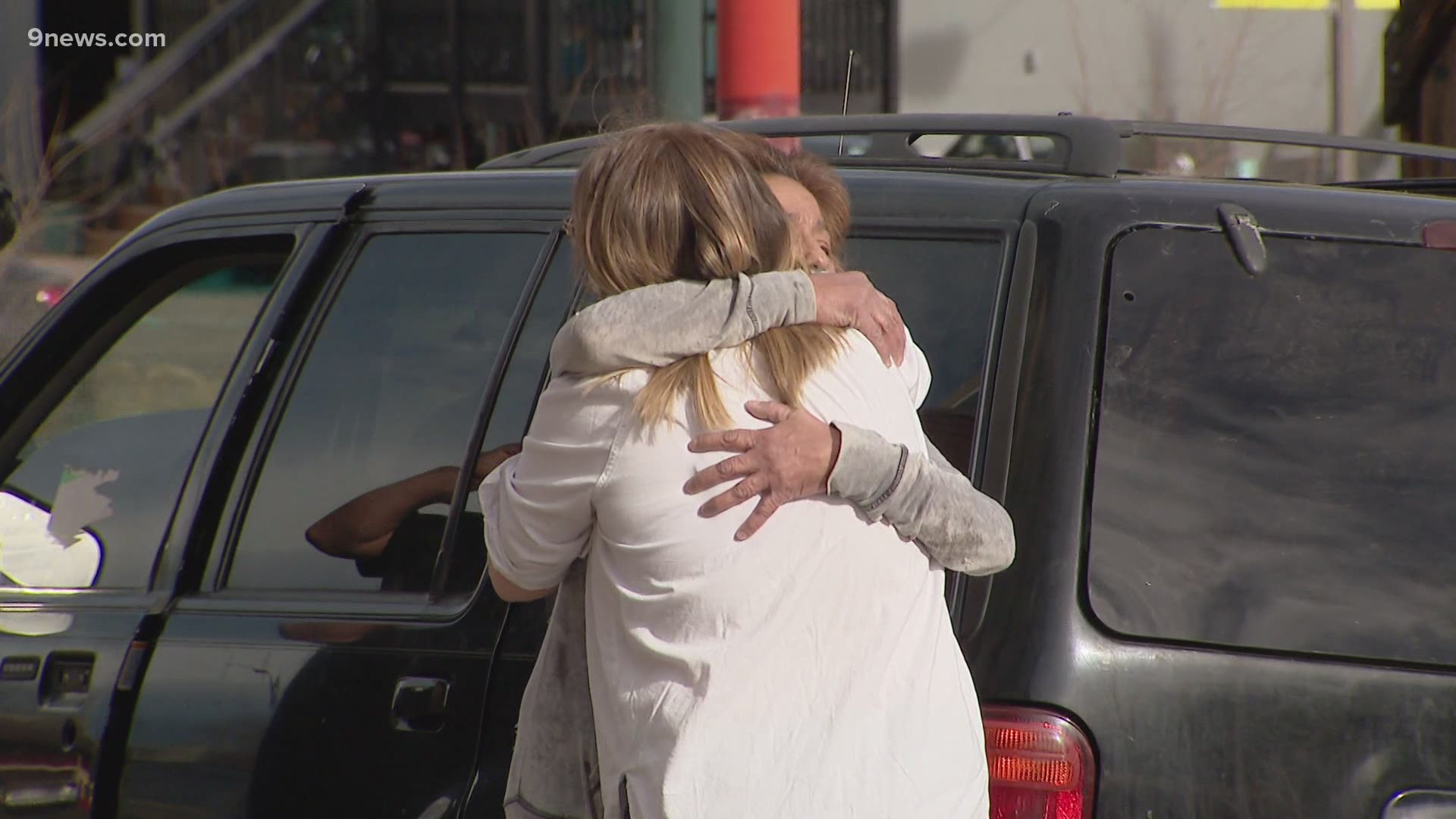 DENVER — Kelly Brenner knew something wasn't right when she saw the same broken-down SUV parked in the same spot for weeks at the corner of West Colfax Avenue and Yates Street, just south of Sloan's Lake.

"This car didn't move because it didn't run," Brenner said. "It was there all the time. I saw that his windshield was broken, and he didn't have a rear windshield."

At first glance, she didn't notice that people were living in the vehicle.

That broken-down 2000 Mercury Mountaineer belonged to George Gutierrez and his mother, Julie Quintana. They had been sleeping in the SUV for three months before neighbors started to take notice. Some called the Denver Police Department on them, but the two were never cited or told to move their vehicle.

Gutierrez and Quintana spent cold nights huddled together with their dog in the front seats of the vehicle. They said they lost their apartment and their jobs because of the pandemic and had been trying to get back on their feet.

"I expected the worst to happen every day," Gutierrez said.

Credit: Photo Courtesy of Kelly Brenner
George Gutierrez and his mother, Julie Quintana, lost their jobs due to the pandemic and were living in a broken-down vehicle in the neighborhood south of Sloan's Lake.

They tried to find affordable housing but had no luck.

"We tried going to a shelter at the Samaritan House. They were full," Quintana said. "You just let the people go in with the kids. We're adults. We can handle it."

"I saw him out there with his hood up, obviously trying to fix the car, get it started, get it running," she said. "It was clear he was in a position where he needed assistance."

Brenner posted a message to her neighbors on NextDoor. It was a simple ask to let those who were struggling to find their way.

"All I asked was, 'Let’s not call the cops on our neighbors,'" she said. "And it was the community organically that started posting, saying if his car doesn't run, my boyfriend is a mechanic, he can come by tomorrow. If he needs a starter I can install that for him."

Credit: KUSA
Kelly Brenner posted to NextDoor asking her Denver neighbors to not report George Gutierrez and Julie Quintana to the police.

Hundreds of messages followed with offers to help, from cash to warm meals. Dave's Mobile Auto replaced the rear windshield and fixed the vehicle's starter. Cloud Nine Catering stepped up with meals and a camper stove.

Another neighbor went a step farther and offered Quintana and Gutierrez a place to stay temporarily at a house under renovation. It wasn't far from where their SUV was parked for months at Yates and Colfax. The two stayed at the house as they looked for permanent housing.

Brenner put together a GoFundMe, and neighbors helped raise more than $1,500. It was money that Gutierrez and Quintana are putting toward gas, cellphone service and motels while they look for jobs and a new home, Brenner said.

"What I'm hoping is provide a bridge to an easier, better life for them," she said.

Quintana and Gutierrez said they couldn't believe the kindness and generosity of the neighborhood. The help has given them motivation to get off the street.

"It gives us something to look forward to," Quintana said. "Cause when you're down and out, you don't even look to the future. What future do you have? These people gave it to us."

Brenner said a message on social media was the least she could do for a neighbor -- even neighbors who don't have an address on the block.

"I'm in my warm bed. He's 150 feet away, sleeping in his car," Brenner said. "You can't do something about that problem that's right in your face?

"I think if we start to look around us and see what kind of good we can do, that would be really powerful," she said.

RELATED: Positively Colorado: Veteran from Greeley was in first wave at Omaha Beach on D-Day 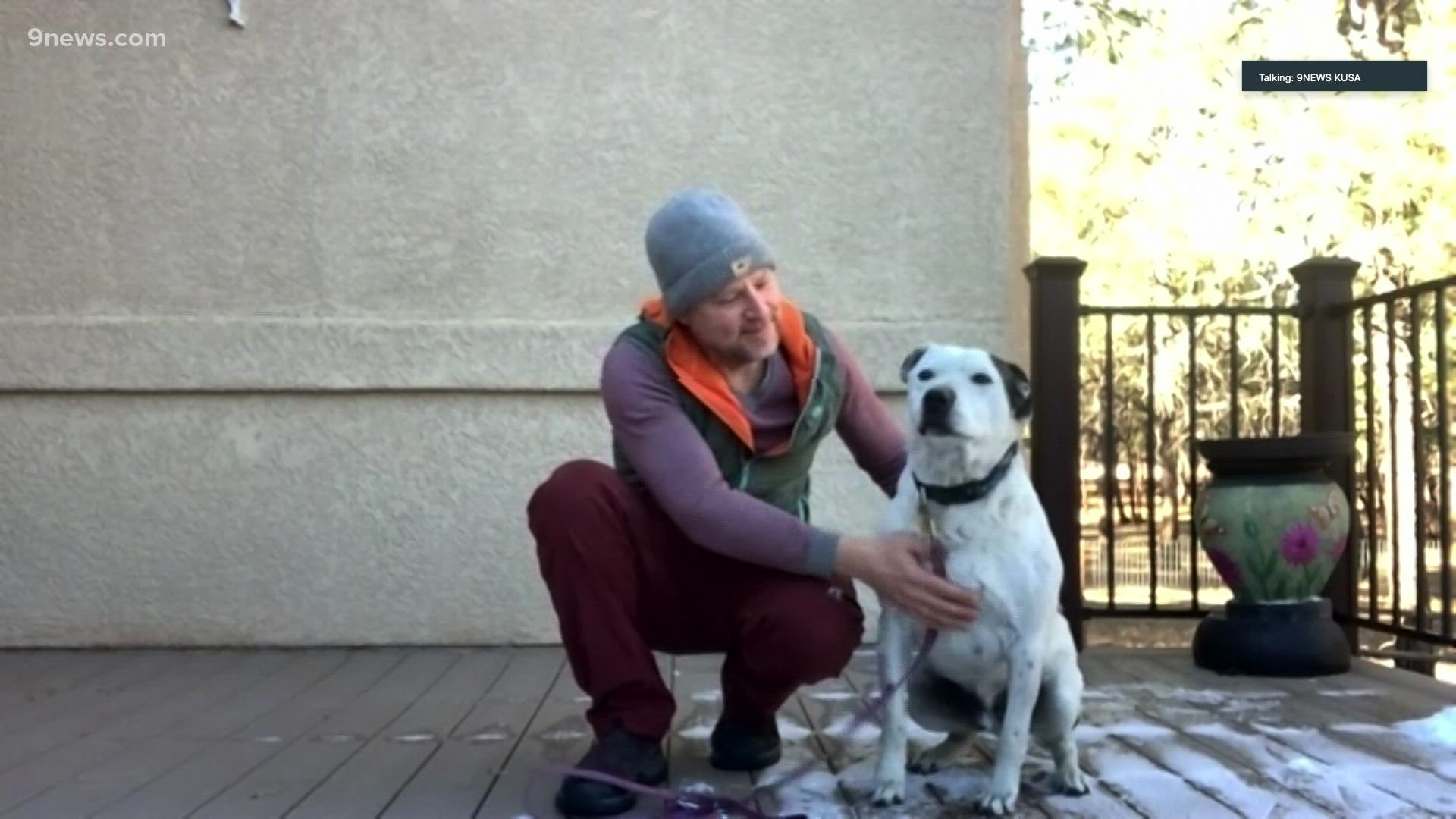