A 5-year-old found an octopus at Boyd Lake State Park a couple weeks ago, and then his family found two more. What the octopuses were doing there is not known. 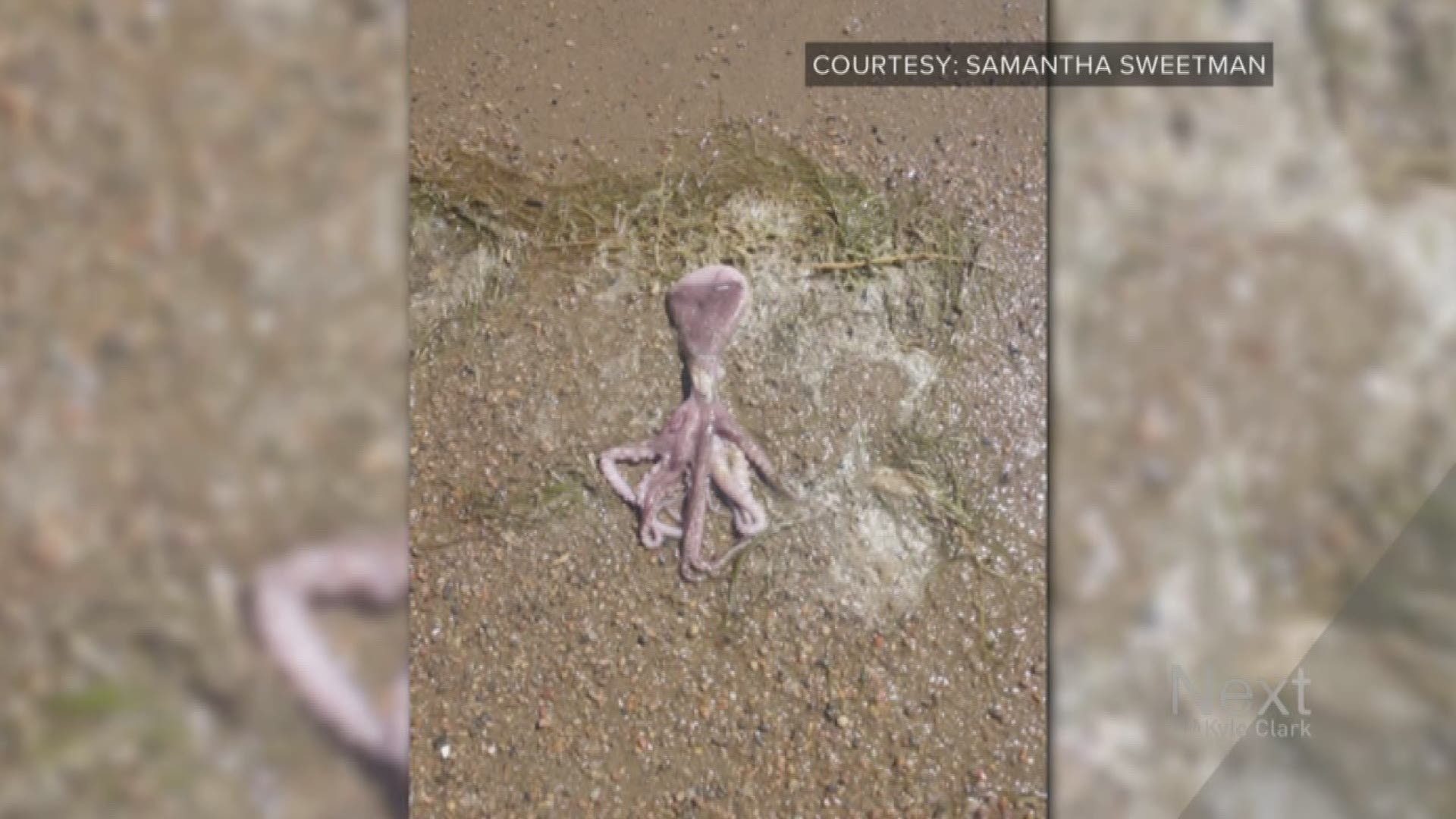 KUSA – Let’s get this out of the way: No, Colorado Parks and Wildlife does not stock lakes in the Centennial State with any sort of cephalopod … and they can’t survive in freshwater anyway.

So it’s kind of a mystery why three octopuses were found on the beach at Boyd Lake State Park in Loveland on July 14.

“This is a first for me,” said Colorado Parks and Wildlife spokesperson Lauren Truitt, who is no stranger to answering weird questions about animals in Colorado.

Samantha Sweetman said her 5-year-old son was the one that first found an octopus at the beach at Boyd Lake.

“We were just letting up on the beach like we do every weekend,” she said, adding that she didn’t believe her son at first.

“It’s very odd and not something we typically see in our waters,” she said.

Truitt said there are two theories about what happened. The first is that someone was keeping the octopuses as pets, and wanted to get rid of them in the lake.

“If they were dumped alive, they would have died in just a matter of days,” she said.

The other option is that someone was illegally dumping the dead octopuses. Truitt said octopuses are not something that are typically used as bait, because 1. Freshwater fish don’t encounter them and 2. A whole octopus is pretty expensive.

She couldn’t say if the intent in leaving the octopuses behind was malicious, but that whoever was responsible could be fined or lose their fishing license (if angling was the goal).

All of this begs the question though: How do you get a hold of an octopus in Colorado to begin with? The Huffington Post reports that “pet octopuses are high-maintenance but surprisingly personable” -- which means there are people who genuinely do keep them as pets.

While a search for “live octopus” on Petco.com yielded no results, Your Fish Store, an exotic fish supplier, did have some for sale. They weren’t cheap – a brown pacific octopus runs for $99.30 without a tank setup (that costs another $100) … and even the little ones are $130.54.

These animals require at least at 55 gallon tank, according to Saltwaterfish.com and are for hardcore aquarists only … especially because they tend to eat all of their roommates and are total escape artists who can live up to three days on dry land. They also don’t live very long: typically only a year as pets.

Now that we know the difficulty and expense of acquiring and keeping a pet octopus, it’s time to explore the other scenario: dumping an already dead octopus into a lake.

They’re actually easier to obtain in Colorado than you think. Seafood Landing in the Highlands sells about one a month, and can get a fresh one for customers with a day’s notice.

These octopuses cost around $6.95 a pound there – meaning a five pound specimen could cost almost $35! Multiply that by three and you’ve got more than $100 in octopus meat on the shore of a lake in Loveland.

At Tri Ocean off South Federal, a big whole octopus is $7 – and the more exotic Japanese variety is $20.

At this price point, it seems at least more cost efficient to be leaving whole octopuses behind at a state park, although the question of why remains a mystery.

Park rangers will remain on the lookout, and alert the public if they need to, Truitt said.

“The more my husband have been thinking of it, the more just weird and odd it is,” Sweetman said.