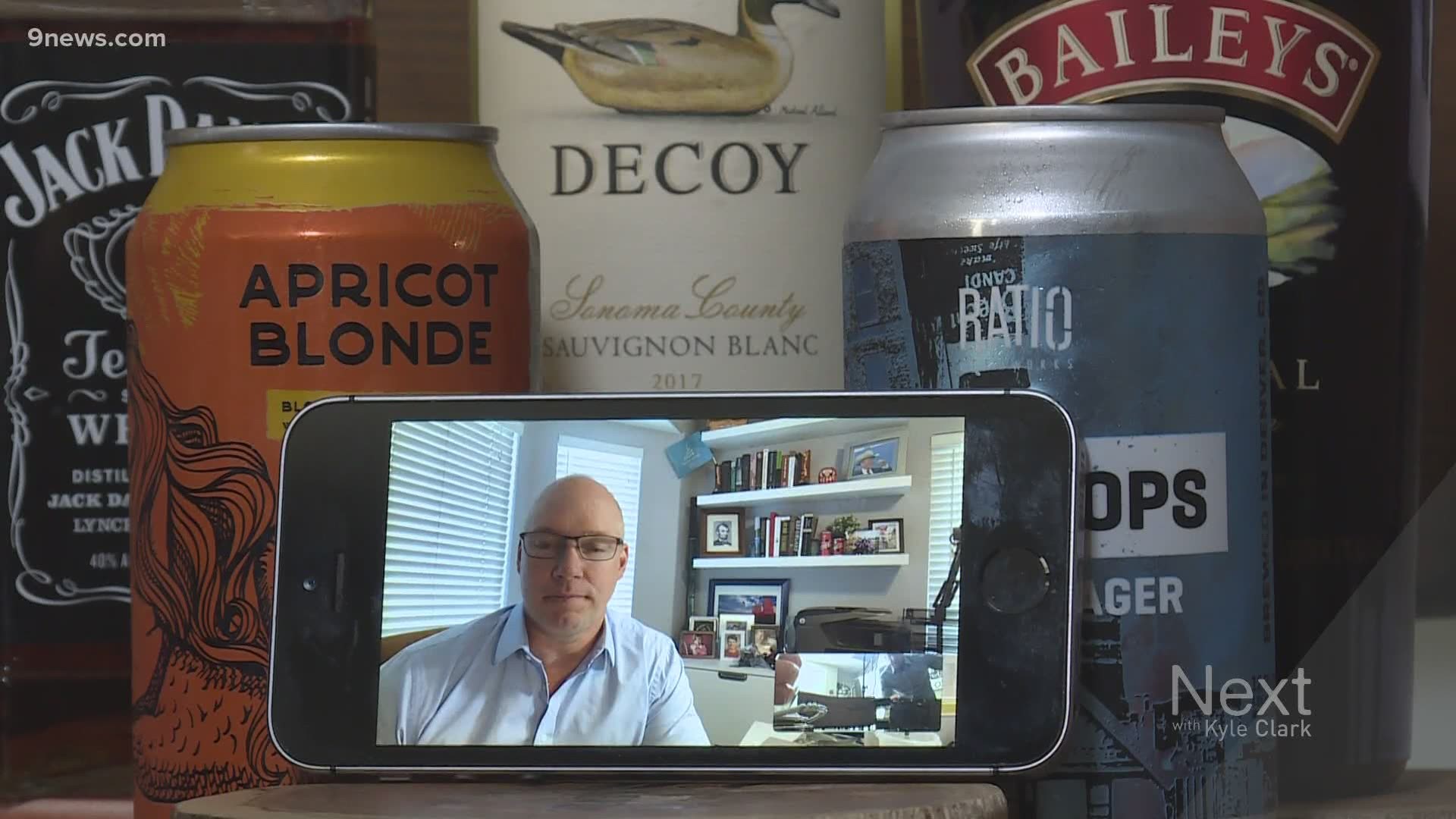 DENVER — Take-out alcohol sales could remain in place for restaurants, bars, breweries, wine bars and tap houses under a proposed bill that will be introduced once the Colorado state legislature returns next week.

Through an executive order by Gov. Jared Polis (D), businesses that are licensed to sell alcohol to be consumed on-site can currently sell alcohol to-go or deliver that alcohol, as long as there is a food purchase. On-site drinking and dining was put on pause because of the COVID-19 pandemic.

RELATED: Remember the 2020 prohibition that lasted only a few hours?

The bill would allow take-out and delivered alcohol with a food purchase until July 2022.

"If the executive orders are lifted in the next six-to-12 months, I doubt the general public will immediately rush out and start frequenting bars and restaurants like they had in the past," said Priola in an interview with Next with Kyle Clark. "Two years is the ideal timeline, that in two years things should be relatively back to normal and then we can have the conversation about pushing out the sunset or just repealing it altogether."

On March 20, Polis issued his executive order allowing the sale of alcohol for take-out or delivery, as long as food was purchased and the person was 21-years or older. That order has been amended and extended twice, and currently is set to expire on May 30.

Once it expires without an extension, restaurants, bars and breweries would not be allowed to sell to-go alcohol.

"We passed legislation last year that allows for home delivery of marijuana. I don't see this as completely being out of bounds, especially in this day in age of Grub Hub and Amazon and Uber, it's kind of the way society is moving," said Priola.

If passed by the legislature and signed by the governor, it would take effect immediately through the use of its attached safety clause, which is used on bills for the "immediate preservation of the public peace, health or safety."

"You could make the argument that it's going to keep people from contracting the virus by having things delivered from them," said Priola.

RELATED: How Colorado could allow restaurants to reopen for dine-in service

RELATED: When you order food through delivery apps, restaurants pay

"Liquor stores are small business too, and they play a valuable role in our community and jobs, but, I think, they see the difficulty that bars and restaurants are going through right now, and I think they would step up to the plate and be fine with the executive order being in statute for two years," said Priola.