The Cherry Creek trail is flooded under the Monaco bridge. The culprits? Beavers. 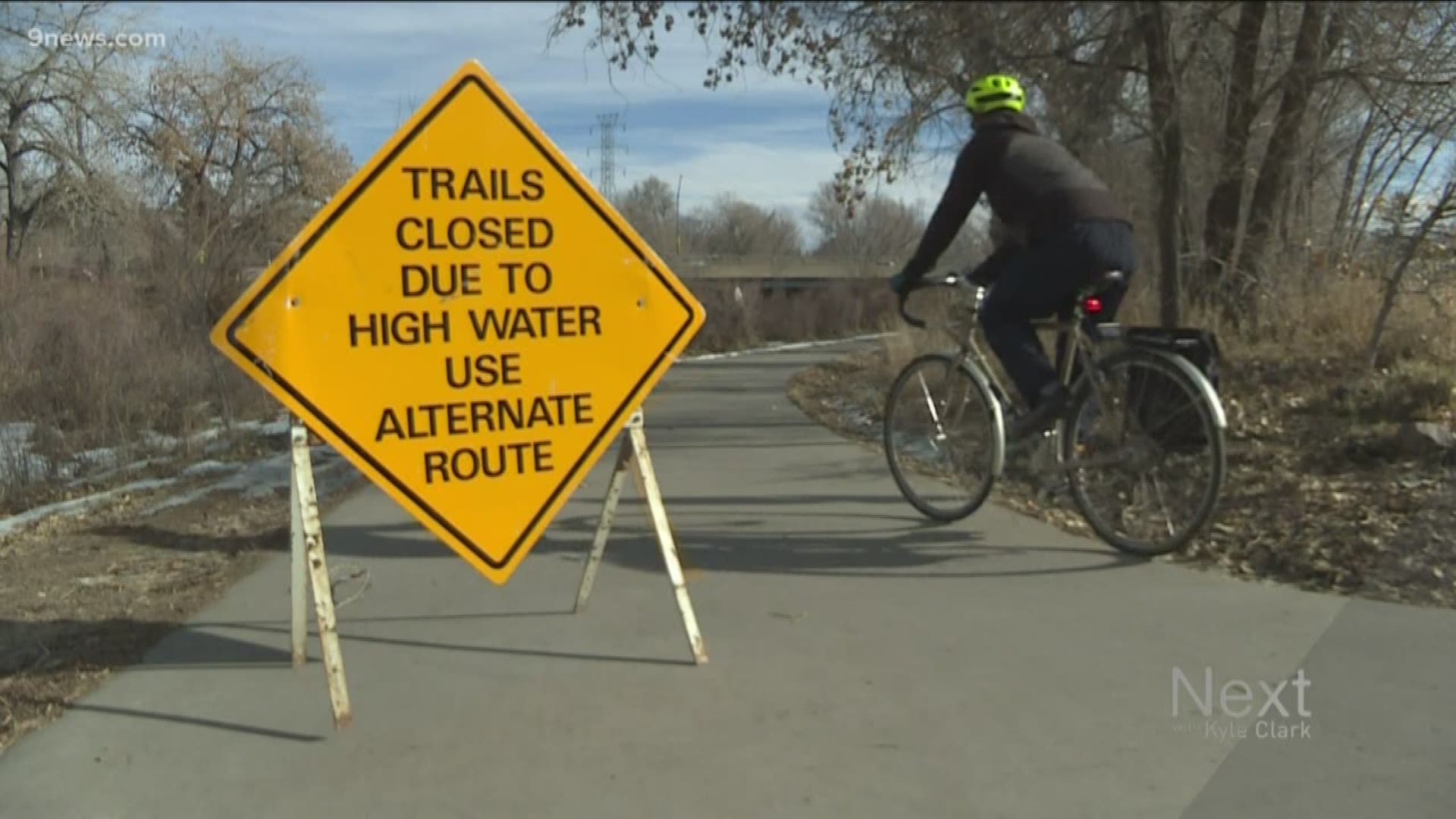 DENVER — You can blame beaver reproduction and their building habits for flooding on the Cherry Creek trail under Monaco Street.

Yes, there are actually lots of beavers in Denver. And an active beaver dam has caused flooding on this popular bike and running path since November.

Denver’s Parks and Recreation Department thought it had a plan to ease the flooding without destroying the beavers’ habitat by way of a flow device, but the plot has thickened.

A spokesperson now says the creek is too shallow in the area for a flow device to work.

This is something seconded by parks and rec, which said this is an especially bad time for a disturbance, since North America’s largest rodents are just about to breed.

That means it’s back to the drawing board.

For what it’s worth, beavers actually aren’t that rare in Denver – they’re in most of the city’s waterways if you know where to look.

The Greenway Foundation actually posted a guide to finding beavers in Denver. Apparently, the Platte River and its waterways are ideal beaver habitats.

Some signs of beavers include chew marks on trees or stumps, as well as their tracks, but be warned: a beaver dragging its tail could actually erase those!

Oh, you can also spot beavers by looking at their dams. Beavers are crepuscular creatures, meaning they’re only really active at dawn and dusk.

Honestly, that characteristic is similar to many Denver trail users, who will continue to have to navigate their way around a big dam problem for the foreseeable future.