Now that most older Coloradans have gotten a vaccine, younger people are being hospitalized for COVID-19. They tend to have less severe cases. 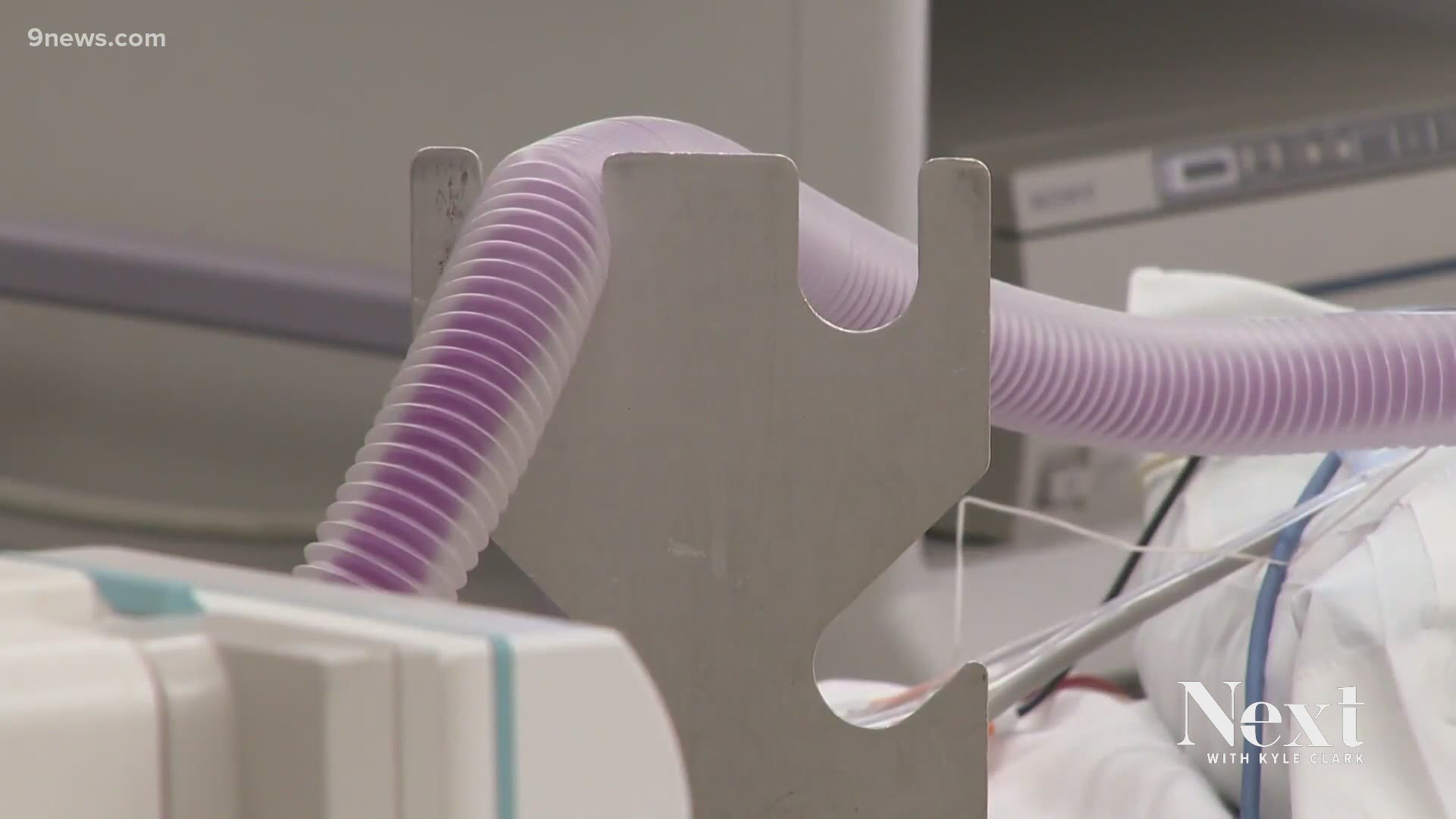 DENVER — Gov. Jared Polis (D-Colorado) called what’s happening in Colorado now the “fourth wave” of COVID-19 infections in the state, but health officials say one key factor makes it different from the others.

That metric is hospitalizations, which have been a number that has guided restrictions for the past year. While past waves involved older Coloradans who were more likely to have severe disease, this one has impacted those who have not yet received a vaccine.

“It’s typically a younger population right now that’s being hospitalized, but in general they tend to do a lot better, with shorter lengths of stay, less need for the ICU,” said JP Valin, the chief clinical officer at SCL Health. “Patients are coming in … they are sick, but they are being discharged relatively quickly and we are optimistic with that.”

Valin said according to state data, 92% of the new cases being reported in Colorado are people under the age of 60. Sixty percent of those cases are people younger than 40.

RELATED: As more vulnerable Coloradans get the vaccine, who is still in the hospital for COVID-19?

Meanwhile, more than 70% of Coloradans over 70 are fully vaccinated. This age group has accounted for the vast majority of deaths so far during the pandemic.

Valin said because of this, deaths have decreased since the beginning of the year, even as cases have begun to rise again during the fourth wave.

All Coloradans over the age of 16 are currently eligible to receive a COVID-19 vaccine.

Hospitalizations have risen from 300 to around 500 in recent weeks, but the state has continued with its plan to end the dial system and leave restrictions up to individual counties.

Roughly 40% of Coloradans have received at least one COVID-19 shot as of this writing. The percentage health officials have targeted for herd immunity is 70 to 80%.

“I think we’re really weeks away from being at a high level of vaccination and vaccination immunity," Valin said.