The impeachment process is over. One of Colorado's senators got angry afterward, and the other pleaded for cooperation. Want to guess who? 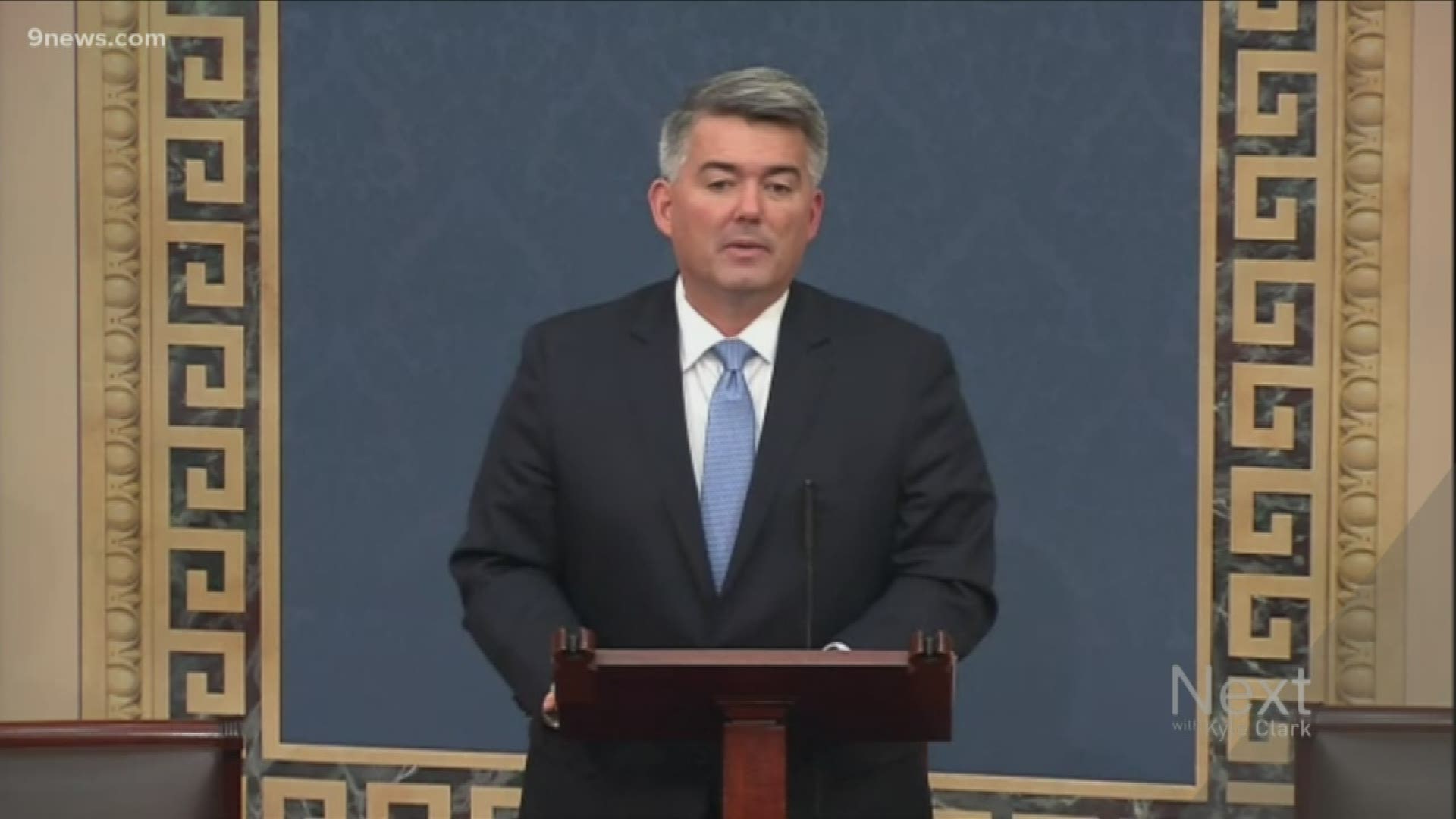 Sen. Mitt Romney (R-Utah) brought the only unforeseen drama in Wednesday’s Senate vote, as he was the lone Republican to join Democrats in opting to remove the president from office over an abuse of power charge.

The count otherwise fell along party lines with 52 not guilty votes versus 48 to convict on the abuse charge, and 53 to 47 on the charge of obstructing Congress.

At least 67 senators would have had to vote to convict the president to remove him from office. Colorado’s Republican Sen. Cory Gardner voted to acquit the president, as predicted.

RELATED: Mitt Romney to vote to convict Trump, likely the only Republican to do so

9NEWS reached out to his office with an interview request, but his office said it couldn’t be worked into the senator’s schedule.  Gardner did, however, speak on the Senate floor following the acquittal. He said, in part:

“We saw over the last two weeks an impeachment process that included the testimony of 17 witnesses, more than 100 hours of testimony, and tens of thousands of pages of evidence, records and documents, which I successfully fought to make part of the record. I fought hard to extend the duration of testimony to ensure that each side could be heard over six days instead of just four. But what we did not see over the last two weeks was a conclusive reason to remove the president of the United States, an act which would nullify the 2016 election and rob roughly half the country of their preferred candidate for the 2020 election.”

"We must not let our fractures destroy our national fabric. or partisanship to destroy our friendships. If we come together, we will succeed together," Gardner said.

You can watch his full statement here:

Colorado’s Democratic Sen. Michael Bennet, who is running for president, also spoke Wednesday about his frustration with the Senate, even beyond the trial.

“We voted on 26 amendments last year – 26. Twenty-six. The world's greatest deliberative body and we passed eight amendments in a year. Pathetic,” he said. “Even when there are literally witnesses with direct knowledge of what the president did practically banging on the doors of the Senate saying, ‘Let me testify,’ we're too lazy for that.”

You can watch his remarks here: