'Data that alarmed us': How a changing Denver can be ripe for human trafficking

The Denver District Attorney talked about the complexities of human trafficking cases and how a changing city can present opportunities for exploitation. 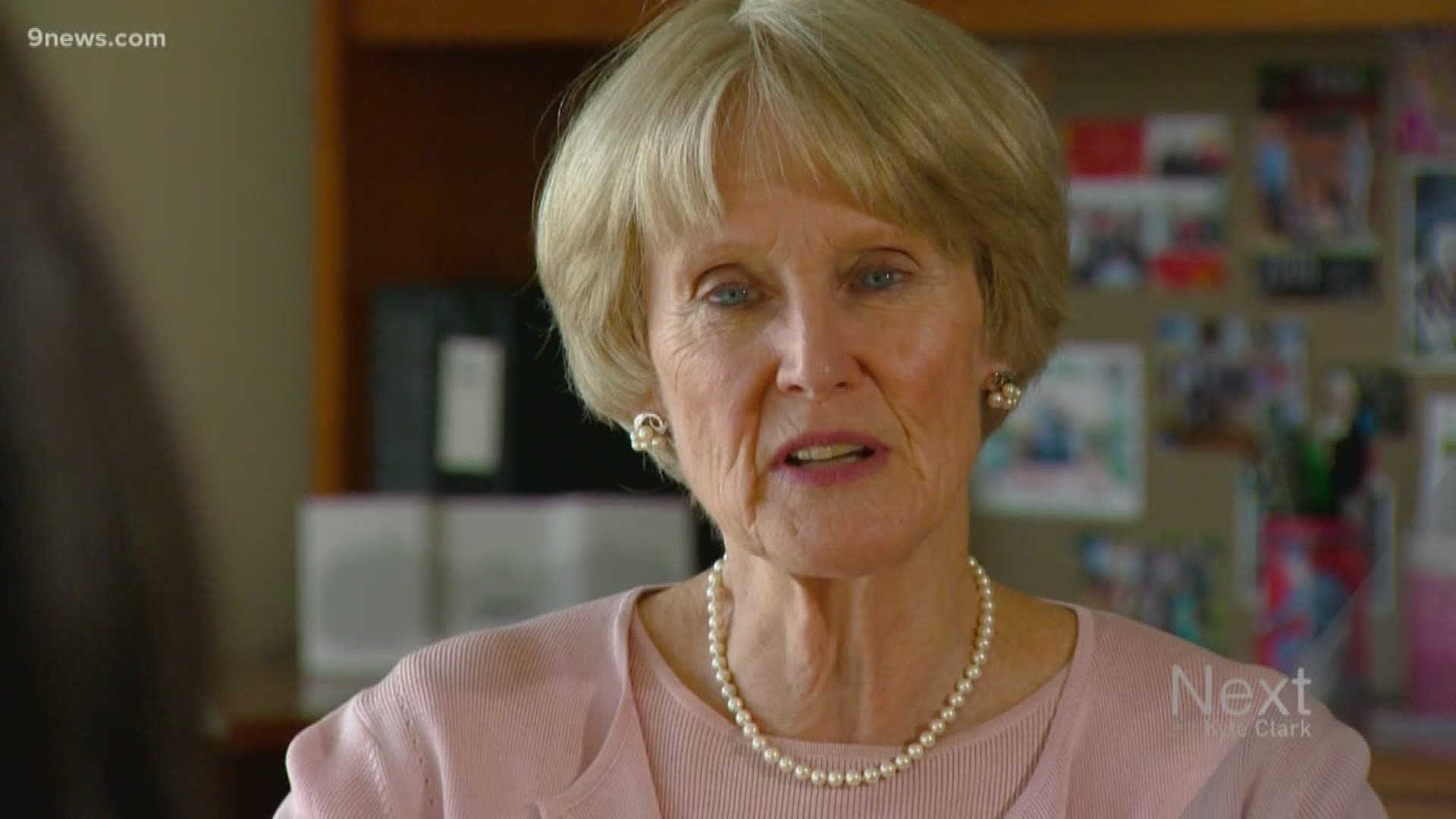 DENVER — When Denver District Attorney Beth McCann first took office in 2017, she said there was only one lawyer dedicated to its human trafficking unit.

Since then, it has expanded to include multiple attorneys -- including one who was just recently hired -- and a full-time victim's advocate.

But, even with additional resources, convicting a trafficker is tricky business. McCann discussed this topic and others during a conversation with 9NEWS.

Here's a look at some of the topics:

How many trafficking cases does the DA's office have?

Since 2017, the office has worked on roughly 80 cases. Seventeen have been resolved, which could include a suspect pleading guilty, being convicted or the case being dismissed.

Why is it tricky to prosecute accused traffickers?

McCann talked about the complexities of investigating these cases that include using technology to trace phones, computers and investigating financials.

Part of the challenge is that sometimes a suspect may not be in Denver or even in Colorado.

"Certainly that can enter into it," McCann said. "They may come to Colorado for a while and leave. They may be an owner of a business and may not be in Colorado, and we may have to work with other jurisdictions."

She said her office is working to investigate both traffickers acting alone as well as organized criminal groups.

"One of the areas that's very difficult to investigate is labor trafficking, and we see that a lot in the construction industry and among youth," she said, "We've heard from at least one of our partners that runs a homeless shelter for youth that many of the youth talk about being exploited and trafficked in labor."

However, McCann said those cases can be hard to prove since they need documentation and witnesses willing to testify.

"Denver is growing," McCann said. "With that growth comes the opportunity for more exploitation."

Who are the victims?

The Tennyson Center for Children works with kids who've been abused and neglected. The president and chief executive officer, Ned Breslin, said what he and his staff have seen is that many of the youngest victims are homeless.

He also said there are reports that show an alarming new pattern.

"A recent report came out with the data that alarmed us," he said. "The number of children in welfare, [the] foster care system, are now popping up in trafficking data."

Breslin said in the welfare system, victims are disproportionately girls and children of color.

"I think the shift is now we recognize it's one of the things that might have happened to children," he said. "If you had asked most people 10 or 15 years ago in the child welfare sector, they might not have said the same thing."

McCann also said human trafficking can victimize both children and adults -- regardless of socioeconomic status -- and that vulnerability and trauma are big factors as well.

McCann said people who don't have their immigration paperwork are victimized as well. 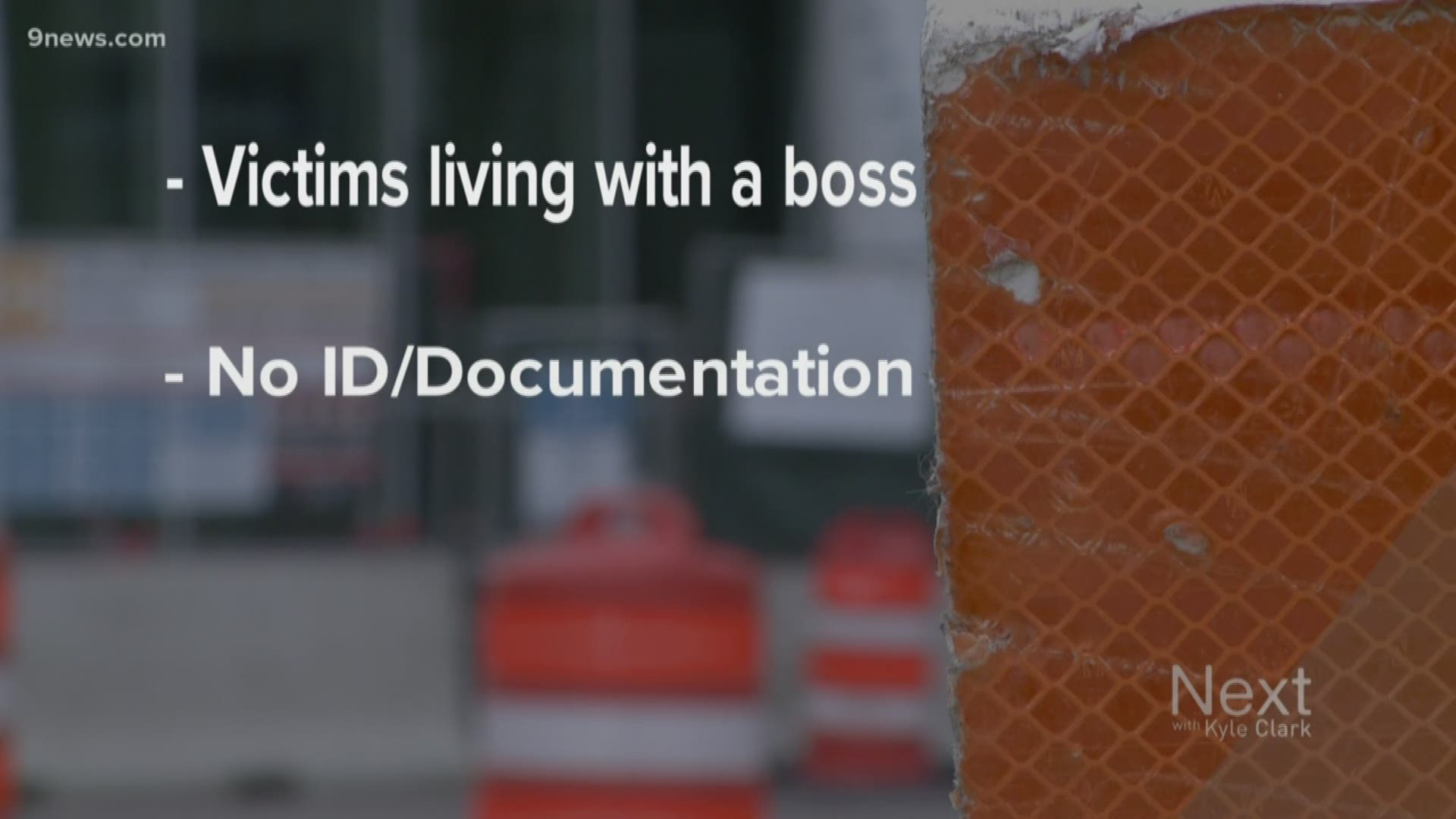 The Laboratory to Combat Human Trafficking, based out of Denver, said some of the warning signs include:

Patricia Medige is an attorney with the Colorado Legal Services and has worked on labor trafficking cases in construction.

"There are frequently levels of supervision," she said, "General contractor, lower tier subcontractors so that allows the abuse to occur at an arms length maybe from the general contractor."

Proving a labor trafficking case can be difficult, it again, requires documentation and witnesses who will testify.

There is also the factor of overcoming a common misconception.

"Labor trafficking we see both men and women exploited," said Medige," A lot of men and a lot of women. In construction, it's certainly more men than women and combination of youth and adults."

"Maybe they don't have a lot of options, lack of education, irregular immigration status," explained Medige, "Some workers are on a special immigration visa so they can't change employers.

Every year, McCann said her office gets roughly 100 calls about human trafficking, either from tipsters or victims, through the Human Trafficking Hotline. That number is 888-373-7888.

One of the most recent cases the Denver DA prosecuted most involved a man being arrested on October 7, 2019, for exploiting a 17-year-old girl into prostitution.

McCann said once law enforcement or her office connects with a victim, they work to get them connected to resources to help with their recovery and get to a safe position.