Gunnison is being used as a case study for effective isolation from the outside world amid an outbreak of an infectious disease. 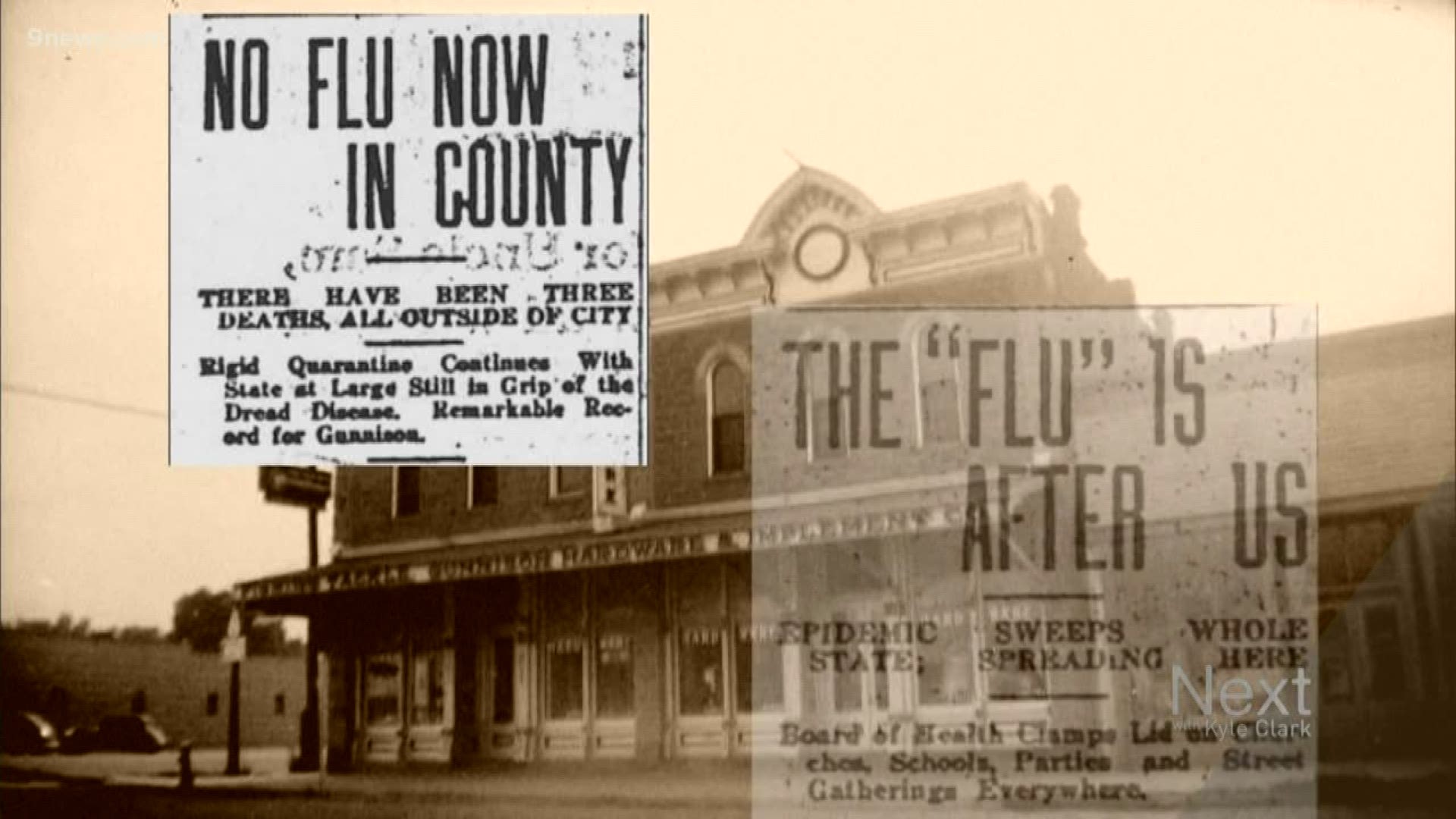 GUNNISON COUNTY, Colo. — When the Spanish flu swept through the U.S. from September 1918 to the beginning of 1919, one mountain community did everything it could to keep outsiders away.

And it worked. Nearly 8,000 people died of the virus in Colorado alone, but there were only two cases in Gunnison County: a woman who had traveled to Chicago and her sister, who picked her up from the train station. The sister was the mountain county’s lone flu death during an outbreak that killed an estimated 50 million people around the world.

“They told people they couldn’t enter, they advertised it widely,” said Dr. Stephen Leonard, a history professor at Metro State University of Denver. “It was well-known that they did not want people there.”

Leonard, who studied numerous newspaper clippings about the Spanish flu epidemic, said Gunnison was lucky in that it didn’t have an early case of the virus. That meant that as the disease began to spread in population centers like Denver and Boulder, the comparatively isolated town was able to more effectively keep people out.

“There had been plenty of warning, especially from Eastern cities, so Gunnison had a head start,” Leonard said.

The University of Michigan also studied Gunnison’s response to the flu. According to their report, the Gunnison News-Champion – the local newspaper – published at least one front-page article per week on the flu and its impact on surrounding communities for the duration of the epidemic.

Gunnison also went as far as to cancel school across the county on Oct. 8, 1918 – just a few weeks after the first reported flu cases reached Denver. The county doctor, meanwhile, sequestered the county, mandating that rail passengers who arrived there had to be quarantined for two days upon disembarking.

While residents were allowed to leave Gunnison County freely, people entering had to agree to be quarantined. This was taken very seriously: According to the study, two Nebraskan motorists who bypassed Gunnison’s barricade were arrested and jailed, and a man from Pitkin was fined for trying to evade the quarantine.

The flu did reach Gunnison County after it was reopened to the outside world: at least 100 cases were reported in mid-March 1919, and five children ultimately died of pneumonia.

While Gunnison can be used as a case study for keeping a virus at bay, Leonard is skeptical that these techniques could work in today’s society, particularly as health departments grapple with containing COVID-19.

“I don’t see what we could do today to isolate whole towns, I just don’t know if this would be possible,” Leonard said.