Some lawmakers and advocates in Colorado want to change a system that can treat people like criminals when they are in crisis. 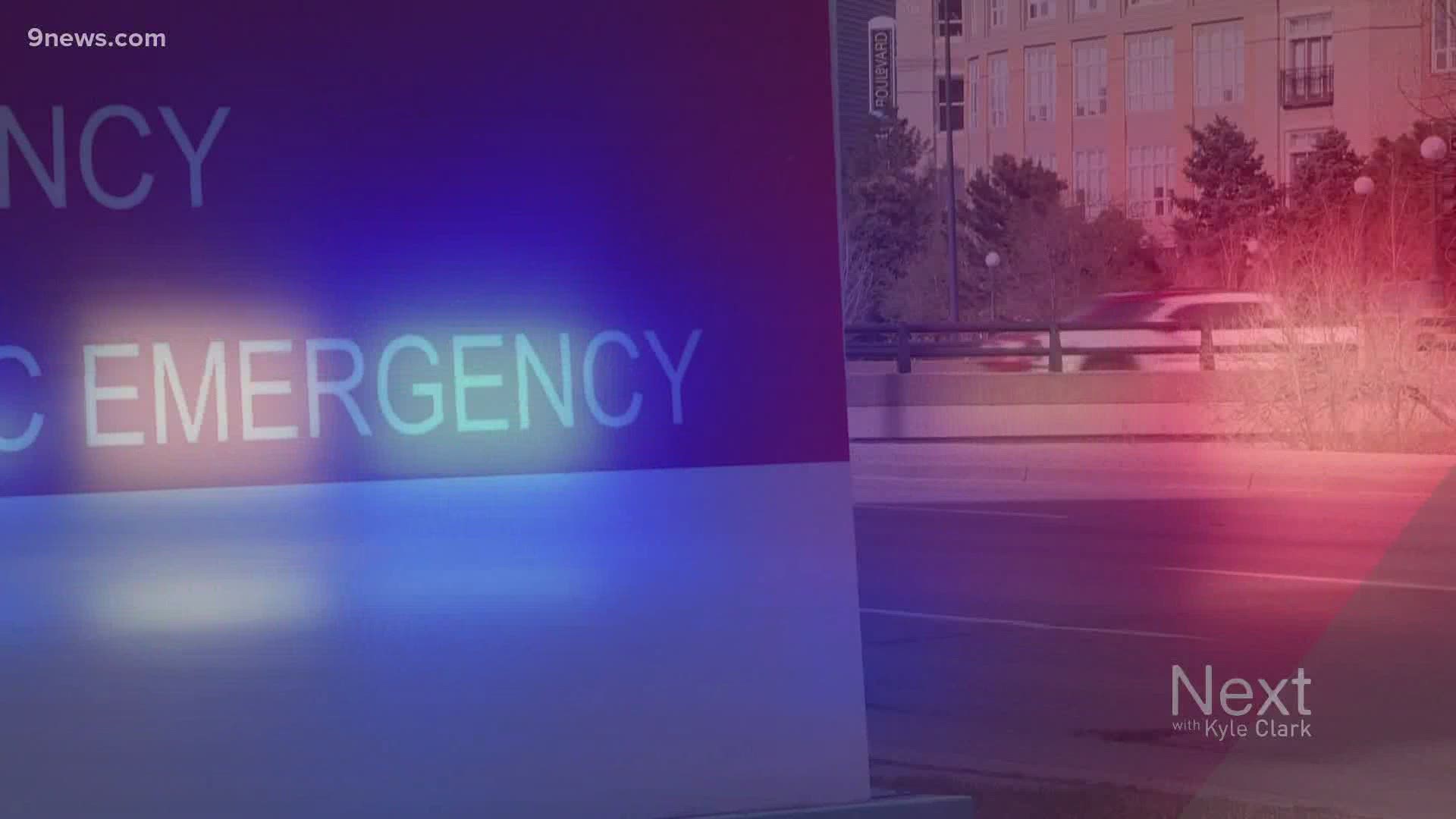 DENVER — With the 2021 state legislative session, some lawmakers in Colorado are hoping to revisit an idea to stop a practice mental health advocates worry treats people like criminals when they are in crisis.

Vincent Atchity, with Mental Health Colorado, said the secure transportation bill would update the way we get patients to the help they need.

"It would set up a structure in communities to create an alternative model for transportation, which will be secured, safe, and health-based, so that people needing transportation to care will be transported in vehicles that don't mark them as criminals," Atchity said.

This could be a van or car, and the transporting staff would be trained in managing a health crisis. Atchity said there could be an established partnership between law enforcement and local clinics and hospitals.

"If it's a community where the first on the scene is law enforcement, as is often the case, the understanding would be once they've ascertained this is a health care matter, not a police matter, they would call in the appropriate kind of transportation," Atchity said.

This kind of setup out could be used in a variety of scenarios, beyond just those involving law enforcement.

A little more than a year ago, Summit County Sheriff Jamie FitzSimons said when someone needed to be transported to care, deputies would transport people to the emergency room, handcuffed in the back of the police car.

"If you were to go in an ambulance, you would go restrained most of the time -- in a gurney, strapped down, being transported to a hospital. This way we can just ask them, hey, why don't you just step into my car?" he said today. "The way we do now Is absolutely the correct way."

In January 2020, FitzSimons set up the Systemwide Mental Assessment Response Team, or S.M.A.R.T. It consists of a deputy, a behavioral health specialist and a case manager.

"If I asked you [to] pick out which one is the deputy, you wouldn't know," the sheriff said.

This team dresses in pain clothes, rides around together in an unmarked car and helps stabilize people in the community and connect them with resources.

In 2020, calls for service in Summit County, when combining all law enforcement jurisdictions, added up to more than 1,000 calls directly related to mental health last year.

The real number is higher because many calls involve a mental health component, which officers realize after arriving on the scene.

S.M.A.R.T. was able to respond to 331 calls and referred to an additional 200 when off duty, saving law enforcement and EMS in Summit County 623 hours in the field.

This, however, is also a caveat.

There is one team that can't respond to every call. The sheriff wants to scale up.

While there are similar co-responder programs at different agencies, it's not found in every community across the state.

In those cases, many times, when someone calls 911 in crisis, law enforcement officers are the first ones to show up. That's one of the reasons why the idea of secure transportation is being brought back up during the 2021 legislative session.

A similar idea was brought up last year, but McCluskie, a bill sponsor, said it was derailed, in part, because of COVID-19 and the economic fallout.

McCluskie said this time around they are working on getting stakeholder feedback again. This includes the perspective of law enforcement in rural Colorado.

FitzSimons said it's important to make sure the proposed bill tends to rural communities and not just metro areas. McCluskie said she is keenly aware of that, going over ideas like local control so that individual communities can tailor a program that best works for them.

A big challenge this year, according to McCluskie, will be the number of competing needs vying for a finite amount of resources.

Regardless, she is hoping to introduce the bill later in February. She is also looking at a possible bill that would help fund co-responder teams.