The nature of the case is unclear, but another district attorney with involvement said he asked for Polis' intervention after a CBI investigation. 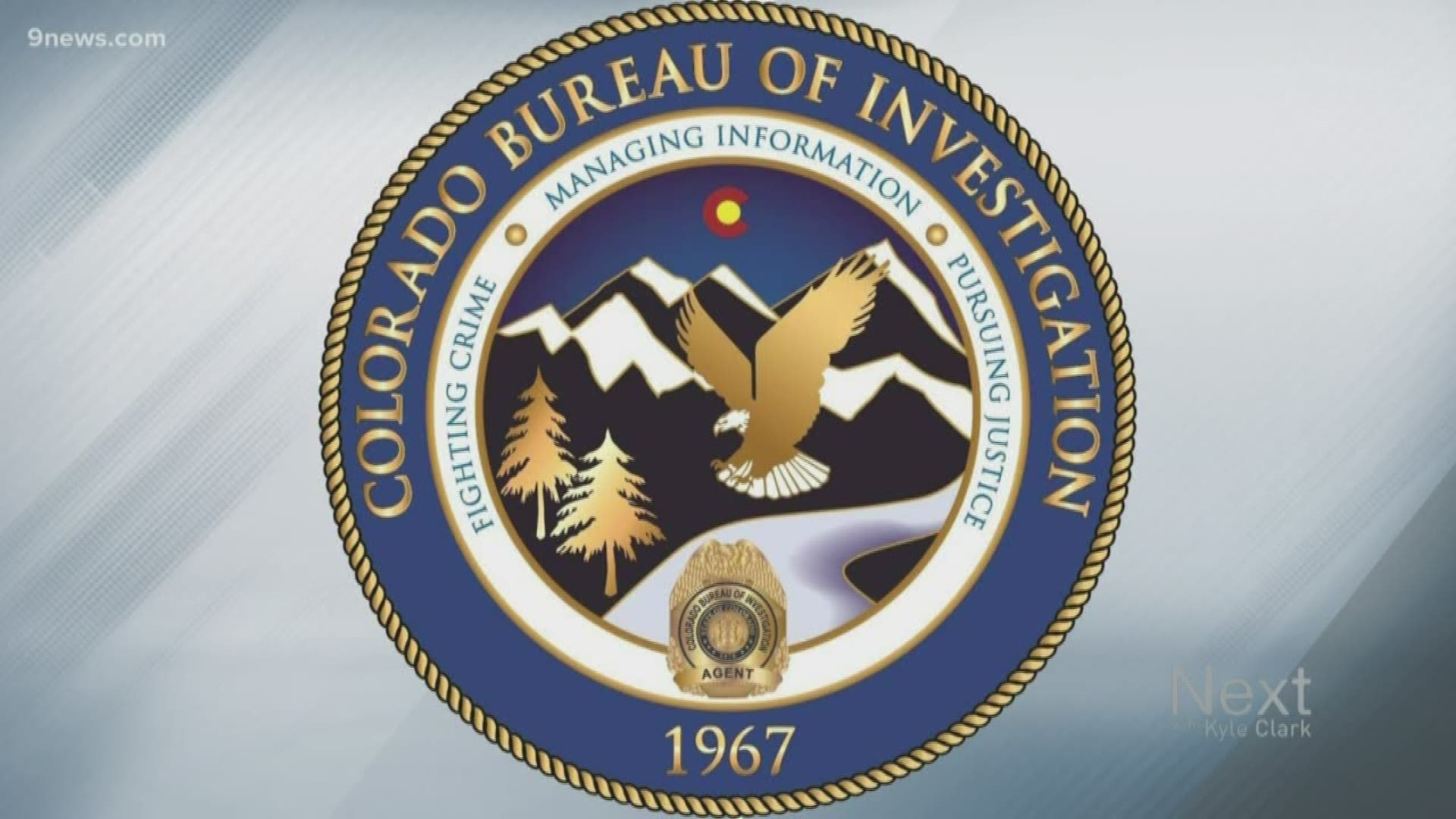 In an executive order signed on Aug. 15, Gov. Jared Polis (D) ordered Democratic Attorney General Phil Weiser to serve as a special prosecutor in the case, which involves "allegations of misconduct," the document said.

The details of the investigation are limited, but it turns out that Colorado law doesn't address what to do in a situation like this, if an investigator is being investigated.

No one in an official capacity will confirm the details of the investigation that were first reported by Colorado Public Radio, and Lewton did not respond to 9NEWS on Friday night.

What we know is that before the governor got involved, the Colorado Bureau of Investigation began investigating Lewton, according to the newly-appointed district attorney in Colorado's 14th judicial district, Matt Karzen.

The 14th Judicial District is on the opposite side of the state in northwest Colorado, covering Routt, Moffat and Grand counties. Karzen was previously the deputy district attorney but was appointed as DA by Polis as of July 1.

Karzen told 9NEWS that he was contacted by Tom Raynes, the executive director of the Colorado District Attorney's Council, to review the CBI case.

Karzen said normally, the 19th Judicial District in Weld County would have reviewed investigations involving the 13th Judicial District. He said he was picked because he was new, didn't know Lewton and was far away from her district.

Karzen told 9NEWS that once it became clear that further investigation of this case was warranted, he then involved the governor and attorney general.

The purpose of the executive order is as follows:

Lewton is being represented by former Boulder District Attorney Stan Garnett, who is now in private practice.

"I don't understand how the governor came to the conclusion, after something happened with the 14th Judicial District (DA), that he was the one to appoint a special prosecutor here," said Garnett. "The Colorado Constitution protects carefully the right of district attorneys to be the only officials that are able to bring charges in a case. We will be reviewing very closely, whatever the role was of the 14th Judicial District in this case and the Governor's efforts to appoint the Attorney General in this case."

Garnett said he had problems with a newly appointed Democratic DA (Karzen) going to a Democratic governor (Polis) and involving a Democratic attorney general (Weiser) to investigate a twice-elected Republican DA (Lewton).

Karzan confirmed he is unaffiliated and not a registered Democrat.

"We're trying to figure out exactly what's going on and what the agenda is," said Garnett.

Lewton is one of Colorado's 22 district attorneys. According to the Colorado District Attorney's Council, there is no state law for a situation where an elected district attorney is under investigation.

"We are in a stage right now and the 13th Judicial District where there aren't any accusations, there's just an investigation," said George Braucheler, who represents the 18th Judicial District covering Arapahoe, Douglas, Elbert, and Lincoln counties. "Just like everybody else in America, that person has to be presumed innocent and competent to do their job until proven otherwise." 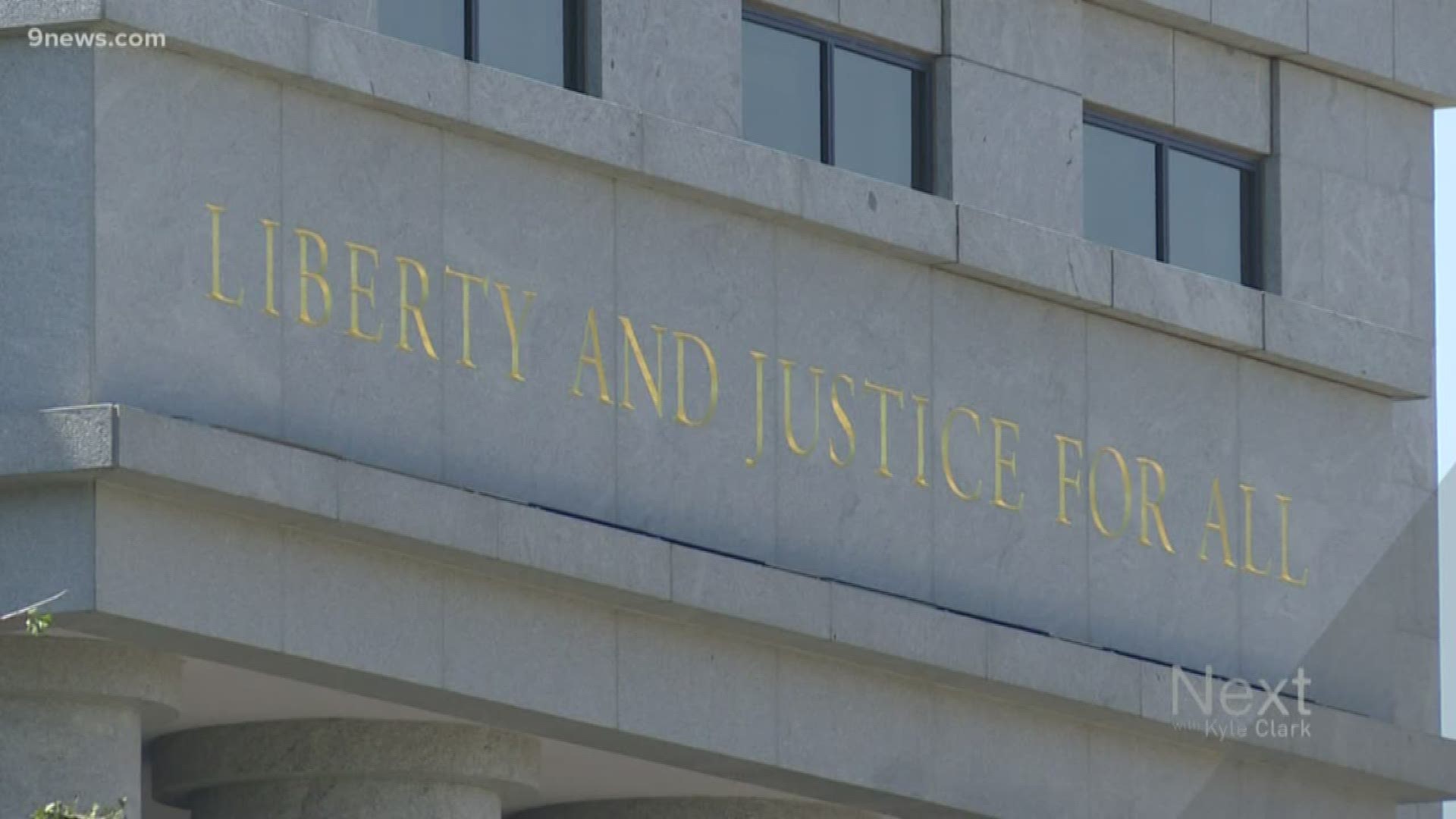 Lewton remains in her role as district attorney. She can only be removed from office through impeachment, through sanctions that cause her to lose her license to practice law, or if voters recall her.

"It's 100% fair. They are at-will employees. I serve at the pleasure of the voters, they're the person that hired me, they have the ability to take away this position and my authority," Brauchler said. "Whether or not that ability needs to be exercised in a day, or a week, or a month is not nearly as important as the fact that [voters] hold the strings to the power of this position."

The situation could be different if a district attorney stops showing up for work.

"If you want something faster to occur, there's a statute that allows the chief judge to appoint an interim district attorney if a district attorney is absent from the office," said Boulder County District Attorney Michael Dougherty.

That's what happened in the case of Myrl Serra, who was the DA in the 7th Judicial District when he was arrested in 2010. He later pleaded guilty to unlawful sexual conduct after claims were made by female coworkers.

Serra had stopped showing up to work because of restraining orders.

Since Polis signed an executive order to have the attorney general investigate this case, 9NEWS asked if there was anything stopping him from doing the same in the investigation in the officer-involved shooting death of De'Von Bailey in Colorado Springs.

On Thursday, Polis called for an independent investigation, which would require the 4th Judicial District in El Paso County to hand that case off to another agency.

According to a spokesman for Polis, "The Governor looks at every situation on its merits, and he has the discretion to decide the best course of action. At this point, the governor believes that the De'Von Bailey case should be decided by an independent law enforcement agency. The Governor's primary concern is public confidence in the process."