Colorado's legislators are considering giving teachers a break, but it costs money to refund money. 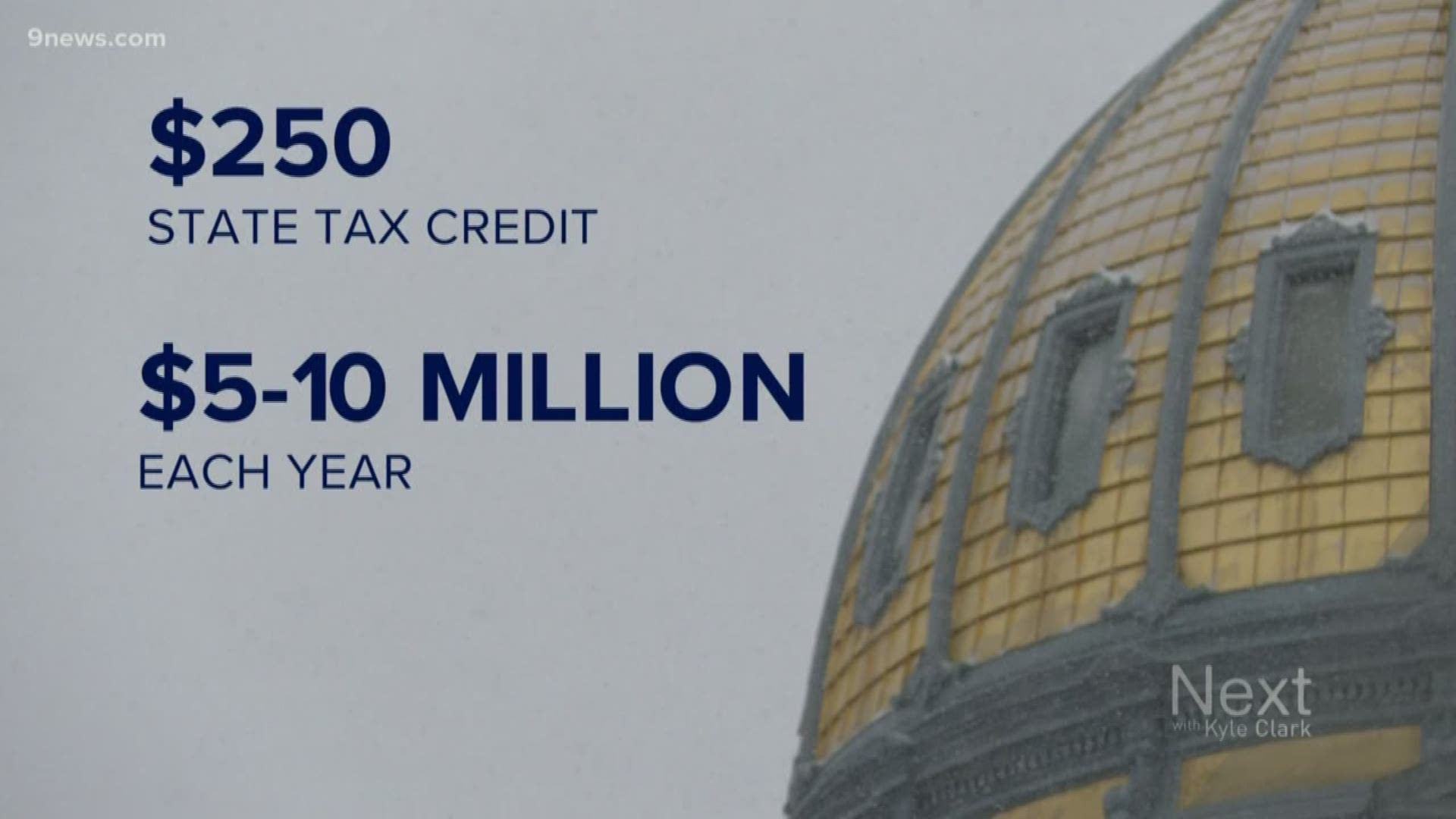 DENVER — How much money do you spend on your own job?

Do doctors provide their own gauze? Pilots their own jet fuel?

We, certainly, don’t have to provide our own cameras on Next with Kyle Clark.

Ask any teacher and the story becomes what don’t they spend their own money on.

"I remember the last year I changed classrooms, I spent just over $850 of my own money," said Rep. Bri Buentello, D-Pueblo.

Buentello is a former special education teacher in Pueblo, Colo. Now, she's a lawmaker joining a previous Republican push to refund some of that money to up to 60,000 Colorado educators.

"We're asking teachers year after year, to pay money out of their own pockets for supplies, so our children can succeed, and we believe that it is only right that the state of Colorado honors this contribution that we give our teachers money back where we can," said Buentello.

The proposal would allow teachers, principals and other educators to get a state tax credit for buying school supplies. Federal tax code allows for educators to get a deduction on up to $250 worth of school supplies. The original bill debated on Monday would let those educators get a state tax credit for purchases between $250 and $750. During its committee hearing on Monday, it got amended to purchases between $250 and $500.

"Here is an opportunity, where we, as state legislators, are able to put something back in their pockets and it equals the amount of money that they have personally invested in their classroom," said Rep. Mark Baisley, R-Douglas County.

There are two versions of this bill currently introduced at the state capitol. Last year, Sen. Owen Hill, R-Colorado Springs, sponsored a version, but it died in its first committee.

Now it has bipartisan support.

It also comes at a cost.

It would cost the state between $5 million and $10 million each year to credit up to 60,000 educators. It would also cost the Department of Revenue millions just to make the credits possible.

"We certainly see this as a wild imagination from our friends across the street over in the Department of Revenue. They have overreached, we believe, in estimating how much this administratively will cost to them."

"Refundable tax credits, which this is, have a higher prevalence for fraud," said Eric Myers, Director of Taxpayer Services for the Colorado Department of Revenue. "People may confuse the intent of the tax credit with just spending money on back to school items, and we want to prevent that from happening and only give it to educators who are eligible for the credit."

Myers explained that the Department of Revenue would need to hire new employees to handle the review of educator tax credits on top of the other tax credits offered by the state of Colorado.

"We need to do a manual review on these since there's no system out there that can identify what's on a receipt, for us to go in and look at and make sure those are eligible expenses," said Myers. "Our concern is that those who are ineligible for the credit would also cause some workload for us."

Before it passed out of its committee on Monday, it received a rebuke from a Democratic lawmaker.

"If we are patting ourselves on the back for this, I am a no vote on it. If we're acting like we have addressed this problem by doing this, I am a no vote on this. Because it does come from the same pile of money where we pay for school finance," said Rep. Matt Gray, D-Broomfield. "If we're going to pat ourselves on the back and act like, 'Congratulations legislators, you've done your job!' I'm out."

He said his concern was taking money from the same pile of money that is currently used to fund schools overall.

It goes to the House Appropriations committee next, where lawmakers will briefly scrutinize the amount it could cost the state to administer.