When will Colorado's new traction law be enforced, and what would enforcement look like?

Part of implementation means figuring out what can be done to make sure people follow the law before a big crash on I-70, instead of citing drivers after. 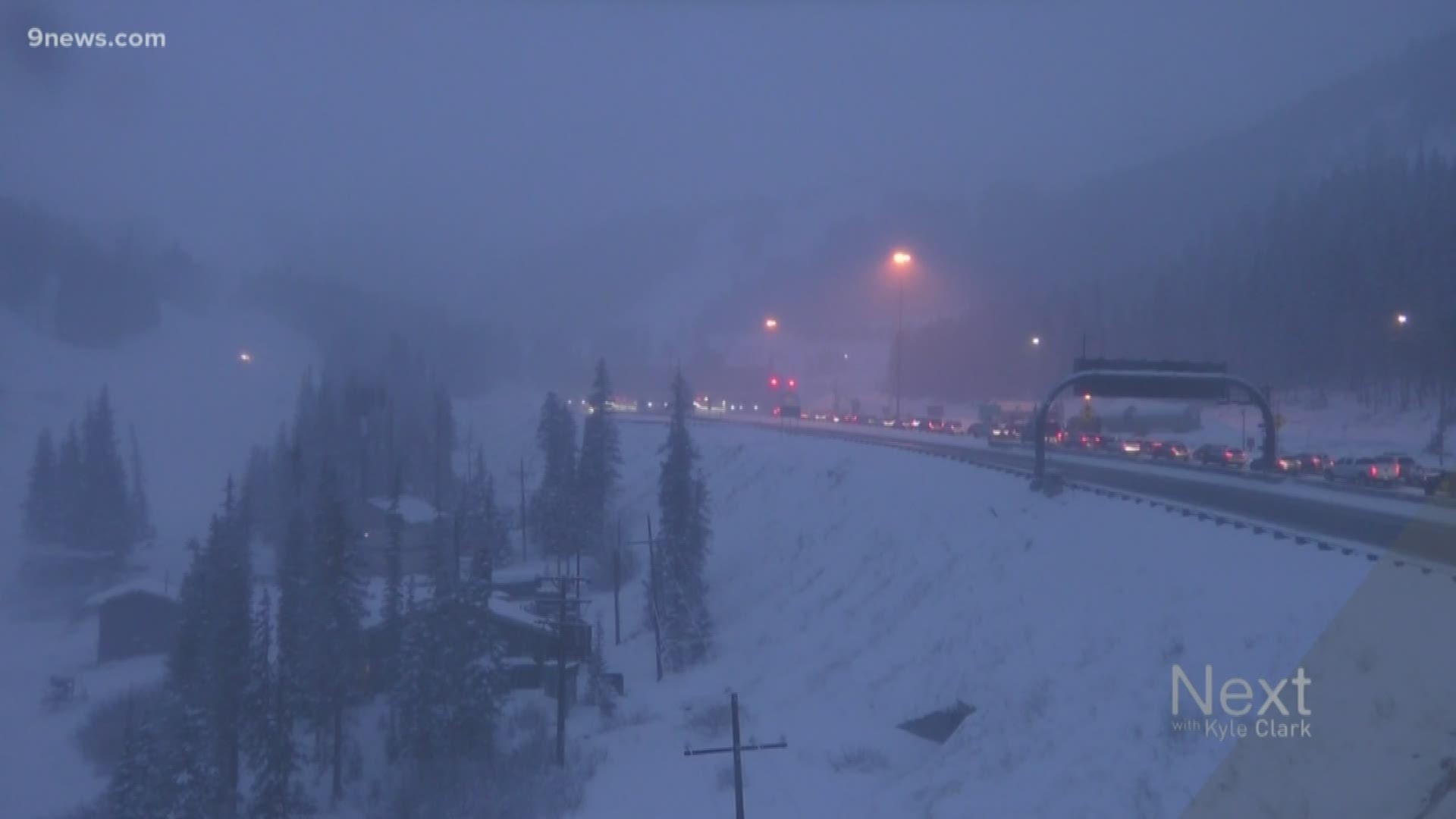 DENVER — Colorado adopted a new traction law in 2019, and if drivers follow it, they will have a better chance of avoiding a weather-induced pile-up on I-70.

But Wednesday, when a snowstorm came through Colorado, I-70 closed in the high country.

This was the second time the law has been put to the test this season, and some people have wondered if the new law is working.

If you ask law enforcement, it’s too early to know, partly because the specifics of the law are still being sorted out by Colorado State Patrol (CSP), the Colorado Department of Transportation (CDOT) and state lawmakers.

WHAT IS THE LAW?

The law mandates that vehicles always need to have either snow tires or carry some sort of traction device (like chains or tire socks) if they’re not four-wheel drive or all-wheel drive. The law is in effect from September to May, and it applies to drivers on I-70 between Dotsero and Morrison.

Tires also have to have a tread of three-sixteenths of an inch.

Traction rules can still go into effect on any state corridor at any time. This law, however, is in effect at all times during those months, regardless of weather conditions.

RELATED: Snow totals: Here's how much fell during the midweek storm

IS IT BEING ENFORCED?

CSP hasn’t cited any drivers for not having proper gear, and one of the sponsors of the original bill, State Rep. Dylan Roberts (D-Eagle), told 9NEWS Thursday he expected that.

Lawmakers, CSP and CDOT have been focused on education for now and are still figuring out what enforcement is going to look like. Part of that means figuring out what can be done preemptively to make sure people follow the law before a big crash on I-70, instead of simply citing drivers after an interstate shut-down.

WHAT ARE THE OPTIONS?

The law passed in May. Lawmakers, CSP and CDOT had a few months to start drafting ideas for implementation.

WHEN WOULD IMPLEMENTATION START?

None of those options are official, but the report said parking lot surveys "would be a good first step," and there's potential to start that this winter. The other ideas require more vetting.

For now, CSP and CDOT are simply trying to educate drivers about the new law.

"With respect to enhanced corridor management, CSP and CDOT can continue to maintain the status quo on those strategies next winter season, while at the same time evaluating areas for expansion and the resources required, both in terms of law enforcement officers, Safety Patrol/Heavy Tow, and infrastructure. Additionally, CSP can emphasize traction law enforcement a secondary offense," the report said.