Vandalism is happening across the country, but locally the Cherry Creek School District confirmed damage at two schools. 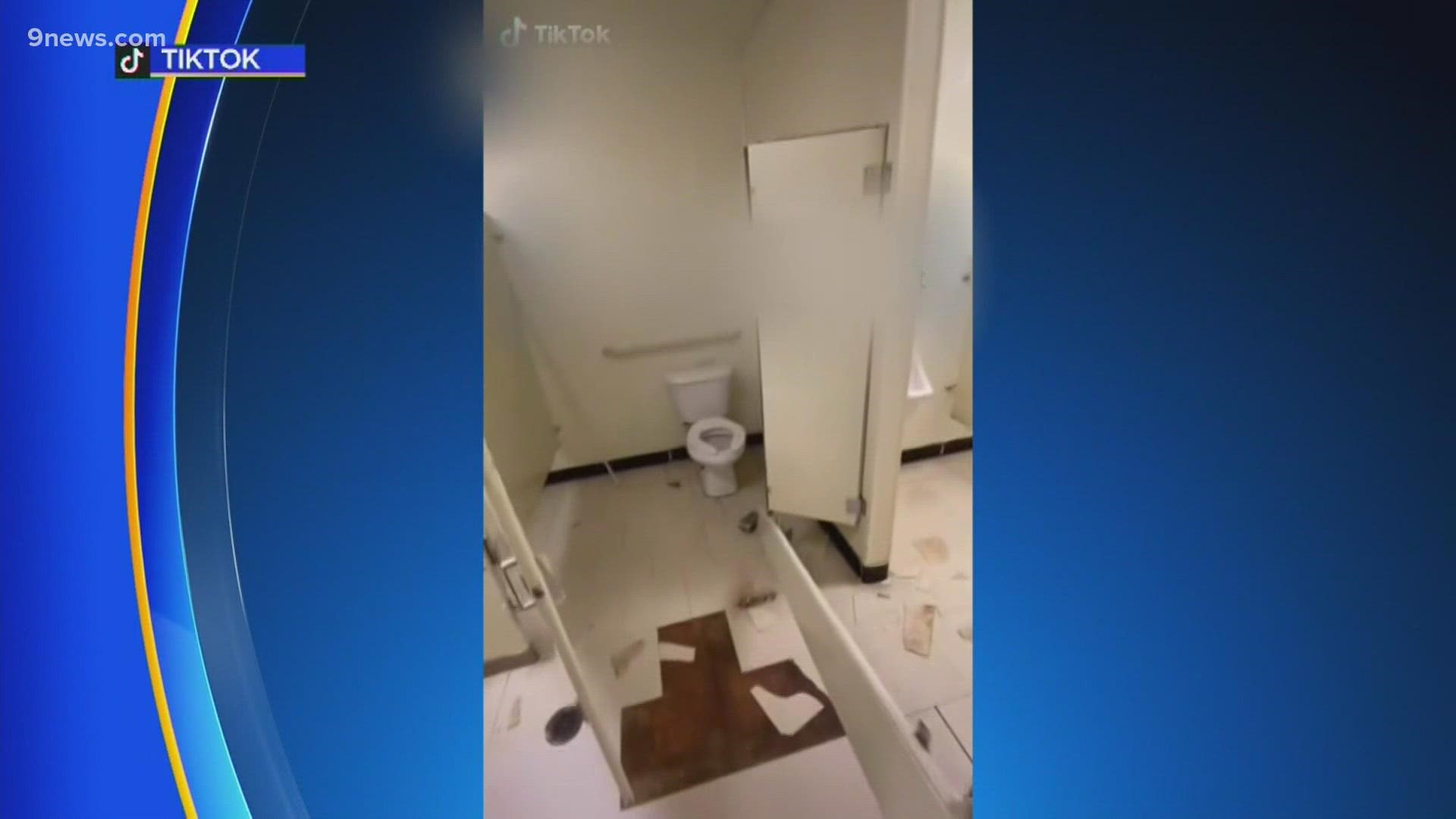 ARAPAHOE COUNTY, Colo. — A trend on TikTok has led to vandalism and thefts at schools across the country including some here in Colorado.

Earlier this month the Cherry Creek School District (CCSD) sent a communication to families that "some" students had participated in the "devious licks" TikTok challenge that involves the theft and destruction of school property on school grounds.

According to the district, things such as soap, toilet paper dispensers, and mirrors were damaged or destroyed. They had issues at both Grandview High School and Sky Vista Middle School.

"At first it started off as little stuff so like they would just take soap dispenser or like a roll of toilet paper, but then people started taking bigger stuff like a urinal I think," said Sky Vista eighth grade student Emma Dengah.

The district said some schools are temporarily limiting phones and bags in bathrooms. Staff are also monitoring halls and restrooms to prevent more damage from happening.

RELATED: Denver mayor says vandals will have to pay for damage; Can that be enforced?

"It got so bad that all the bathrooms at my school were locked for like a week," said Dengah. "So there's only like one bathroom unlocked for the whole school and there's a security guard."

In its note to parents, the district asked parents and guardians to have conversations with their students about the impact of vandalism and theft of school items.

The district also said that students involved in the vandalism could face suspension, law enforcement referral, and/or expulsion. They could also be asked to pay restitution for repairs.